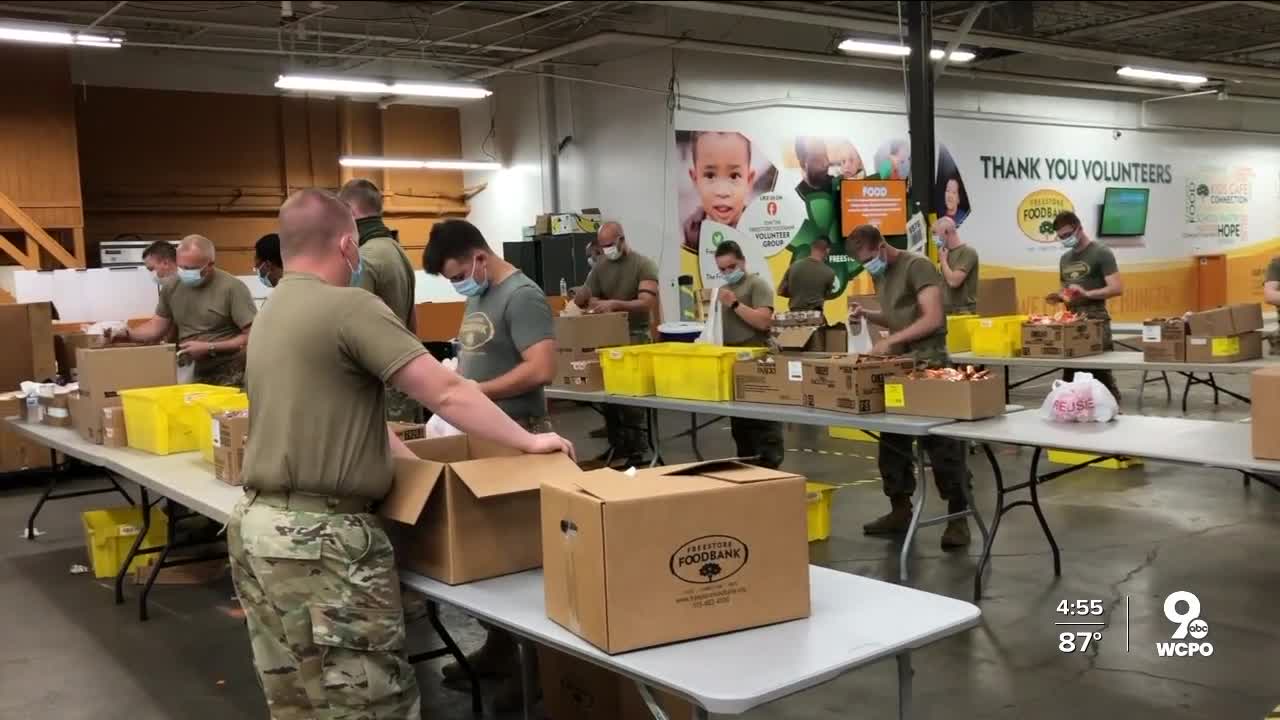 The Freestore Foodbank is having a virtual food drive this week to raise money for its Power Pack program. WCPO 9 and the Scripps Howard Foundation are matching donations made up to $12,000. Furniture Fair is also a sponsor.

Marshelle Blackwell loves her job. And her favorite part is making sure kids have food to eat on the weekends.

“They really depend on those Power Packs and they get excited about them,” said Blackwell. She is the family resource coordinator at Latonia Elementary School in Covington.

Blackwell said Latonia Elementary School is a "high poverty" school. But, it's far from the only one. According to Trisha Rayner, executive vice president for external affairs for the Freestore Foodbank, 80 percent of the school children in the Tristate qualify for free or reduced-cost school meals during the weekdays. The Freestore Foodbank tries to take care of meals on the weekends with their Power Pack program. However, COVID-19 has increased the need.

That's why the Freestore Foodbank is having a virtual food drive this week to raise money for its Power Pack program. WCPO 9 and the Scripps Howard Foundation are matching donations made up to $12,000. Furniture Fair is also a sponsor. Donations can be made online.

“What I see is that children really depend on the Power Pack program. Not only the children, but the families do,” Blackwell said. “It’s that one constant thing in their life.”

Meanwhile, not only has COVID-19 left more families needing help from the Freestore Foodbank, it has drastically reduced the number of usual volunteers the organization sees to help them pack the food bags that are sent to schools to distribute to kids. This week, the Ohio National Guard has pitched in to help bag and box up the food.

Rayner said about 75 Ohio National Guard members have been helping them out in a variety of ways. In one week, they have been able to bag about 9,000 meals. But, there is some concern about keeping the assembly line going after they are scheduled to leave in early August.

"We’ll continue to pack those. We hope that the Ohio National Guard can stay with us a little bit longer and they extend their time,” Rayner said.

Making sure children don't go to bed or to school hungry has a major impact on their ability to function in school and other areas, according to Blackwell.

“What I see is on my days for Power Packs, I usually have perfect attendance for all of my students on the list,” she noted.

Latonia Elementary School has children in need in every grade from kindergarten through fifth grade, Blackwell added.

“A lot of people don’t realize that a lot of our working families are food insecure just because of the way federal guidelines are set up,” said Blackwell. In some cases, she said, families are just a few dollars over the federal threshold to be eligible for federal food assistance programs.

“I think a lot of people just kind of assume that there are already provisions made for these families,” said Blackwell.

School teachers and administrators across 20 Tristate counties identify students in need, and make sure they get bags filled with non-perishable food and snacks for students to take home for the weekends.

Blackwell said this year she received a thank you letter from a 5-year-old student.

"She said, 'Miss Blackwell, you don’t have to do this for me, but you do and I’m so thankful,'” Blackwell said. "It’s just little things like that that help our students, that create a sense of community, sense of belonging.”