Hamilton touts success of its program

The city of Hamilton is looking to expand its DORA program in hopes of bringing more revenue to the area during the pandemic. 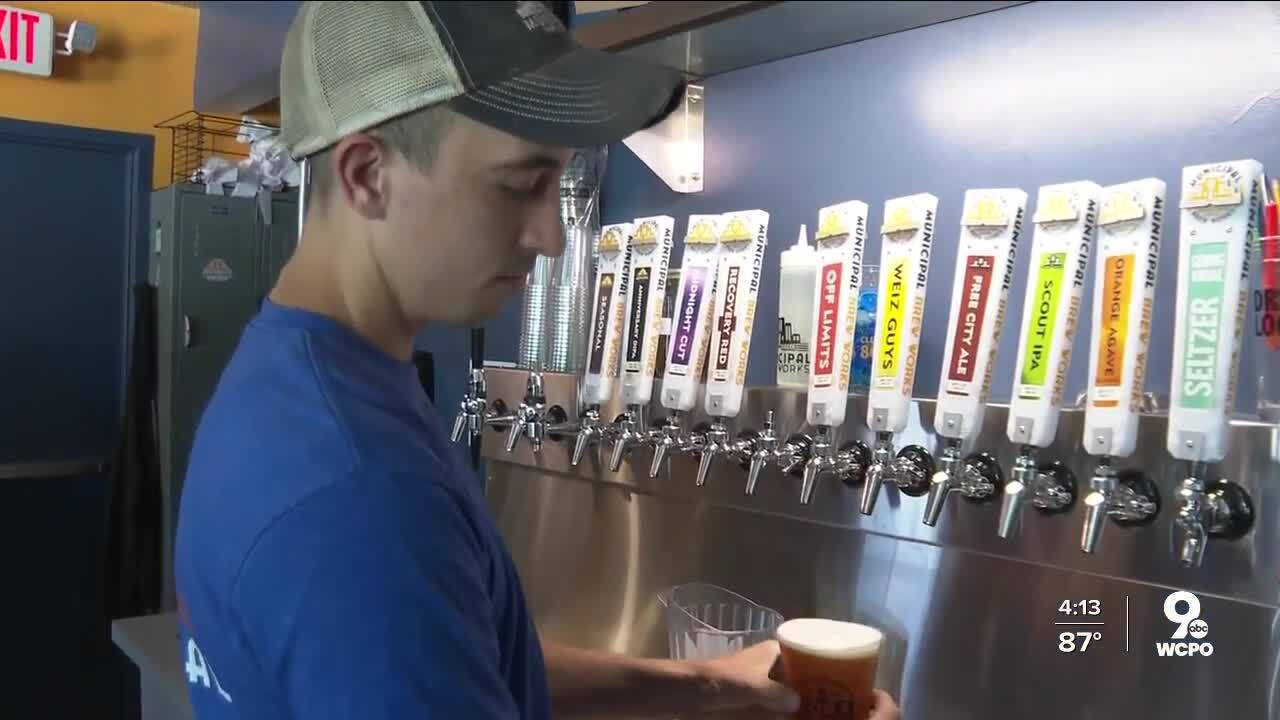 HAMILTON, Ohio — Designated outdoor refreshment areas - or DORA’s - have been popping up all over the Tri-State in the last few years, but their popularity has seen a huge boost during the coronavirus pandemic.

The City of Hamilton says its DORA has been so successful this year it is now looking to expand it to get more businesses involved.

Hamilton’s DORA includes Municipal Brew Works, where a huge portion of sales have been those to-go DORA cups.

“The last couple months have been different, to say the least,” said Dalton Lubbers, Taproom Manager at Municipal Brew Works. “A little chaotic at times.”

Lubbers has helped the business adapt to the new COVID-19 restrictions. He said the business has relied heavily on DORA customers during the pandemic.

“The DORA cups are definitely more utilized now than they were before just because it’s kind of the only option you have,” Lubbers said.

That consistent revenue from DORA has helped Municipal Brew Works stay open and helped the owners keep people like Lubbers employed. Numbers during the pandemic show more people are trying out Hamilton’s DORA than ever before.

“It has been really helpful for people to come and get a beer and then carry on,” Lubbers said. “That way they’re distancing themselves from not only us but others as well.”

“The first two years that we had the DORA we went through roughly 10,000 DORA cups,” said Jacob Stone, City of Hamilton Public Communications Specialist. “This year, so far, we’re near 30,000.”

The city hopes to expand its DORA 7 blocks east along High Street to Erie Boulevard and about 3 blocks south along B Street. Four new bars and restaurants will have the option to join the DORA program.

“Now is the perfect time because especially in today’s age this has been such a great tool for local businesses,” Stone said.

“They’re not taking as big of an impact from decreased sales because they have that increased capacity to continue their day-to-day operations.”

The city council will vote on the DORA’s expansion at next week’s meeting. If passed, the city will likely put those changes into effect in July.