Why AARP is pushing for more transparency 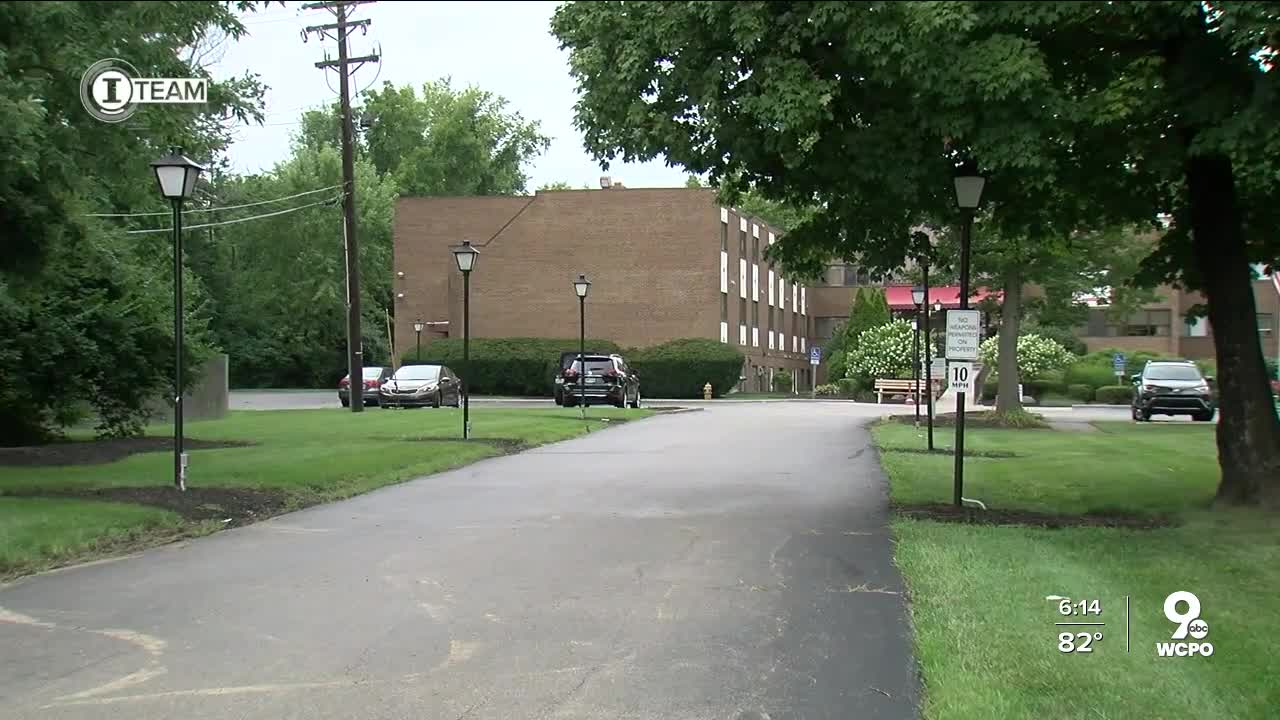 Advocates for the elderly, including the AARP, and some media outlets are pushing for more information about COVID cases and deaths at nursing homes state and nationwide.

CINCINNATI - Debbie Lackey got a call from a Clovernook Healthcare nursing home worker on April 30 who said her mother, Odessa Williams, was struggling to breathe and had been taken to a hospital.

A day later, the hospital reported that her 82-year-old mother had tested positive for COVID-19.

Stunned by the news, Lackey and her daughter, Shannon Myatt, went to the Ohio Department of Health’s website, where weekly totals of COVID cases at nursing homes are listed.

“We looked at the website and saw that there were 25 residents and four staff that were positive,” Myatt said.
Gov. Mike DeWine announced a state order on April 13 requiring nursing homes to notify residents and their families within 24 hours if anyone tests positive for COVID.

But Lackey said she never got a letter or a phone call from Clovernook.

But in a statement to WCPO, director of operations Bob Zimmer wrote, “Clovernook Healthcare is extremely diligent in following all recommendations set forth by the Centers for Disease Control, Centers for Medicare and Medicaid Services, and the Ohio Department of Health to reduce the risk of transmission and we will continue to work closely … for the most up-to-date health advisory information and guidance to ensure the health and safety of all our residents and staff. In this regard, all appropriate letters/notifications were sent beginning on April 13.”

Lackey said she was never notified of a COVID outbreak at the facility.

“I never got a call about anyone in the nursing home having COVID,” Lackey said. “There could have been a way for some of the seniors, had their families known, to be transported out of there. We don’t know because it didn’t happen that way.”

Her death underscores why advocates for the elderly, including the AARP, and some media outlets are pushing for more information about COVID cases and deaths at nursing homes state and nationwide.

In Ohio, 68 percent of COVID deaths are linked to residents of long-term care facilities, according to the most recent state health department data.

Three other residents who lived on the same floor as Williams at Clovernook also died of COVID, based on conversations Lackey said she had with family members. But she hasn’t been able to confirm that with the state.

Ohio does not disclose the number of COVID deaths linked to each long-term care facility. But other states such as Kentucky, Indiana, Tennessee, West Virginia and Michigan do report it.

An Ohio Department of Health spokeswoman said state law prevents officials from releasing how many residents of a nursing home have died from COVID because of privacy concerns.

“Not releasing death information in nursing homes is in line with our policies to reduce unnecessary intrusion into people’s lives," health department spokesperson Melanie Amato wrote in a statement to WCPO. "It is not fair to the family of the patient who passed away.”

Elaine Ryan, vice president of state advocacy for the AARP, said there is nothing in Ohio’s law that bans releasing that information.

“We’re in a pandemic where information matters,” Ryan said.

“Let the taxpayers know what’s going on,” Ryan said. “Let families know how they can make life and death decisions on behalf of their loved ones who have little to no information in those facilities.”

Lackey said the only phone call she ever got from Clovernook about COVID was a robocall after her mother had died notifying her that the facility was COVID-free. That's why Myatt said she filed a complaint with the state health department last week.

When Myatt visited her grandmother at Clovernook on the night before she died she said a nurse at the nursing home was not wearing a mask or any other protective gear.

The state’s most recent health data shows that 39 residents and 17 staff members at Clovernook have tested positive for COVID since mid-April.

As of last week, Clovernook did not have any active COVID cases. Zimmer declined to discuss Williams' death, but said the facility achieved a perfect infection control survey with the Ohio Department of Health on June 4.

“We probably wouldn’t get involved one way or another,” Van Runkle said. “We’ve got a lot of issues to deal with. That wouldn’t be very high on the priority list.”

At the top of his priority list: returning the results of COVID testing of nursing home staff more quickly. The National Guard is currently conducting a second round of this testing in Ohio.

“That’s just ridiculous, because how can you take action to prevent spread if someone is positive, but you don’t know it for 14 days?” Van Runkle said.

Kim Wright, a supervising epidemiologist at the Cincinnati Health Department, has also noticed a backlog in COVID testing results.

The city’s health department had to postpone pop-up COVID testing on Aug. 4 because it couldn’t find a laboratory that could return results in a reasonable amount of time, she said.

“Right now, anybody who wants a test can walk up to a pop-up clinic and get a test, so we’ve exponentially increased the number of test specimens that are going to our labs and they’re running at full capacity,” Wright said. “That’s why there’s a backlog.”

Depending on the laboratory, COVID test results can take between two and 10 days to be returned, she said.

Each day hundreds of people could wait up to 2 1/2 hours at a pop-up site in Cincinnati for a COVID test. Some are turned away each day, she said.

“If you’re just curious about it and you weren’t exposed to someone who is a confirmed case and you don’t have symptoms, it’s not worth the wait,” Wright said. “If we could get those folks to just hold back a little bit and let the people who really have a good reason to get tested go first, that would help.”

Overall, Wright said, the situation is improving in the city due to increased mask wearing and social distancing.

“This number is coming down," Wright said. "Everything everyone has done, especially in the long-term care facilities, is improving this so we have fewer people dying in the city of Cincinnati."