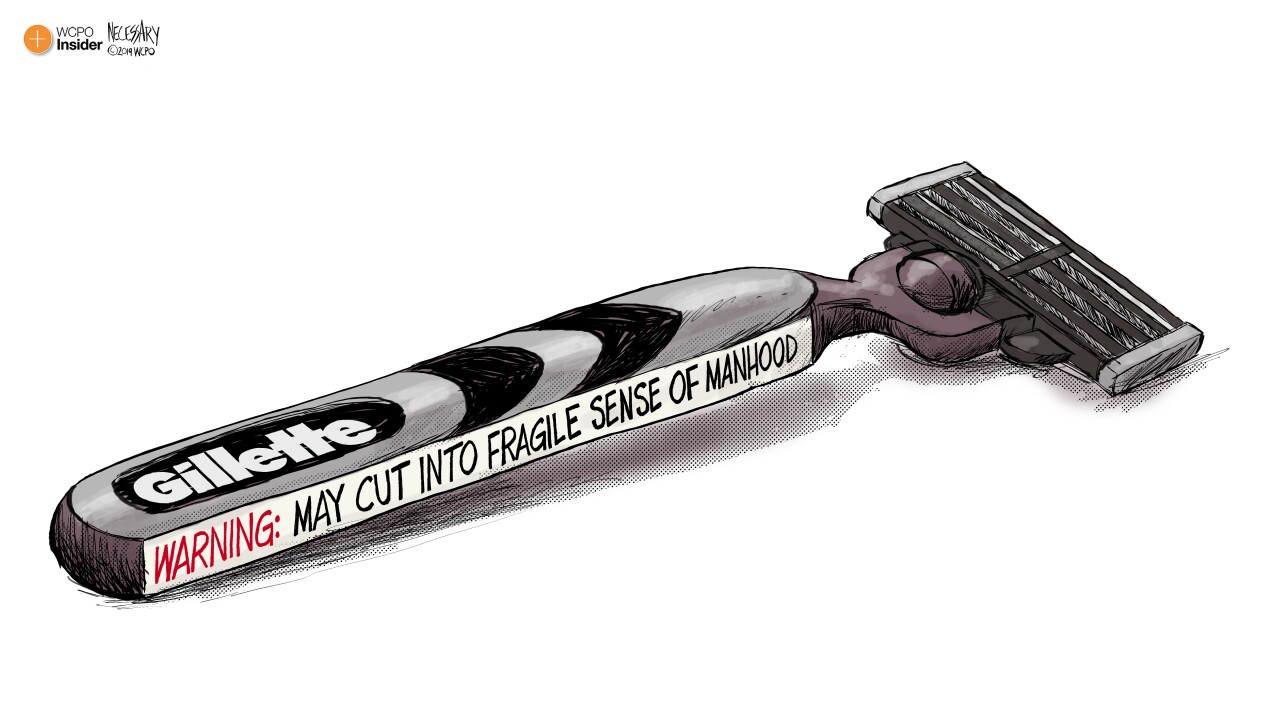 Some overly sensitive guys are having a bad case of ego razor burn. Gillette, the Procter & Gamble-owned razor company, released a nearly two-minute ad encouraging men to do horribly unmanly things such as be nice, stop bullying and treat women with respect.

But this message of asking men not to be sexual predators and teach boys how to be respectful didn’t provide a smooth shave for everyone. A segment of men, presumably those still offended that "Star Wars" has a female lead character, has taken to social media, decrying Gillette for questioning their manliness and, perhaps, manhood in general. A few of these men, whose fragile sensibilities were cut by a razor company’s ad about being good guys, are even trashing their Gillette (and other P&G) products. Here’s hoping that when they settle on a new brand of razor, they’ll find something that’s made for extra sensitive thin-skin.