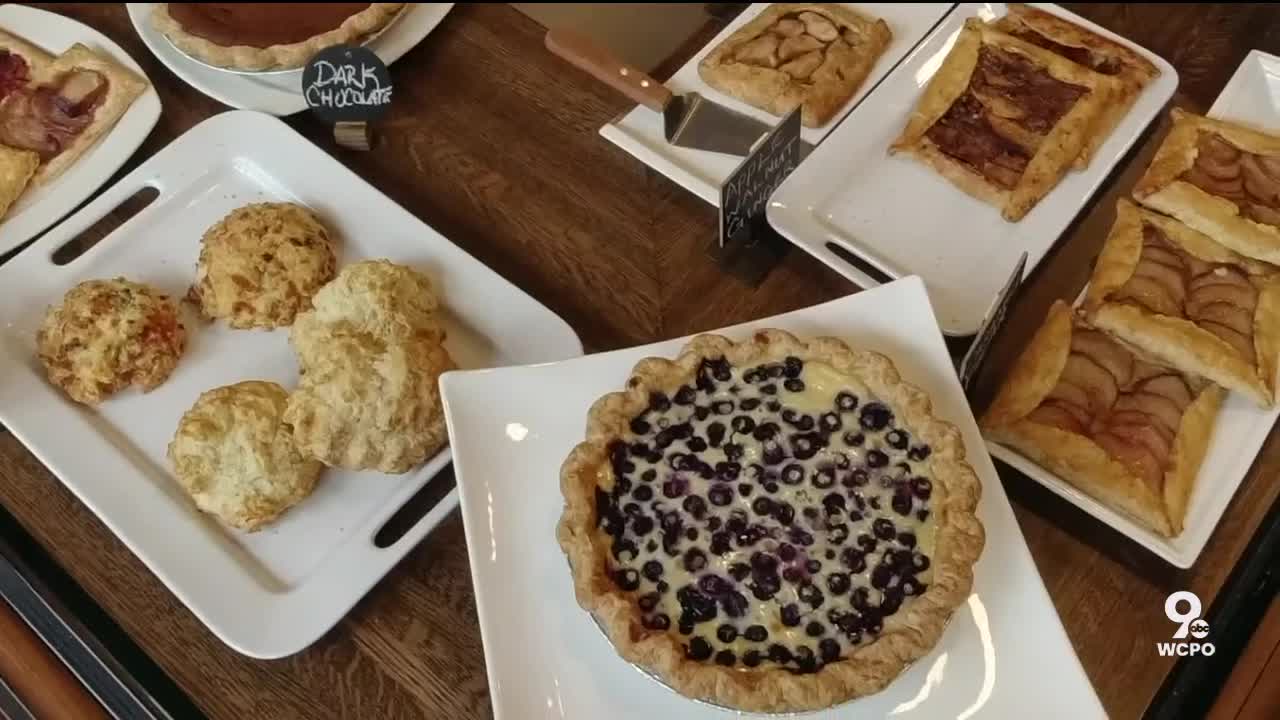 The second location is designed more for the pedestrian traffic of those who work and live in or near Downtown. 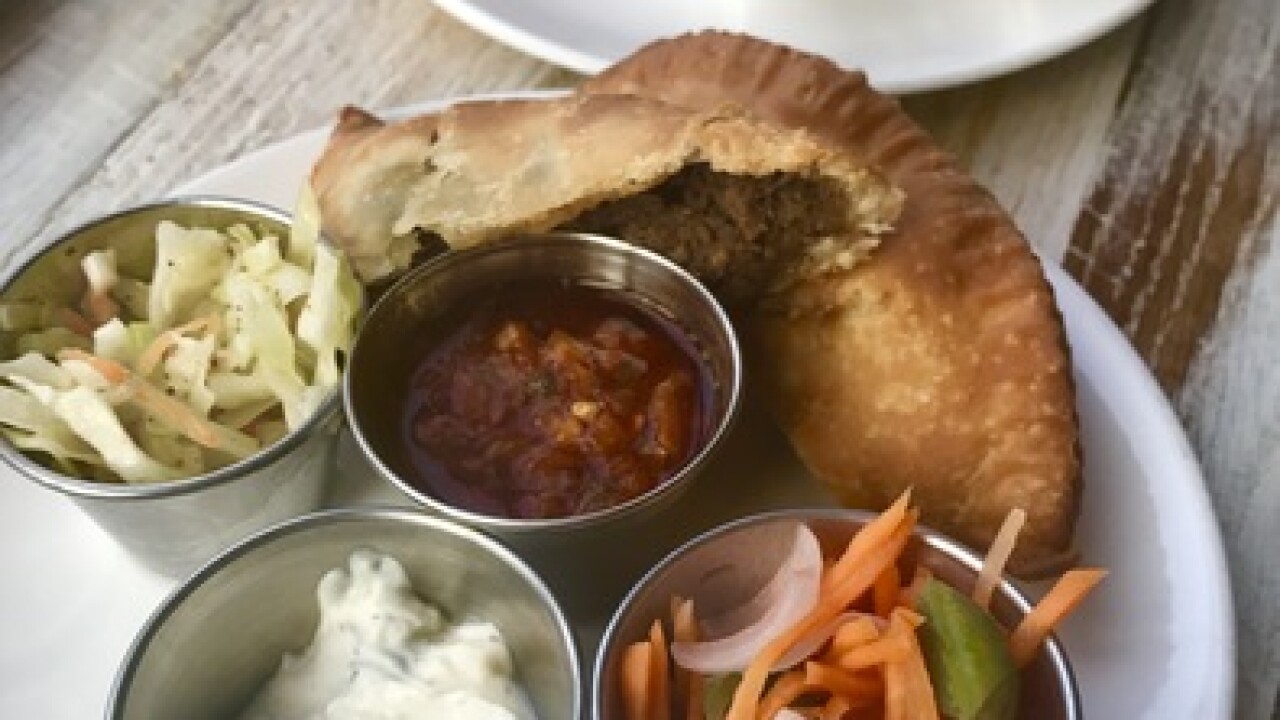 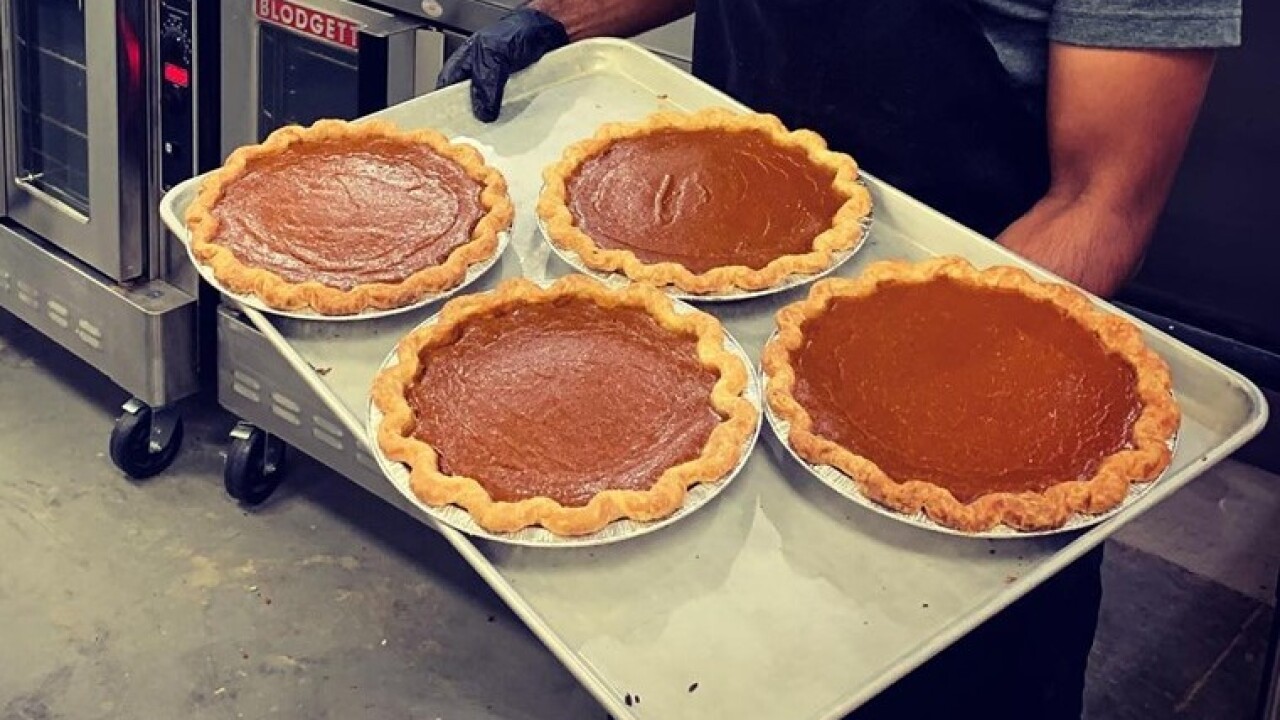 CINCINNATI — Lou Ginocchio and his team were close to opening a second O Pie O location in early March. Then came the coronavirus pandemic.

"We were in the late planning stages to open down here," Ginocchio said. "Had already invested, you know a good deal of money, time, and effort and then things went haywire."

Ginocchio said it was fortuitous that from its inception the second O Pie O was slated to be more grab-and-go location than the original O Pie O that opened in 2015 at 1527 Madison Road in Walnut Hills.

"The atmosphere (in Walnut Hills) that we are trying to portray is one of a comfortable place to grab a slice of pie with friends and family," he said.

The second location, which opened at 7 a.m. Friday at 32 E.13th St. in Over-the-Rhine was designed more for the pedestrian traffic of those who work and live in or near Downtown, Ginocchio said.

"Down here in Over-the-Rhine it is a bit different," he said. "It's you come in the door and you are hit with the display case and the grab-and-go cooler and the take-and-bake freezer."

An unintentional bonus of the new location's design is that it is easier for Ginocchio and his staff to maintain social distancing and other safety protocols.

"As soon as it's over, we'd love to open our dining room and our courtyard patio but we are really happy to be able to open now," Ginocchio said of the new location that is currently only offering carryout.

The one thing that is the same at both O Pie O locations though is the pies, which have made the restaurant a Walnut Hills staple.

"We define pie as crust and filling," said Ginocchio, who is also known as O Pie O's chief baking officer. "So, we have pop-overs, galettes, traditional sweet pies, hand pies."

For anyone coming to either O Pie O location for the first time, he recommends trying "the biscuits, the honey vinegar pie, which is our most popular pie. It's a bit like creme Brule and chess pie had a baby. And the newest one, the blueberry pancake pie is pretty darn delicious."