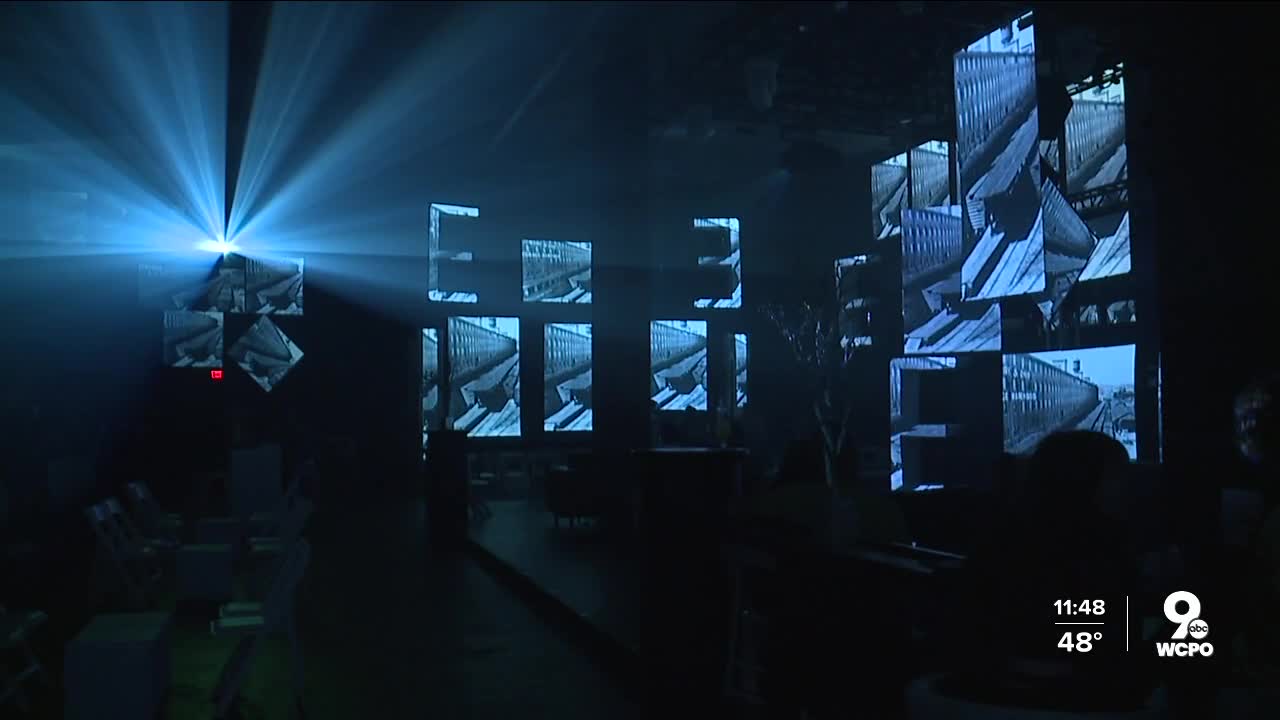 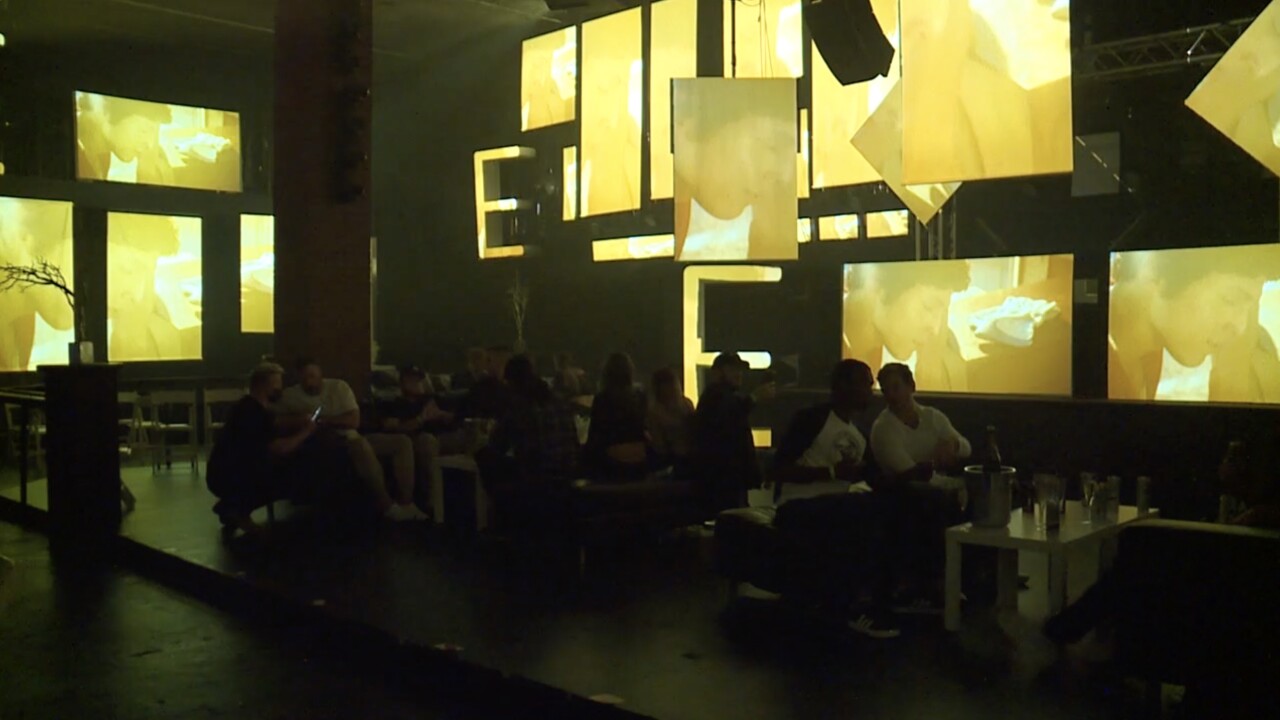 CINCINNATI — Energy Nightclub, near The Banks, closed down in March at the start of the COVID-19 pandemic. Now, months later, it's reopened and reinvented itself in an effort to redefine club culture as the pandemic continues on.

The newly named Energy Lounge reopened Saturday night looking very different from the business that closed down earlier this year.

Instead of a packed dance floor and busy bar, tables and couches have been placed in socially distanced spacing for seated customers there to enjoy an audio-visual entertainment experience.

"Hopeful to stick around, you know?" said Danny Scott, owner of Energy Lounge. "I don't see nightclubs and packed dance floors coming back anytime soon, so we've got to do something to create some revenue and still entertain people."

Floor-to-ceiling screens with projectors and lights cover the walls and create a show with music videos, scenic landscapes and the occasional story that reminds patrons why the club needed to adapt and change into something new.

"That's why we created something new," said Scott. "We know that packed dance floors -- it's not allowed right now. It's not possible. It's not good for the community. So we put together something special. Something neat."

Typically, Scott said the club would serve around 1,000 customers every weekend. Saturday night saw 60 to 70 customers. Scott said it's barely enough to cover the cost of reopening, but he hopes more people will start coming and the new business model they've adopted will help them stay alive as a business.

Scott said he's going to determine, based on successes as the business reopens, how often to host events moving forward. He said, as of now, there are definite plans for a Halloween event.