Traditionally, late June in the Queen City is when thousands of runners and walkers gather to train as part of paid-for organized groups for a fall full or half-marathon. 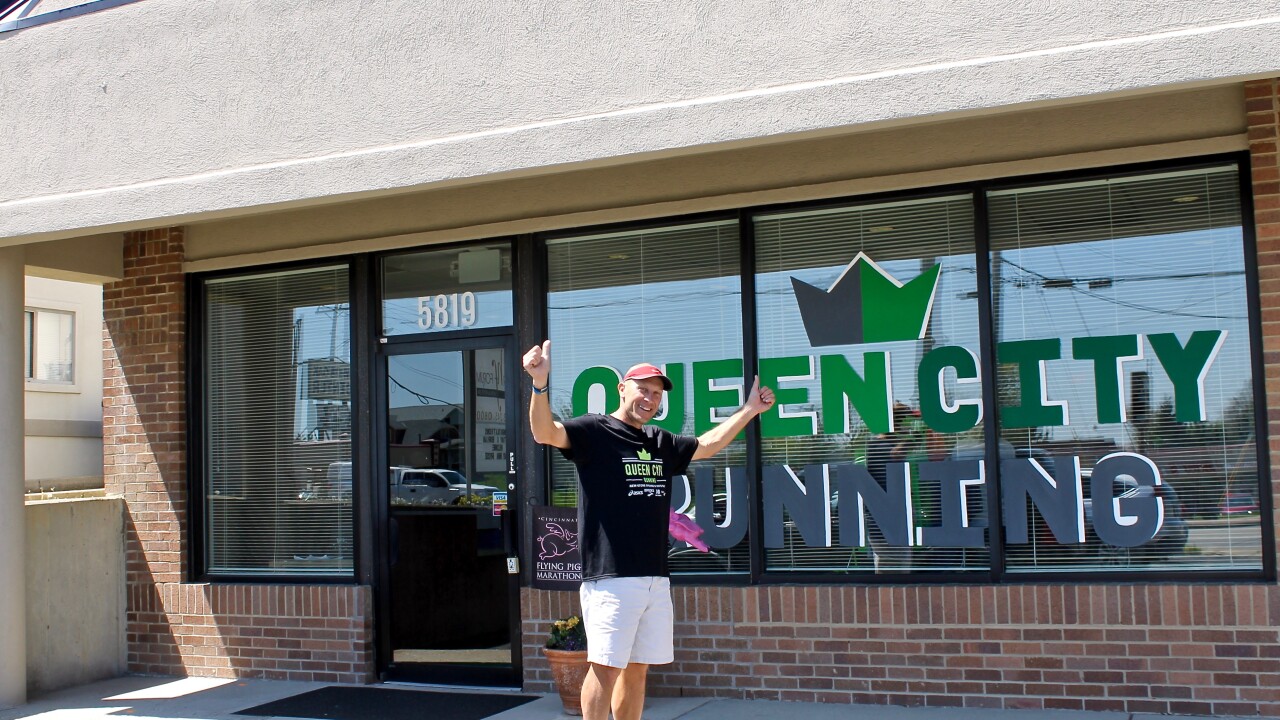 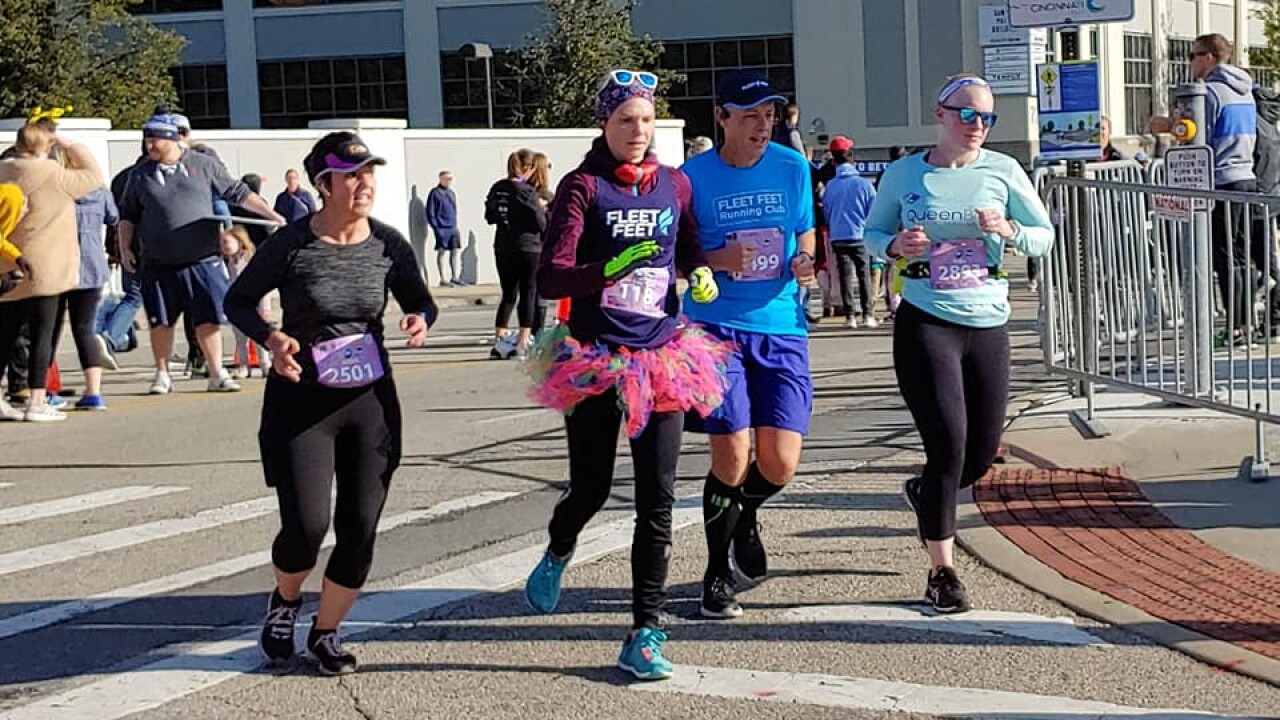 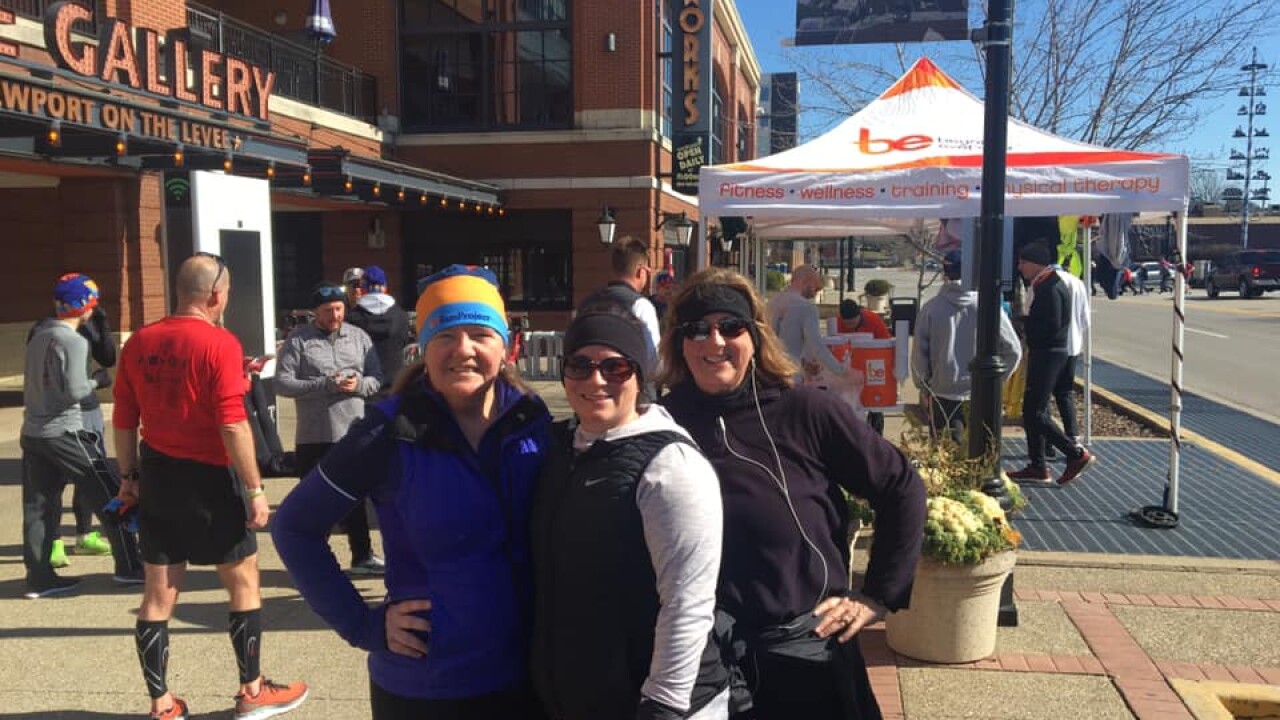 CINCINNATI — Traditionally, late June in the Queen City is when thousands of runners and walkers gather to train as part of paid-for organized groups for a fall full or half-marathon.

This year is different. Multiple organizations that organize group training programs have spent the past few months reinventing those programs in the wake of the coronavirus pandemic.

Loving said under normal circumstances, Fleet Feet attracts about 1,000 participants to its fall and spring marathon training sessions. Those participants usually meet twice a week at one of Fleet Feet's three Greater Cincinnati locations, where they are led by coaches through routes and strength training exercises.

"And now we are looking at nobody coming into the stores to run as a group," Loving said.

"We've come up with some great challenges and rewards just to keep people motivated," Loving said." I know I and one of our coaches will be going out to our sponsors and doing behind the scenes little video snippet just to give people a little glimpse of what else is out there."

The group is also planning virtual scavenger hunts for runners while they are training alone.

"We're notorious for doing scavenger hunts and so we love to throw those in," Loving said.

Fleet Feet is not alone in re-imagining its training program since the onset of the coronavirus pandemic. The Beyond Exercise Run Project in Oakley launched its own virtual training program on Tuesday.

"What we've done is essentially create our own world," said Rick Lukin, head coach of the BE Run Project. 'We're doing something called the BE Grand Prix, which is essentially allowing everyone to race against each other."

The new virtual training program Lukin created began with a two-mile time trial run. Participants were asked to run as fast as they could for two miles and then upload data from their GPS watches or other devices to a special page on Beyond Exercise's website.

"We're doing these incremental time-trial races as we go through the season," Lukin said.

He added a participant's ranking in the BE Grand Prix is based not on who is the fastest but weighted measurements to determine which runners and walkers have improved the most based on those time-trials.

"That will allow anyone from a walker to a six-minute miler to compete with each other within the same program," Lukin said. "Which is kind of cool. It levels that playing field a bit and it allows everyone to interact with each other, where interestingly enough with in-person training, you know sometimes the six-minute-milers and the walkers don't have a lot of interaction."

"It's going to put everybody on a leader board and create a sense of, of we'll say friendly competition."

Whereas Lukin and Loving have put a lot of time and effort into what BE and Fleet Feet offer through virtual programs, Joe Brinkmann has spent just as much time determining how to bring runners together safely to train through Queen City Running.

"We're looking to break into smaller, certainly more manageable pieces for our group so we can safely socially distance before and after," said Brinkmann, who opened his first Queen City Running retail store location in White Oak in 2016. "I think we all know that when we get out running, we're going to spread out quite naturally. But it's the points that when you are together before and after that I think are the biggest concerns."

Brinkmann said he surveyed his more than 600 training group participants in designing Queen City's fall program that will consist of small clusters of no more than 20 runners and walkers who will meet at up to 12 different locations throughout Greater Cincinnati.

Brinkmann said he plans to monitor the situation and adjust Queen City's training program as necessary.

"For the short term, the big thing they are going to enjoy is they're going to be able to get out there together even if it is a smaller piece than what they are traditionally used to," he said of those who sign up to train with Queen City.

No matter which route a running group takes, Loving said upending the social aspect of group training for long-distance races is difficult for everyone.

"I think that is the hardest part about our training program is because we've become such a close-knit family," she said.

For more information about each group's training programs visit their respective websites at www.fleetfeet.com, www.queencityrunning.com and www.gobeyondexercise.com.