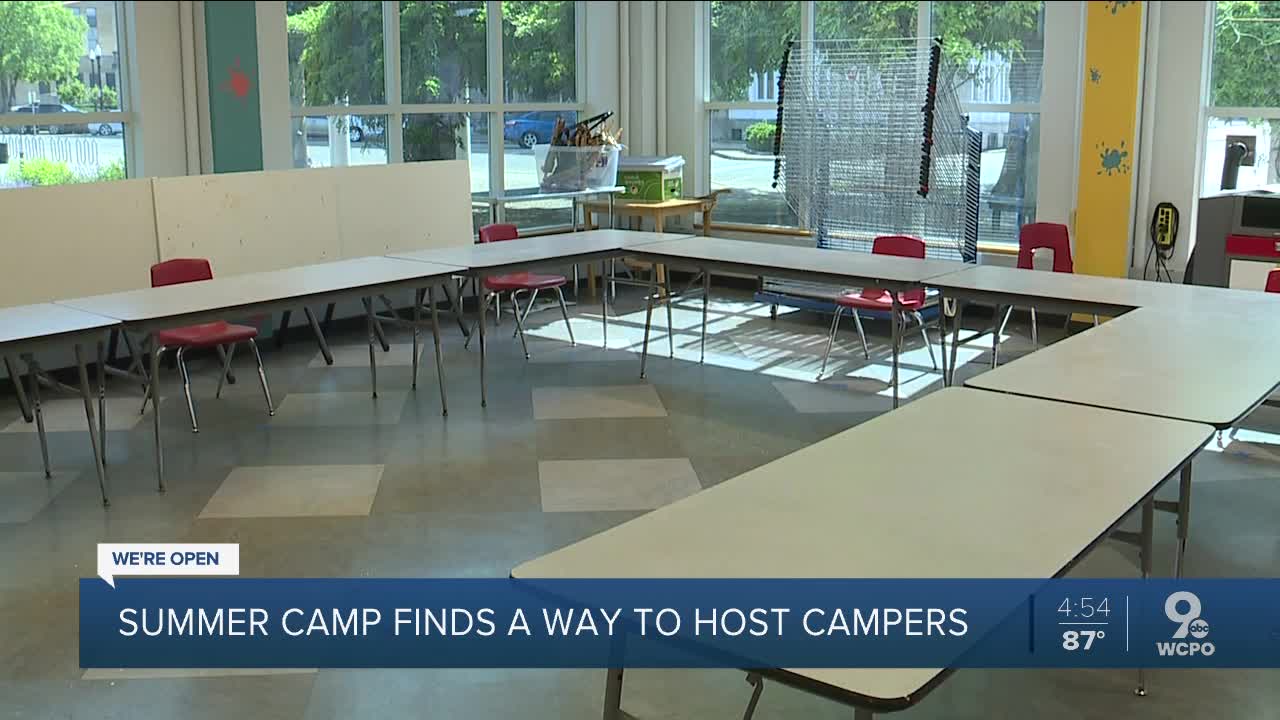 This was not a typical school year for most children throughout Ohio.

HAMILTON, Ohio — This was not a typical school year for most children throughout Ohio.

The last time a Hamilton City School District student sat in a classroom, saw friends and interacted in-person with a teacher was March 16. Ohio Governor Mike DeWine temporarily closed all private and public schools to slow the spread of COVID-19, then announced those schools would go to online-only classes starting April 20.

Parents in Butler County began calling as soon as the school year ended and asking if Fitton Center for Creative Arts still planned to hold summer camps. Fitton, like schools, had been closed for weeks.

"That was one of the big decisions or big factors in the decision to opening up the camps, is we knew that we would have an audience that would be interested," said Kate Rowekamp, director of education and digital content strategy.

Fitton executive director Ian MacKenzie-Thurley said during that time he and his staff, including Rowekamp, began regular virtual meeting to see if hosting the art center's regular summer camps would be feasible or even allowed. When Gov. DeWine announced art centers would be able to reopen with limited capacity in June, Fitton's staff was ready to host camp.

"We do have new policies and procedures put in place by the state of Ohio," MacKenzie-Thurley said. "We're working very closely with the Hamilton (city) Health Department."

Those procedures mean the art camp classes that begin June 15 and continue through July 31 will be run differently than past years' camps.

"We have restrictions now of only nine campers in a room with a single teacher," MacKenzie-Thurley said. "We have space around the room, six feet apart. We have markings on the floor to give everybody ample space."

Summer camp instructors and Fitton staff will be required to wear masks in classrooms and common areas as well.

Campers will not be required to wear masks, but staff will take their temperatures before letting them enter the Fitton Center each day. Drop-off times for camp also will be staggered, Rowekamp said.

"So that campers are socially distanced when they are entering the building rather than kind of having them all come in at once, which is a lot of fun, but we want to make sure everyone stays safe," she explained.

Rowekamp, who has overseen Fitton's summer camps program for the past four years, and MacKenzie-Thurley both emphasized that even with all of the new safety measures, they want to keep the focus of the art camp on fun.

"We want to ensure the parents and the campers we are following all of the rules very strictly but also having a lot of fun as we go forward," MacKenzie-Thurley said. "It's fantastic to hear those smiles, to see the mess in the room. It's just awesome. The kids bring such energy into the place making art, making friends. That's what summer is all about."

"The cool thing about our summer camps program and what I'm really proud of is that we have a lot of opportunities," Rowekamp added. "There are camps where if someone wants to just focus on pottery, we've got a pottery camp, but if there is somebody that wants something that's a little bit more themed and a bunch of different things, we've got things like our top-secret camp, which is a spy school that uses art."

Each of this summer's camps also will be created and led by area teachers on summer break.

"They come in with all of these really imaginative and really exciting projects and things they just might not get to do during the school year, and I think the kids really fall in love with that," Rowekamp said.