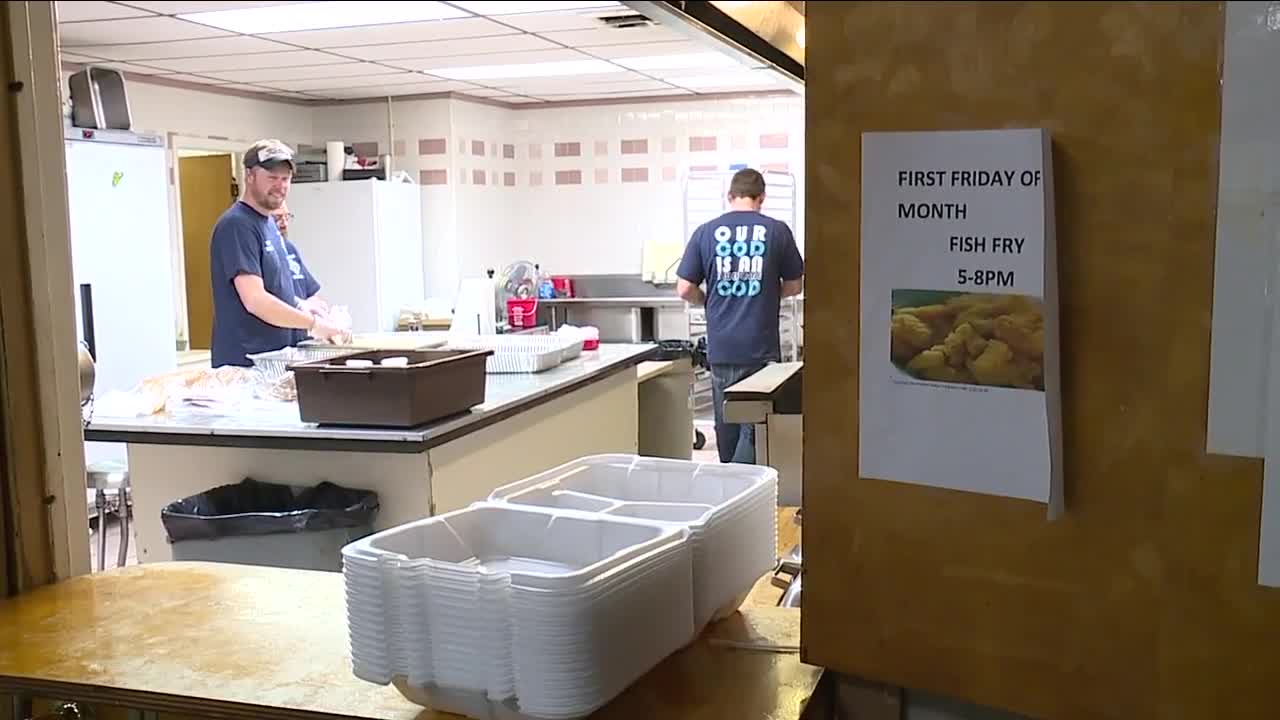 With the decree that people aren't allowed to gather in large groups in Ohio, fish fries in the Tri-State had to get creative in order to stay open.

“First two weeks we had record numbers," Fish Fry chair Andy Rowe said. "400 plates the first week. For us, that’s a big number. We broke that by 50 plates the next week, 400, 450. We were on track this year to have an outstanding year for us."

With the decree that people aren't allowed to gather in large numbers in the state of Ohio, fish fries had to get creative to serve Catholics on Fridays.

“I get a lot of thanks for being open. We’re glad you’re open. Hope to see you next week,” Knights of Columbus Grand Knight Adam Lewis said.

Lewis said he's always thought of putting in a drive-thru, but with coronavirus, it was a necessity.

Even with the new ideas, Rowe and Lewis said sales haven't been the best.

“A lot of our patrons are older. I think a lot of them in particular are staying home," Lewis said.

Whatever funds the two organizations bring in go toward supporting a local Catholic elementary school and other charities throughout the year.

They even have a plan for the food they don't sell.

“We were able to donate a lot of food to first responders, firemen, police and the women’s shelter here in town," Lewis said. "Even though the money, we didn’t make any money, but we provided a lot of meals to people who came, but to people who otherwise wouldn’t have eaten them.”

They're helping out, one car at a time.

“Looks to be something we’ll carry on next year," Rowe said. "Something good for us came out of it.”

Copyright 2020 Scripps Media, Inc. All rights reserved. This material may not be published, broadcast, rewritten, or redistributed.
If you are a small restaurant, bar or brewery owners and would like to be included on the map, please click here and fill out our form.