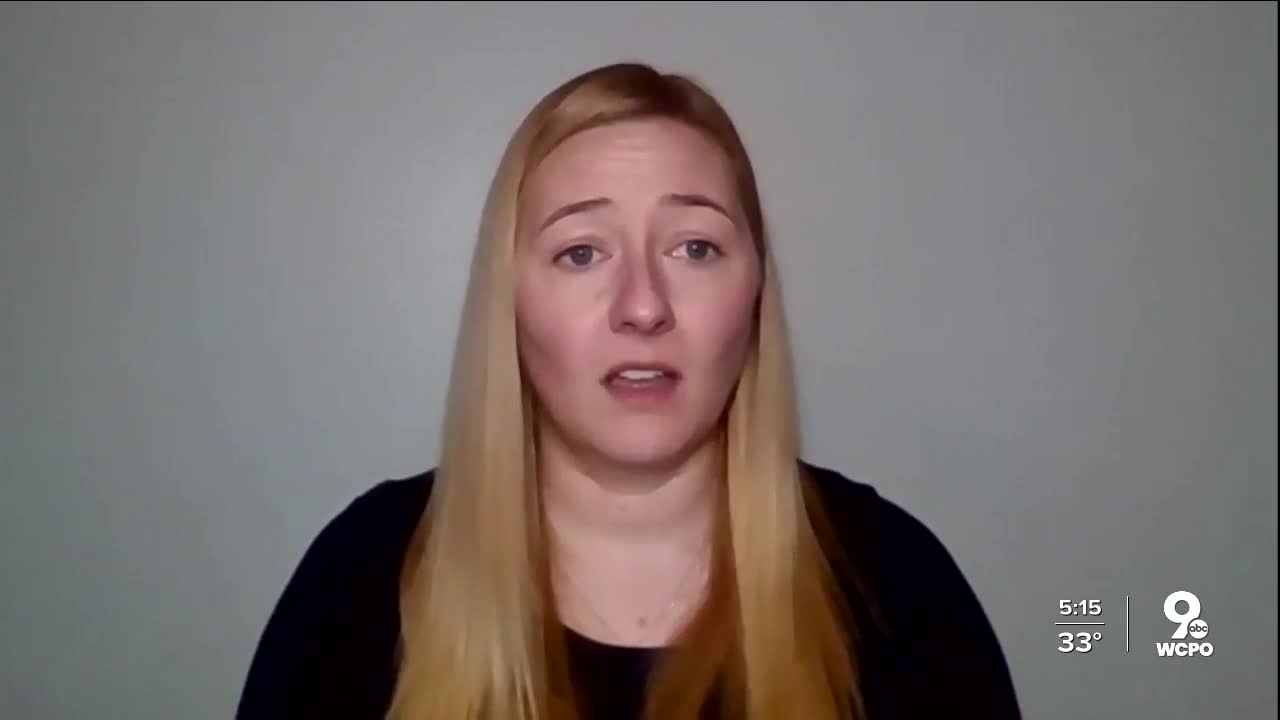 Construction on Kings Island's new luxury outdoor resort is underway. Museums and art galleries on average are seeing a 20-to-30-percent loss in revenue this year. 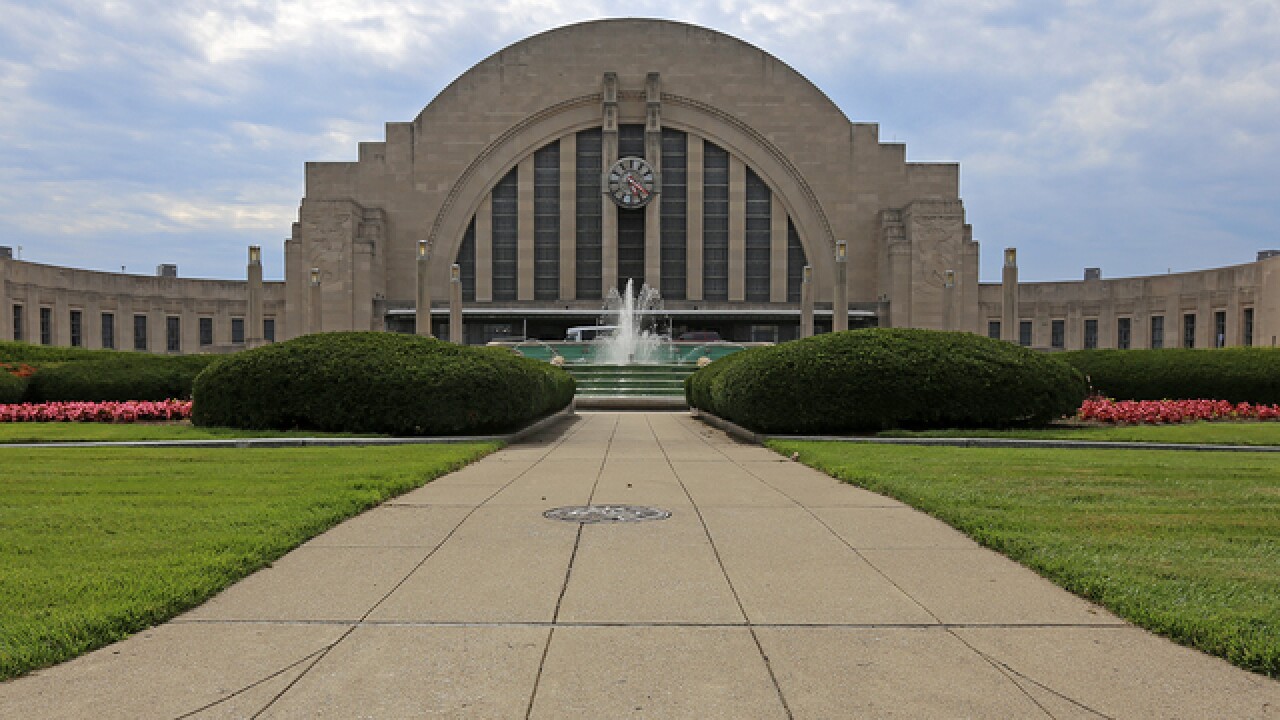 CINCINNATI — Museums and art galleries uplift, educate and transport visitors. The power of those institutions is even more critical than ever as the coronavirus pandemic continues, said Johnna McEntee, executive director of the Ohio Museum Association.

"Museums have been important safe spaces for the public to visit throughout the pandemic to maintain positive mental health and to help educate children," McEntee said.

According to a November report published by the American Alliance of Museums, the pandemic also presents a financially hazardous time for those institutions. The report shares the findings of a survey of more than 850 museums across the country.

"That survey does say that there is a third of museums that don't reopen again if there is no support, if there is no additional support coming to museums," McEntee said. "And we are seeing some examples of that, some anecdotes coming into our office saying, 'If we aren't able to open our doors again in the spring then we might not open our doors at all.'"

In Ohio, she said that along with many other states in the nation, closures of that magnitude could have a dramatic and long-lasting economic impact.

McEntee said in Ohio, museums support almost 26,000 jobs and have a $1.54 billion impact on the economy annually. Nationwide, museums contribute more than $50 billion to the economy each year, she added.

While no museum in Cincinnati has permanently closed due to the pandemic, many of them that operate as non-profits feel the financial burden due to mandatory closings in Ohio that began in March and continued through June. On top of that, the spike in new coronavirus cases that started in October also impacted bottom lines.

"We are going to lose between $2 to $3 million in operating revenue this fiscal year as a result of the closure, the limitation of numbers and just general lack of people going out, particularly now during this very busy time," said Elizabeth Pierce, CEO of the Cincinnati Museum Center.

Pierce said she still feels lucky that due to its location inside Union Terminal, the Cincinnati Museum Center can remain open during the current surge over the holiday season.

"It's not the end of the world for us but it definitely is a big impact on us," she said, adding even with restricted capacity, the museum still isn't close to reaching the limited attendance numbers set by the current COVID-19 protocols in Ohio.

The museum also is only currently open five-days-a-week instead of its typical seven.

Smaller local museums are either dealing with the same low attendance numbers or struggling with whether to remain open at all during the current surge in COVID-19 cases.

Deborah Emont Scott, president and CEO of the Taft Museum of Art, said she is continuously surveying employees on how safe they feel as that museum remains open. The museum laid off a portion of its staff after March's mandatory closing due to budgetary issues.

"Everyone is working beyond their capacity because they are having to learn new skills," Scott said.

She said the response from employees to keeping the museum open has been positive. The Taft Museum has strict protocols in place, limited, timed-ticketed admission and 100 percent mask-wearing compliance, she added.

"The short answer is it's been terrible for us, but at least we're not alone in this," she said.

Year-to-date, the Taft has seen a 26 percent decline in revenue due to the pandemic. That is on top of the museum investing in Plexiglass, new cleaning protocols and hands-free technology for some of the museum's exhibitions.

"Some museums, I mean they have invested millions and millions of dollars in touchscreen technology," said Scott, who participates in teleconferences with other museum CEOs and executive directors. "So, you do what you have to do."

The Cincinnati Art Museum in Eden Park began making similar investments to its digital technology in its museum and the content museum staff members publish online.

"We have just an amazing website that has all of our artwork, many thousands and thousands of pieces that you can look at from your home," said Jill Dunne, director of marketing and communications for the Cincinnati Art Museum.

Dunne said the Cincinnati Art Museum had seen a $1 million loss in revenue since the pandemic began. The bulk of the art museum's income comes from its gift shop sales and admission to special exhibitions.

"It's definitely causing us to rethink the way we operate and now that we are closed again we're hoping that we can get that continual community support and understanding because we are doing it for community health and hoping that this break will allow us to turn those numbers around," Dunne said.

The Weston Art Gallery, located inside the Aronoff Center for the Arts, announced its temporary closure due to the spike in new coronavirus cases shortly after the Cincinnati Art Museum.

"We just felt that the cases were continuing to increase and what they are forecasting, sadly, in the next couple of months is the situation is only going to get worse," said Dennis Harrington, director of the Weston Art Gallery.

The Weston Art Gallery is part of the Cincinnati Arts Association, which also operates Cincinnati Music Hall and the Aronoff. Even being part of a much larger organization, Harrington said the gallery had made its financial sacrifices due to the pandemic's closures and measures.

He also said he understands why the Cincinnati Arts Association decided to temporarily re-close, but the decision was still hard.

"I felt it was important for us to have a presence in the Aronoff, even if we were ... You know we are in a very prominent corner of the building and I felt, in a way, we were kind of keeping the pilot light on," Harrington said.

Harrington hopes to reopen the Weston with a new exhibition in January. Until then, he said people can see a special display in the Weston's window that spells out Hope with a lit Christmas tree behind it in the lobby.

McEntee said she understands why various museums and galleries are taking different approaches to handling the current spike in coronavirus cases.

"Every museum is in a unique situation with different circumstances in each community and with different staff and organizational capacity," she said. "So, there is no blanket solution for museums in how they are dealing with the pandemic. There is no one-size-fits-all situation for what's happening in how museums have responded other than maintaining the appropriate health orders from the government."

Scott said a lack of top-down leadership from the government does not help either.

"Your head is spinning," she said. "I mean will someone please tell me what to do? And without that, we just have to evaluate our own situations."

A few things each museum director and art gallery did agree on, though, is that people can give the gift of memberships to their favorite museums to family members this holiday season.

Meanwhile, McEntee said, "Our organization, as well as other statewide organizations, are currently working with the Governor's Office and with members of the Legislature to make sure there is a specific pool of money that museums are eligible for."