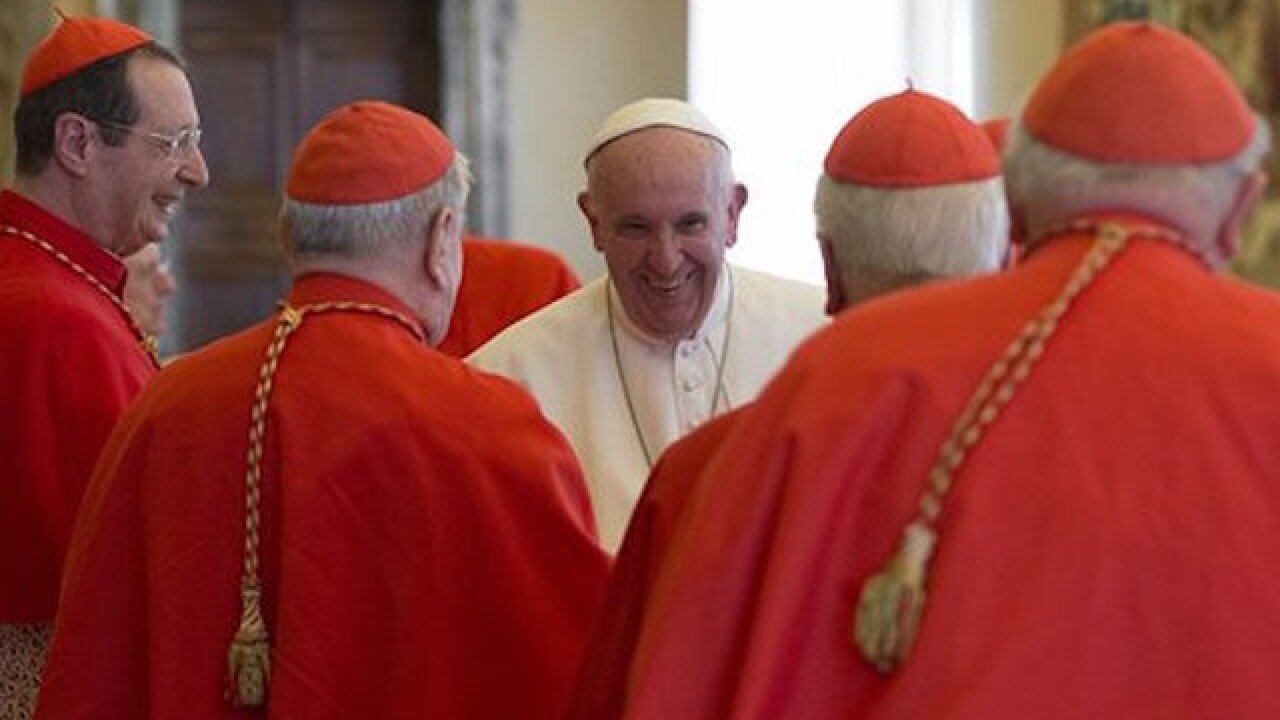 Copyright Associated Press
<p>Pope Francis talks to a group of Cardinals during a Consistory at the Vatican Tuesday, March 15, 2016. Mother Teresa will be made a saint on Sept. 4. Pope Francis set the canonization date Tuesday, paving the way for the nun who cared for the poorest of the poor to become the centerpiece of his yearlong focus on the Catholic Church's merciful side. (L'Osservatore Romano/pool photo via AP)</p>

VATICAN CITY (AP) — Discussions are underway about a possible trip by Pope Francis to Greece as early as next week as the country begins deporting migrants back to Turkey.

Vatican spokesman the Rev. Federico Lombardi said Tuesday that no decision had been made but in an email to The Associated Press he said "I don't deny that there are contacts about a possible trip."

A Greek ecclesiastic website, Dogma, reported Tuesday that Francis was planning to visit refugees on the Greek island of Lesbos on April 15 along with Ecumenical Patriarch Bartholomew and Archbishop of Athens Ieronymos. The Holy Synod of the Church of Greece, the decision-making body of the Greek church, said Francis had asked to come and the request had been accepted as it was a humanitarian visit of just a few hours.

A controversial European Union plan to stem the flow of refugees began Monday with more than 200 people deported from Lesbos and Chios back to Turkey. Human rights organizations have denounced the deportations as the undoing of Europe's obligations to protect refugees.

Francis, the son of Italian immigrants to Argentina, has been outspoken about the need for Europe and other countries to open their doors and hearts to people fleeing persecution and poverty.

In his first trip outside Rome, he visited the Italian island of Lampedusa, which has seen thousands of migrants arriving on smugglers' boats from Libya. And recently he celebrated a Mass at the U.S.-Mexico border to pray for Central and South American migrants who died trying to reach the United States.

The Church of Greece said Tuesday that Francis had proposed visiting Greece to raise awareness about the plight of refugees "searching for a better future in the European continent."

It said it had extended an invitation to Bartholomew, the spiritual leader of the world's Orthodox Christians, to visit at the same time. It said the visit of the leaders of the Catholic and Orthodox churches would send a "very strong signal" about the need to help refugees and protect Christians "who are cruelly suffering" in the Middle East.