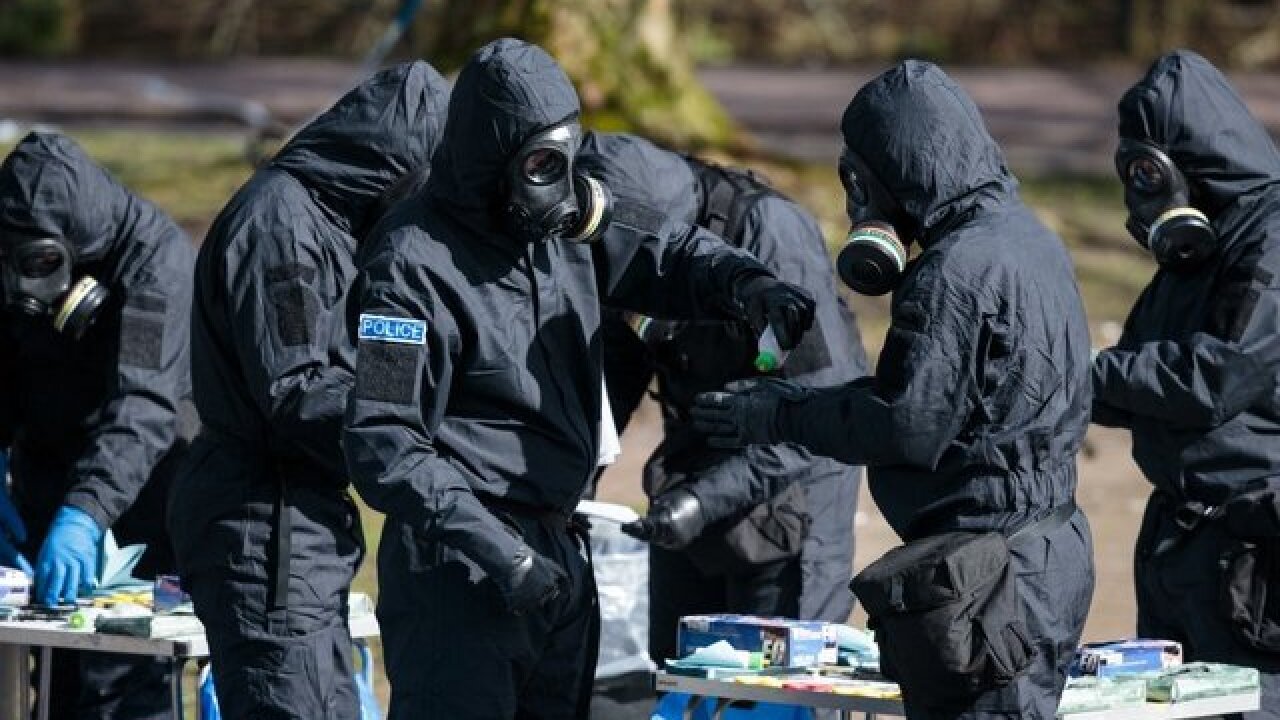 Two men accused by UK authorities of poisoning Sergei Skripal and his daughter with a nerve agent in Salisbury told Russian state TV they had visited the city, but as tourists.

Alexander Petrov and Ruslan Boshirov told RT on Thursday they had been to Salisbury because "our friends had been suggesting for a long time that we visit this wonderful town" and mentioned the city's historic cathedral.

British prosecutors said last week they had "sufficient evidence" to charge the two Russian nationals in connection with the March 4 attack with the nerve agent Novichok in Salisbury.

In an interview with RT editor-in-chief Margarita Simonyan, two men who identified themselves as Alexander Petrov and Ruslan Boshirov said they had nothing to do with the poisoning of the Skripals, saying they had reached out to RT to tell their side of the story.

The two men said they had visited England purely to see tourist sites such as Stonehenge.

"We came there on March 2, then went to a railway station to see the timetable," Petrov said, according to RT's translation of the interview. "We arrived in Salisbury on March 3 and tried to walk through the town, but we lasted for only half an hour because it was covered in snow."

Boshirov said the two men "spent no more than an hour in Salisbury, mainly because of the lags between trains."

The two men denied having Novichok or any poison with them.

Asked by Simonyan whether they had the perfume bottle that had been shown as evidence by UK authorities, Boshirov said: "Is it silly for decent lads to have women's perfume? The customs are checking everything, they would have questions as to why men have women's perfume in their luggage. We didn't have it."

According to RT, the two men "sounded distressed" about being named by the UK as Russian intelligence agents alleged to have been involved in the poisoning.

"We're afraid of going out, we fear for ourselves, our lives and lives of our loved ones," Boshirov said.

The TV interview came a day after Russian President Vladimir Putin said Russia had identified the pair and found no evidence of criminal activities .

"We, of course, looked at what kind of people they are, and we know who they are, we found them," Putin told an audience at the Eastern Economic Forum in the eastern Russian city of Vladivostok. "There is nothing unusual or criminal there, I assure you."

Putin appeared to suggest they should tell their story publicly. "Let them come out somewhere, to you in the media," he said, describing the men as "civilians."