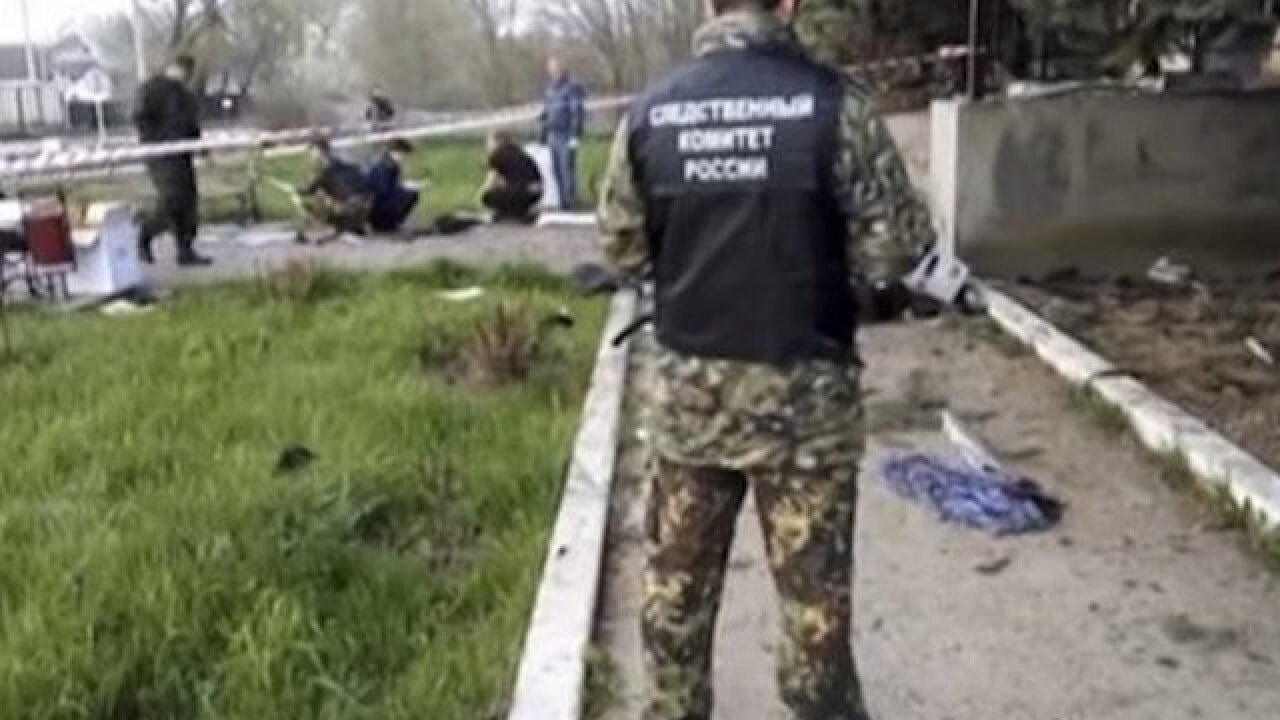 National Anti-Terrorist Committee via AP
<p>In this image provided by the National- Anti-Terrorist Committee on Monday, April 11, 2016 experts search a site of an explosion at the town of Novoselitskoye in the southern Russian Stavropol region. Two militants were killed and a third blew himself up in an attempt to attack a police station in southern Russia on Monday, police said, adding that no police officers or civilians were hurt. The identity of the militants who attacked the police station in the town of Novoselitskoye in the Stavropol region was not yet clear. (National Anti-Terrorist Committee photo via AP)</p>

MOSCOW (AP) — Two militants were killed and a third blew himself up after they attacked a police station in southern Russia on Monday, investigators said, adding that no police officers or civilians were hurt.

The three men had thrown grenades at the police station in the town of Novoselitskoye in the Stavropol region, the Investigative Committee said in a statement. The explosions damaged the building and vehicles parked outside, it said.

All three suspects were local residents with criminal records, the Interfax news agency reported, citing a spokesperson for the federal investigative body. Their motive for attacking the police station wasn't immediately clear.

The Stavropol region is close to the North Caucasus, where an Islamic insurgency has simmered for years. In Dagestan, the center of the insurgency, many of the bombings and attacks have targeted police and other officials.

Dagestan also has proved to be a fertile recruiting ground for the Islamic State group, with hundreds estimated to have traveled to Syria to join IS forces there.

The attack could raise security concerns for the 2018 World Cup, since the Stavropol region will host four training bases for national soccer teams competing in the tournament. The bases are all about 100 kilometers (60 miles) from the site of Monday's attack.

Schools and daycare centers in Novoselitskoye were evacuated, as well as the local hospital, with the exception of 14 seriously ill patients and medical personnel. In a possible indication that law enforcement agencies fear more attacks, security was stepped up at schools, daycare centers and hospitals in the Stavropol region, the Interfax news agency reported, citing the governor.