Pro-independence protesters in fiery clashes with police in Barcelona 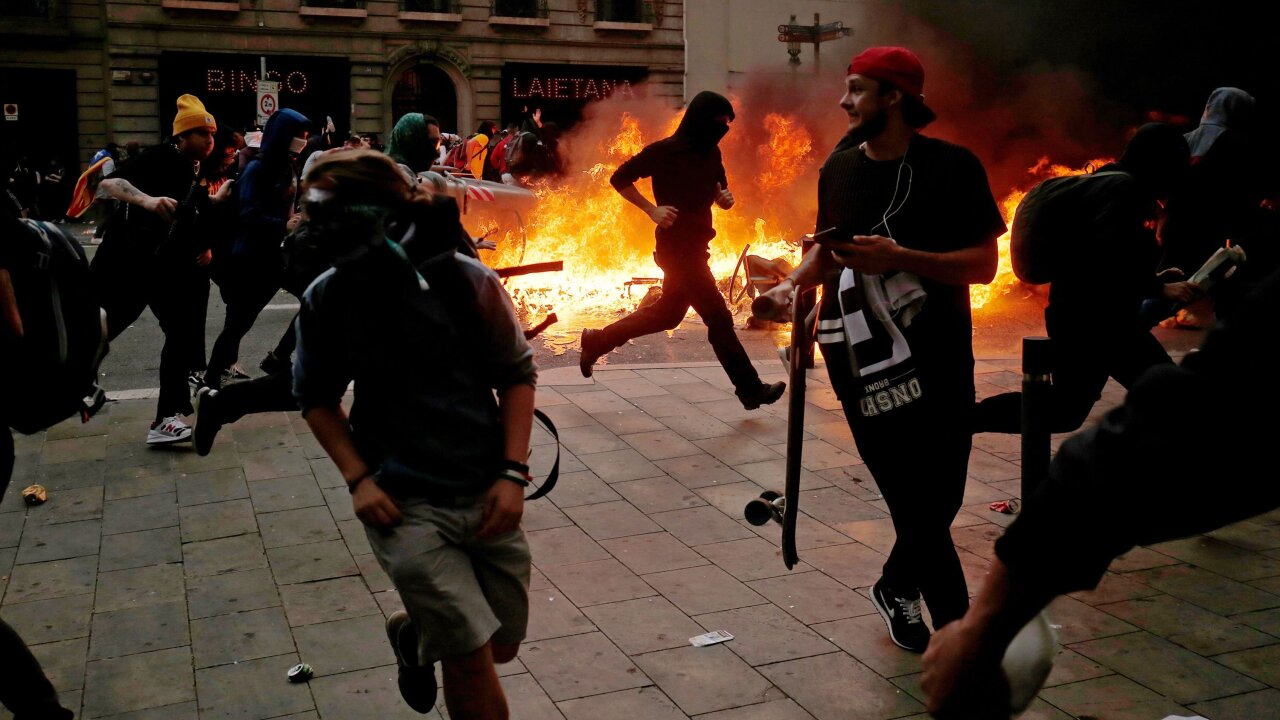 (CNN) -- Fires and violence broke out in the streets of Barcelona on Friday, as more than half a million pro-independence protesters gathered in the Catalan capital, the local police said.

The protesters have been out in force every night since Monday, when nine Catalan politicians were handed heavy sentences by the Spanish Supreme Court for their role in an independence movement that tried to separate Catalonia from the rest of Spain two years ago.

Video from the scenes on Friday showed riot police facing off against protestors, some of whom threw objects at the police. Garbage containers were set on fire, a common sight in the past week. The Barcelona City Council said that 700 bins have been burned during the riots over the past three nights.

Trees, pavements, traffic lights and public signs were damaged, with the total cost to the city so far reaching more than €1.5 million ($1.7 million). Dozens of roads in and around Barcelona remained closed to traffic.

The protests erupted after the Supreme Court judgment Monday. Oriol Junqueras, the former vice president of Catalonia, was sentenced to 13 years in prison and banned from holding public office for the same amount of time. He was found guilty of sedition and misuse of public funds.

Five other officials and activists were sentenced to between nine and 11 years each, with three more people sentenced for shorter periods of time for lesser offenses.

Their supporters accuse Madrid of political persecution and are calling for another independence referendum, which Madrid says would be illegal.

The pro-independence group CDR has called for demonstrators to set up a permanent camp in the city center. Police said that while they know about the plans, no tents have been put up yet.

Earlier on Friday, the Spanish Football Federation postponed El Clasico between Barcelona and Real Madrid until later this month because of the ongoing Catalan protests.

El Clasico is one of the most highly anticipated fixtures on the football calendar, with the bitter rivalry drawing in millions of viewers worldwide.