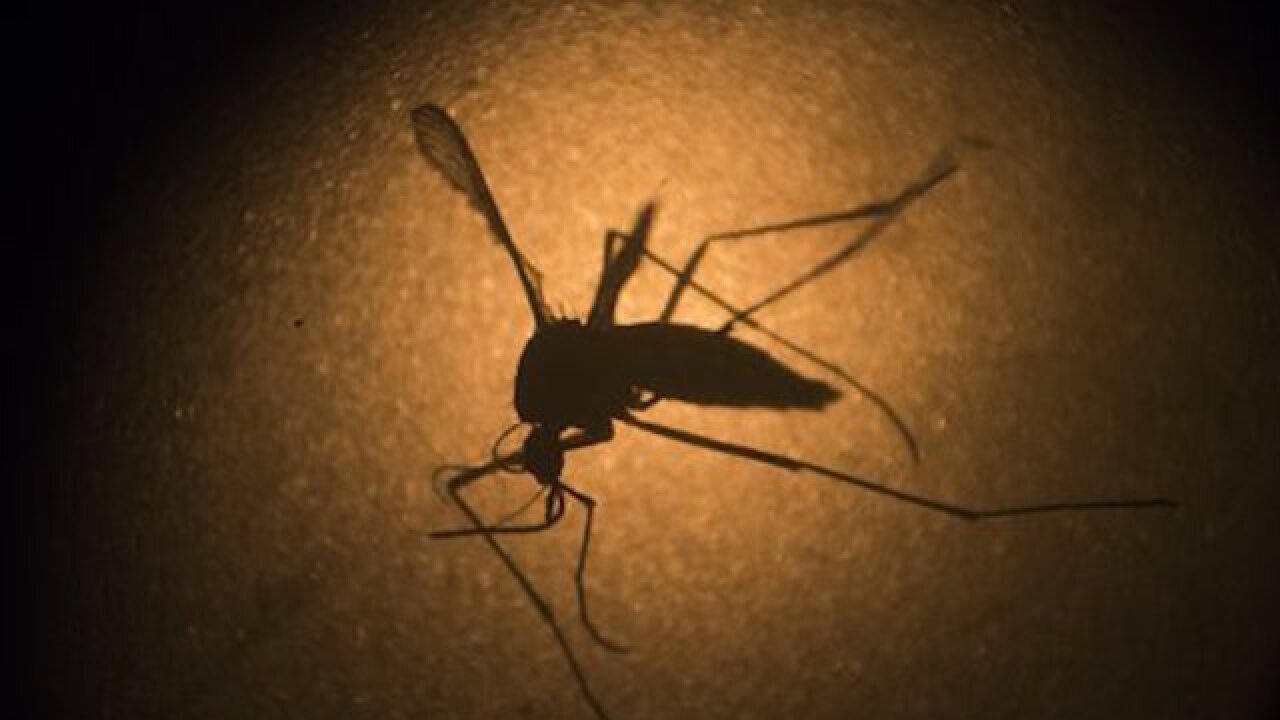 Copyright Associated Press
Felipe Dana
<p>In this Jan. 27, 2016, file photo, an Aedes aegypti mosquito is photographed through a microscope at the Fiocruz institute in Recife, Pernambuco state, Brazil. Forget mosquito bites. Volunteers let researchers inject them with the dengue virus in the name of science, and an experimental vaccine protected them. Next up, scientists plan to use this same strategy against dengue's cousin, the Zika virus. (AP Photo/Felipe Dana, File)</p>

Hundreds of fourth-graders at a public school in metropolitan Manila's Marikina city were given the first of three shots of Dengvaxia. Some of the pupils received their vaccination shot under the glare of cameras during a festive ceremony at a gymnasium festooned with multicolored bunting and preceded by songs and dances performed by the children.

The Philippines had the highest dengue incidence in the WHO's Western Pacific region from 2013 to 2015, recording 200,415 cases last year, according to the Department of Health.

Health Secretary Janette Garin called the program's launch "a historic milestone" in public health. "We are the first country to introduce, adopt and implement the first-ever dengue vaccine through (the) public health system and under a public school setting," she said.

The government is spending 3.5 billion pesos ($76 million) to administer the free vaccines, which it bought at a discounted cost of 3,000 pesos ($65) for three doses for each child. Free vaccine programs ensure that "health should be for all, rich or poor," Garin said.

The health department says a study showed that the vaccination of 9-year-old children for five years starting in 2016 can reduce dengue cases by 24.2 percent in the Philippines. The vaccine is given as a three-dose series, with the doses coming six months apart.

Dengvaxia, developed by the French pharmaceutical company Sanofi Pasteur, obtained its first license in Mexico in December 2015 for use in individuals aged 9 to 45. Regulatory agencies in Brazil, the Philippines and El Salvador followed. But the vaccine is awaiting regulatory reviews in Europe and dozens of non-European countries, as well as prequalification by the WHO.

According to the New England Journal of Medicine, a study of children from 9 to 16 years old showed that the vaccine reduces the risk of contracting dengue by 65.6 percent. It also prevents dengue hospitalizations by 80 percent, and severe dengue cases by 93 percent. But the effectiveness was lower for children younger than 9, as well as against the type of dengue caused by serotype 2 — one of the four strains of dengue.

"A vaccine able to reduce six out of 10 cases, or more importantly to reduce by 80 percent the risk of hospitalization or 93 percent of the risk of dengue hemorrhagic fever, is a major breakthrough," Guillaume Leroy, Sanofi Pasteur's vice president for dengue vaccine, told The Associated Press, adding that the vaccine would be especially important in Asia and Latin America, where dengue incidents are high.

Leroy said that while there are differences in the level of effectiveness against the different dengue strains, the vaccine "has shown efficacy against all the four serotypes, all the serotypes circulating in the world."

He said that while Sanofi has prioritized dengue endemic countries for licensing, it recently submitted for review an application to the European Medicines Agency. It has applications in 20 additional countries, and will be applying in 17 more.