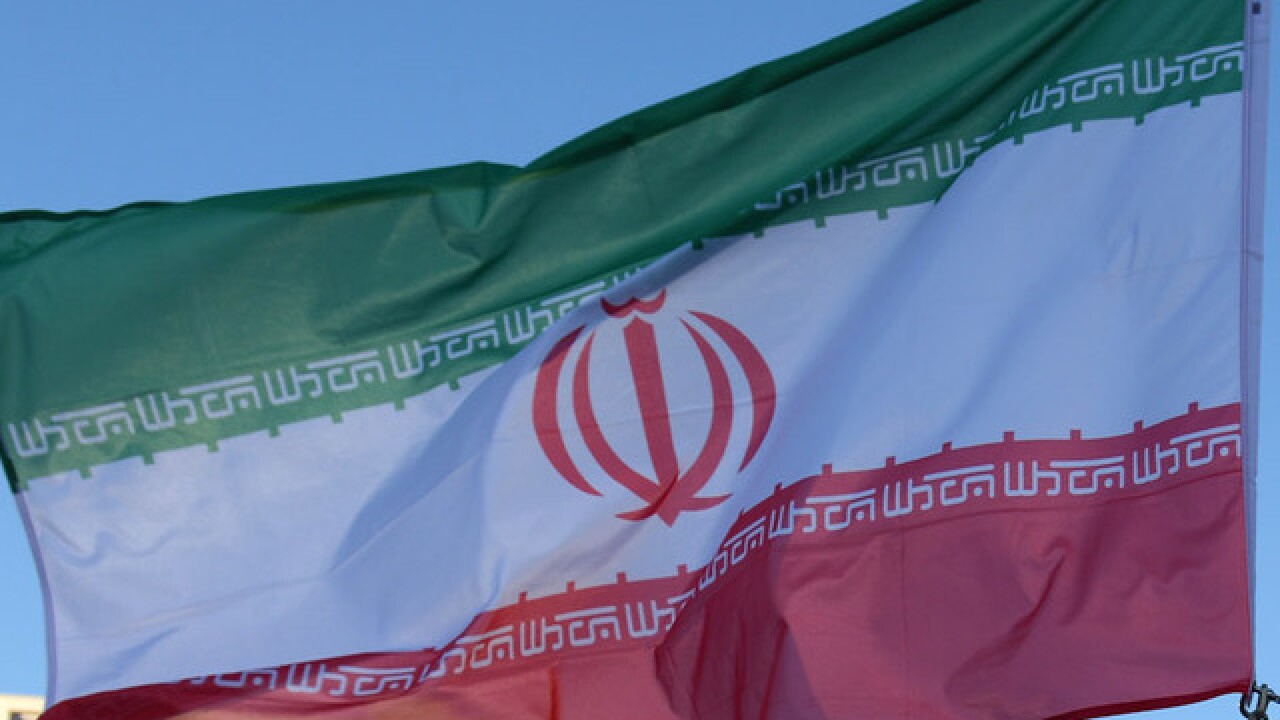 Pool
<p>Solders raise Iranian flag on July 23, 2012 during the Flag Raising ceremony at the Olympic Village in London four days before the start of the 2012 Olympic Games. AFP PHOTO / POOL / KHALED DESOUKI</p>

TEHRAN, Iran (AP) — A British-flagged oil tanker held by Iran since July was released Friday and was heading toward the United Arab Emirates, the company that owns the vessel said.

Iran's marine and port authority said the Stena Impero left Iran Friday morning. Hours earlier, the tanker had begun transmitting its location for the first time in weeks just outside the Iranian port of Bandar Abbas, where it had been held since its seizure.

Erik Hanell, President and CEO of Swedish-based Stena Bulk, the ship's owner, said the vessel and its crew had been released, and the ship would be transiting through Dubai for the crew to disembark and receive medical checks.

"The families of crew members have been informed and the company is currently making arrangements for the repatriation of its valued seafarers at the earliest possible opportunity," Hanell said in a statement.

The ship tracking website MarineTraffic.com showed the Stena Impero heading south from Iran at a speed of just over 14 mph (22 kph).

Iran seized the tanker on July 19 in the Strait of Hormuz, the narrow mouth of the Persian Gulf through which 20% of all oil passes. The raid saw commandos rappel down onto the vessel via helicopter carrying assault rifles, dramatic images later replayed on state television.

The seizure came after British marines helped take control of an Iranian supertanker on July 4. Authorities in Gibraltar, a British overseas territory, seized the ship carrying $130 million in crude oil on suspicion it was breaking European Union sanctions by taking the oil to Syria. Gibraltar later released the tanker, then called the Grace 1, after it said Iran promised the ship wouldn't go to Syria.

"Based on a friendly approach that allows forgiving mistakes, ground for freedom of the tanker has been paved and it can move," Rabiei said. But the ship remained outside Bandar Abbas until Friday.

Earlier this month, Iran released seven crew members of the Stena Impero. Sixteen remained on board.

The ship seizures come after months of heightened tensions in the Persian Gulf, sparked by President Donald Trump's decision over a year ago to unilaterally pull out of a nuclear deal with Iran. The U.S. has imposed sanctions that have kept Iran from selling its oil abroad and have crippled its economy. Iran has since begun breaking terms of the deal.

Meanwhile, there have been a series of attacks across the Middle East that the U.S. blames on Iran. They reached their height on Sept. 14, with a missile and drone attack on the world's largest oil processor in Saudi Arabia and an oil field, which caused oil prices to spike by the biggest percentage since the 1991 Gulf War. While Yemen's Iranian-allied Houthi rebels claimed the assault, Saudi Arabia says it was "unquestionably sponsored by Iran."

Iran denies being responsible and has warned any retaliatory attack targeting it will result in an "all-out war."