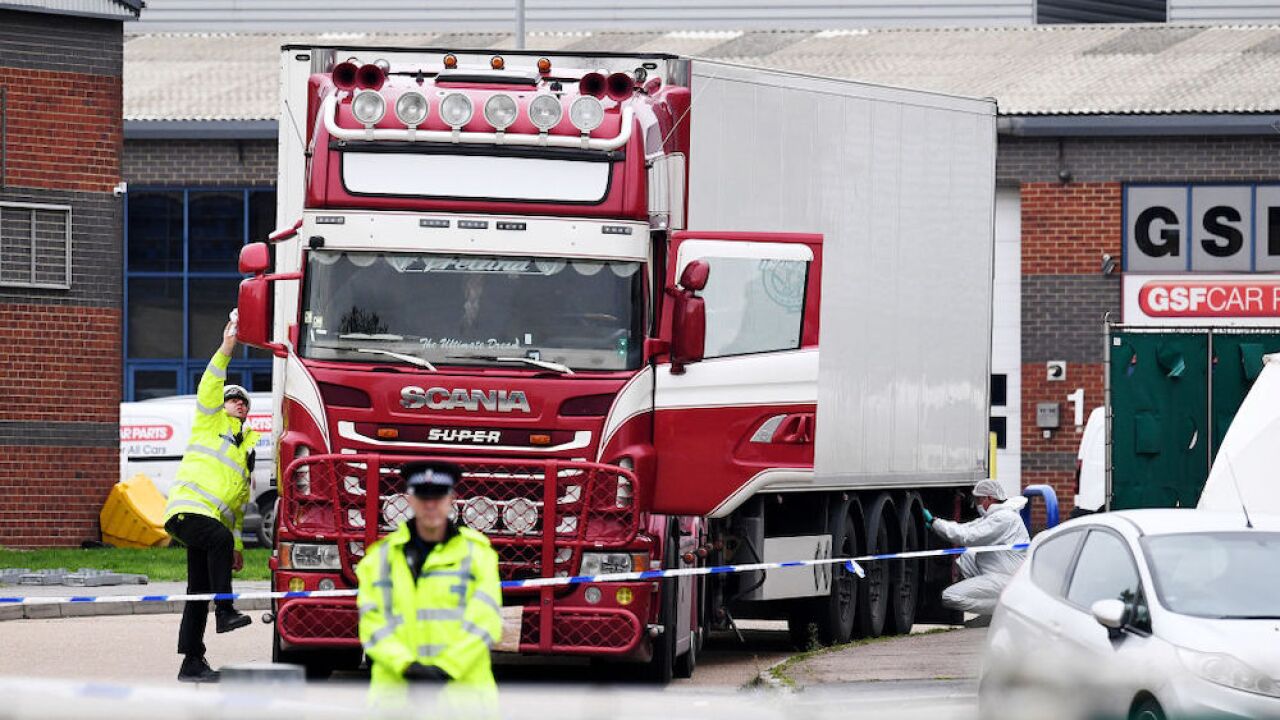 Truck driver Maurice 'Mo' Robinson , who is charged with the manslaughter of 39 people found dead in a trailer outside London, has admitted plotting to assist illegal immigration.

Robinson, 25, of Craigavon in Northern Ireland, was arrested shortly after the bodies of dozens of Vietnamese nationals were found in the back of a refrigerated lorry at an industrial park in Grays, Essex on October 23.

Robinson had previously been charged with 39 counts of manslaughter, conspiracy to traffic people, conspiracy to assist unlawful immigration and money laundering, as reported by CNN.

Appearing at the Old Bailey in London on Monday via video link, Robinson entered two guilty pleas, to charges of conspiracy to assist unlawful immigration with others and of acquiring criminal property.

The 25-year-old entered no other pleas to the remaining charges against him.

The hearing was adjourned until December 13.

Christopher Kennedy, 23, has also been charged with human trafficking in connection to the deaths.

A third man, Eamon Harrison, 23, was arrested in Dublin on a European arrest warrant earlier this month. Police said they had started extradition proceedings to bring Harrison to the UK from Ireland so he can face charges of manslaughter, as well as human trafficking and immigration offenses.

Three other people were also arrested in connection with the investigation in the UK -- a 38 year-old man, a 38 year-old woman, and a 46 year-old man. They have all been released on bail, according to the police.