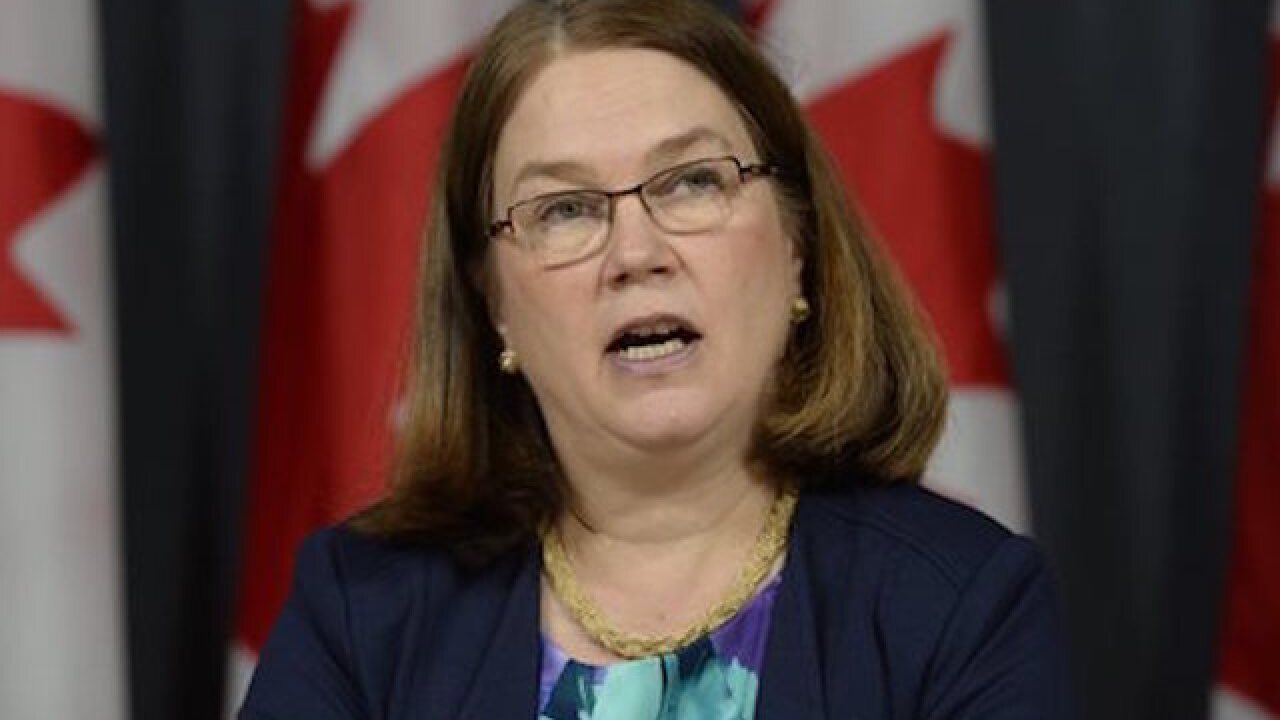 Adrian Wyld /The Canadian Press via AP
Adrian Wyld
<p>Canada Health Minister Jane Philpott speaks at a news conference in Ottawa on Thursday, April 14, 2016. Canada has introduced a new assisted suicide law that will only apply to Canadians and residents, meaning Americans won't be able to travel to Canada to die. Visitors will be excluded under the proposed law announced Thursday, precluding the prospect of suicide tourism. Canadian government officials said to take advantage of the law the person would have to be eligible for health services in Canada. (Adrian Wyld /The Canadian Press via AP) </p>

TORONTO (AP) — Canada has introduced a new assisted suicide law that will only apply to Canadians and residents, meaning Americans won't be able to travel to Canada to die.

Visitors will be excluded under the proposed law announced Thursday, precluding the prospect of suicide tourism. Canadian government officials said to take advantage of the law the person would have to be eligible for health services in Canada.

The law provides a choice "for adults who are suffering intolerably and for whom death is reasonably foreseeable." It says the person must be mentally competent, 18 or older, have a serious and incurable disease, illness or disability and be in an advanced state of irreversible decline in capability.

Canada's Supreme Court last year struck down laws that bar doctors from helping someone die, but put the ruling on hold while the government came up with a new law. The proposed law still requires approval in Parliament, but is expected to pass as Prime Minister Justin Trudeau's Liberal government controls the majority of seats in Parliament.

Germany's law applies to Germans and foreigners alike. Switzerland's law is valid for everyone in Switzerland, and people who take part in assisted suicides are not required to be residents or citizens, according to Justice Ministry spokesman Bernardo Stadelmann.

The Netherlands, Belgium and Luxembourg allow doctors, under strict conditions, to euthanize patients whose medical conditions have been judged hopeless and who are in great pain.

Canada's Supreme Court declared last year that outlawing that option deprives dying people of their dignity and autonomy. It had been illegal in Canada to counsel, aid or abet a suicide, an offense carrying a maximum prison sentence of 14 years.

To get a doctor's help under the law, a written request is required, either from the patient or a designated person if the patient is incapable, and the request would need to be signed by two independent witnesses. Two independent physicians or authorized nurse practitioners would have to evaluate it and there would be a mandatory 15-day waiting period unless death or loss of capacity to consent was imminent.

Justice Minister Jody Wilson-Raybould said the law will ensure that dying patients who are suffering unbearable pain have the choice of a peaceful death and that the vulnerable are protected.

"This will have a positive, significant impact on the lives of Canadians," Trudeau said. "It is important to respect the choices made by Canadians."

Last year's ruling immediately triggered emotional responses from both sides of the debate.

The court's decision was spurred by cases brought by the families of two British Columbia women, who have since died. The decision reversed a Canadian Supreme Court ruling in 1993. At the time, the justices were primarily concerned that vulnerable people could not be properly protected under physician-assisted suicide. But the top court said last year that doctors are capable of assessing the competence of patients to consent, and found there is no evidence that the elderly or people with disabilities are vulnerable to being talked into ending their lives.

It has been more than 20 years since the case of another patient with Lou Gehrig's disease, Sue Rodriguez, gripped Canada as she fought for the right to assisted suicide. She lost her appeal but took her own life with the help of an anonymous doctor in 1994, at the age of 44.