Afghanistan: Death toll in Kabul attack up to 64 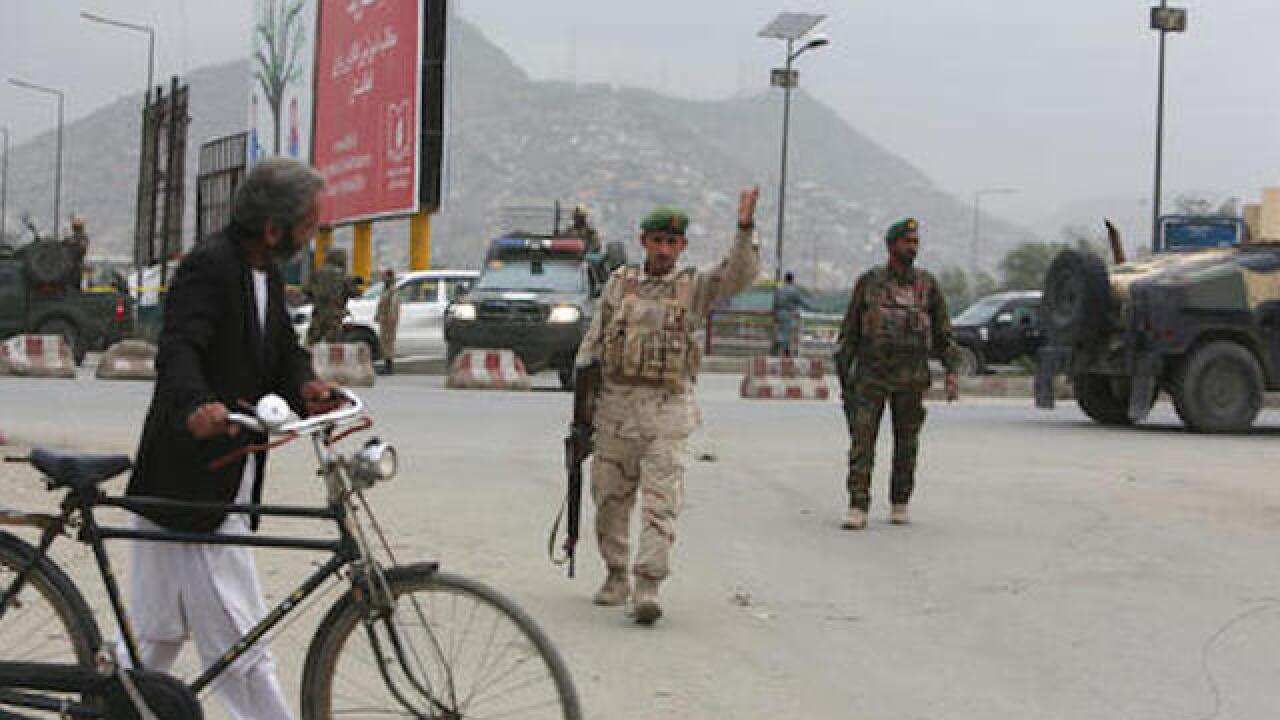 Copyright Associated Press
Rahmat Gul
<p>Afghan security forces secure the area after a suicide attack in Kabul, Afghanistan, Tuesday, April 19, 2016. An Afghan official says a possible suicide bomber carried out an attack in Kabul, the capital. The Taliban has claimed responsibility. Sediq Sediqqi, spokesman for the Afghan Interior Ministry, says the suicide attack was followed by gunfire, and the area has been surrounded by security forces. (AP Photo/Rahmat Gul)</p>

KABUL, Afghanistan (AP) — The death toll from Tuesday's Taliban attack in Kabul rose sharply overnight from 28 to 64, according to the Afghan Interior Ministry.

Gen. Abdul Rahman Rahimi, Kabul's police chief, said Wednesday during a press conference that two investigative teams have been appointed to investigate the attack in Kabul. He added that most of the casualties were civilians, including women and children.

The attackers targeted an agency that provides protection for high-ranking government officials, similar to the U.S. Secret Service. A suicide bomber detonated an explosives-laden truck outside the compound, and a pair of gunmen entered the compound in the aftermath before being killed.

The Taliban have claimed responsibility for the attack.

Regarding the attack Rahimi said, "The initial reports show that the attack was planned outside of the borders of our country" — language that Afghan officials often use to blame neighboring Pakistan, who they accuse of harboring the Taliban leadership.

The country's chief executive Abdullah Abdullah postponed an upcoming visit to Pakistan and headed to the scene of the attack on Tuesday, his spokesman, Jawed Faisal, said.

"The government raised the call for peace, but unfortunately the answer by the enemy was fighting, violence, bloodshed, killing innocent people," Abdullah said.

Hundreds of family members of the victims gathered at area hospitals awaiting word of their conditions overnight and Kabul residents started an emergency blood donation campaign to help the victims.