Commission to Trump: Declare a state of emergency 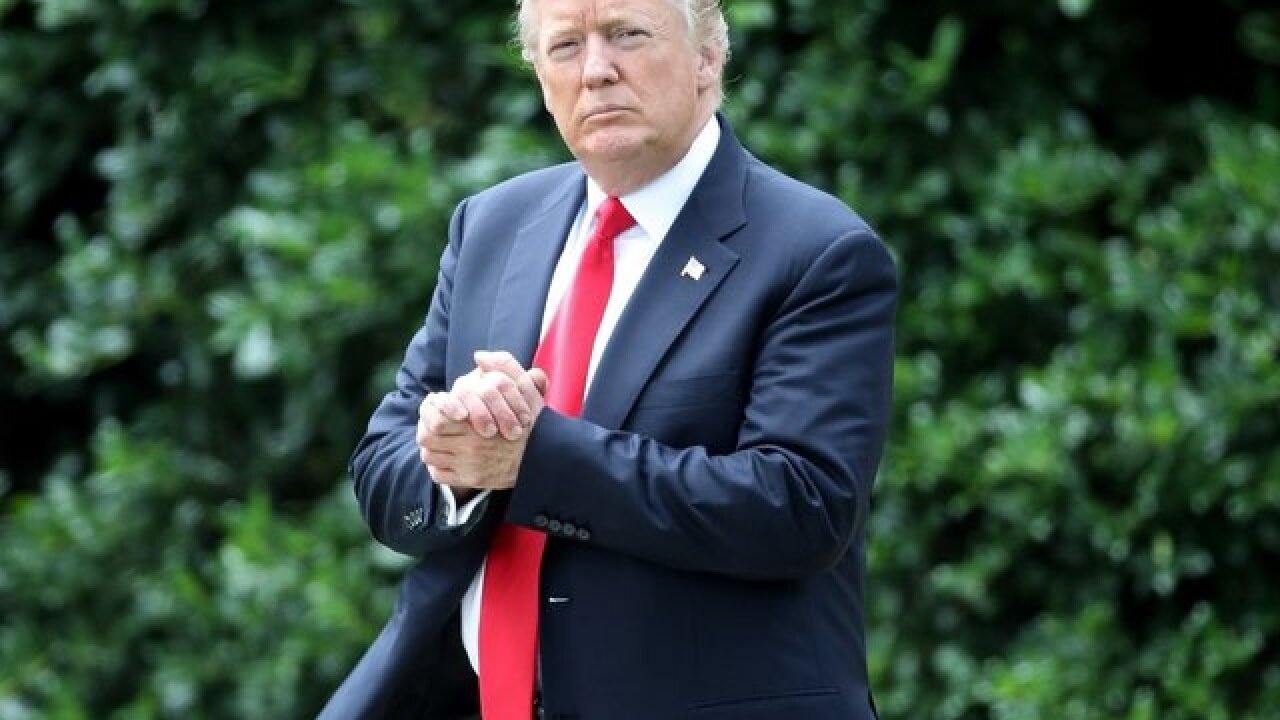 CINCINNATI -- White House officials say they're getting to work on the opioid crisis that has hit Greater Cincinnati and other areas across the country.

Working from New Jersey Tuesday, President Donald Trump was briefed on the issue. He outlined his administration's goals, which include:

"Nobody is safe from this epidemic that threatens young and old, rich and poor, urban and rural communities," he said.

Watch a recap of live video below:

The national attention to the issue comes as the Hamilton County Heroin Coalition issued an "epidemic alert" after several overdoses were reported over the past few days. Now they're hoping federal funding will help local communities dealing with the issue.

Synan said local communities need to be the ones to make decisions as to where to allocate federal help.

The Heroin Coalition hopes Trump sees the problem as a crisis.

"This is impacting everybody, it's impacting the entire community," Synan said. "It's impact the United States, and I hope he sees the seriousness of this."

Kevin Richardson, who works with people with addictions at Addiction Services Council, said they need funding for prevention, education, treatment and recovery services.

See all of WCPO's heroin and opioid crisis coverage here.

The commission completed a report for Trump that heavily cites the Centers for Disease Control. According to the report, 142 Americans die every day from a drug overdose. Overdoses kill more people than gun homicides and car crashes combined, the commission reported.

"Our citizens are dying," the report said. "We must act boldly to stop it. The opioid epidemic we are facing is unparalleled."

On CNN over the weekend, Chris Christie said the White House had a “really good response” to the commission's report and recommendations.

In his inaugural address, Trump said “drugs that have stolen too many lives and robbed our country of so much unrealized potential...this American carnage stops right here and stops right now.” according to the Washington Post.

According to numbers released Tuesday by the National Center for Health Statistics, estimates for overdose deaths in the first nine months of 2016 were higher than the first nine months of the previous year, which had already reached an all time high of 52,404. Of those fatal overdoses, more than 33,000 were attributed to opioid drugs including legal prescription painkillers as well as illicit drugs like heroin and street fentanyl.

COLUMN: Sessions' heroin strategy is just one piece of the puzzle. Much more is needed

Last week, Attorney General Jeff Sessions said during a visit to Columbus that the Justice Department will dispatch 12 federal prosecutors to cities ravaged by addiction. These prosecutors will focus exclusively on investigating health care fraud and opioid scams, Sessions said.

“In recent years some of the government officials in our country I think have mistakenly sent mixed messages about the harmfulness of drugs,” Sessions said. “So let me say: We cannot capitulate intellectually or morally unto this kind of rampant drug abuse. We must create a culture that’s hostile to drug abuse.”