With streetcar service starting up in September, fare battle between Mayor Cranley, city council heats up 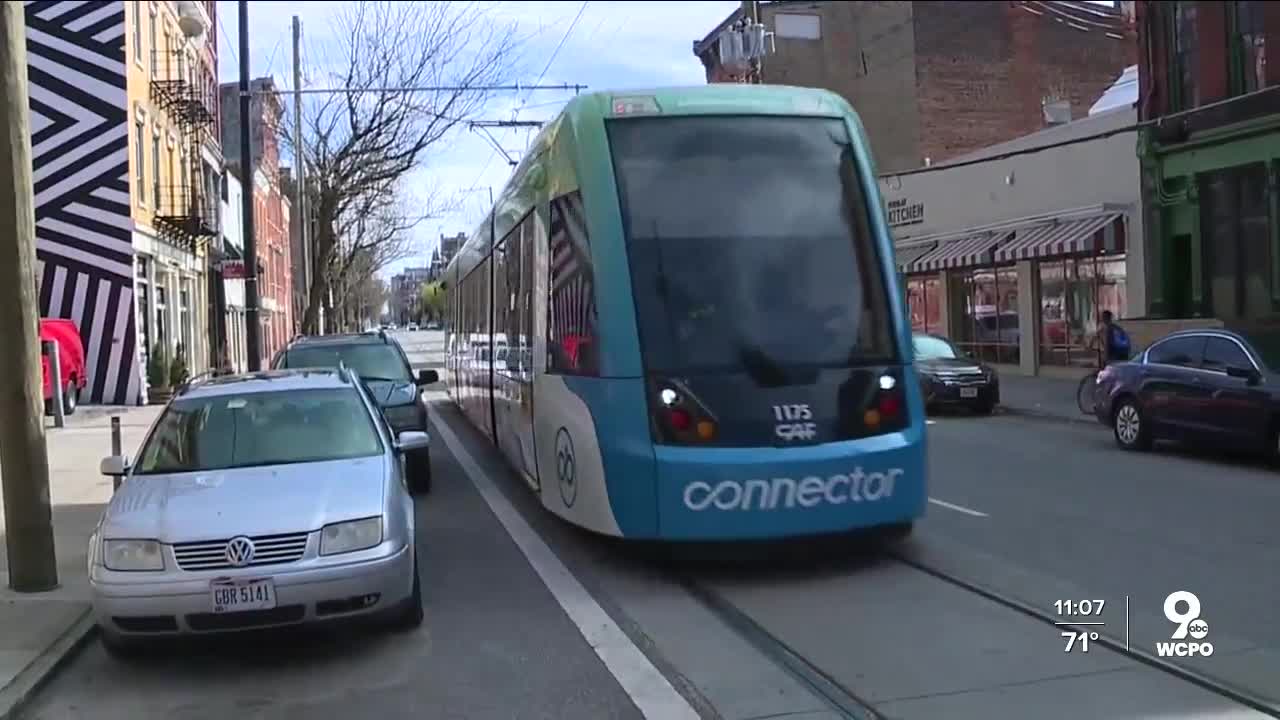 The Cincinnati streetcar will reopen to passengers on Wednesday after closing due to the COVID-19 pandemic. The latest question up for debate by city leaders is whether or not passengers will have to pay.

CINCINNATI — The Cincinnati Bell Connector will reopen to passengers on Wednesday after closing due to the COVID-19 pandemic. The latest question up for debate by city leaders is whether or not passengers will have to pay.

“The last thing anyone wants to be talking about is the streetcar,” Cincinnati city councilmember Chris Seelbach said.

In August, Cincinnati City Council passed an ordinance to bring back streetcar service, minus the fee, in September. Two weeks ago, the city manager’s office said more ordinances would be needed to accomplish that.

"We've had a free streetcar before and we don't have to go through those hurdles," Seelbach said.

Meanwhile, Mayor John Cranley is filing a new ordinance that would keep the fare and use it to pay for more police officers in the Over-the-Rhine area, citing concerns over the area’s rise in violent crime.

The area he wants to focus on has been home to many recent shootings, including 11 in one night in early August.

"The people who ride the streetcar want a safe neighborhood,” Cranley said. “And I am certain that paying a dollar per ride in order to get better police presence is something the streetcar riders would expect."

The total amount of money that could be brought by re-instituting the fare is unclear.

"Whatever it is, whatever amount, we could use additional resources to fight crime," Cranley said.

According to a 2019 city memo, it costs the city about $253,000 a year to collect the fares for the streetcar. In order to cover that expense and make a profit, revenue from the fare needs to surpass $21,000 a month. That’s the equivalent of 10,500 riders buying a full-day pass.

In 2019, ridership reports said the streetcar averaged about 44,000 a people a month. With the pandemic putting an end to many downtown activities, no Reds games and reduced hours of operation, ridership this year is uncertain.

"A former SORTA Board member provided me data saying that it may actually cost the city money to have fares and then enforce those fares,” Seelbach said.

He said this is all a ploy by the mayor to once again fight over the streetcar.

"I expect him to do whatever he can to bring the streetcar front stage and fight about,” Seelbach said. “I expect nothing less from him."

"I thought that was embarrassing when I heard that,” Cranley said. “I think this is a classic case of don't tell me what your priorities are, show me your budget."

If the group passes the free-fare legislation, Cranley can veto it.

The mayor’s ordinance will be discussed at Tuesday’s Law and Public Safety Meeting.

If the ordinance has support, it will go to full council on Wednesday.

If the mayor waits until Wednesday to veto, city council would have to wait a full week to override it.