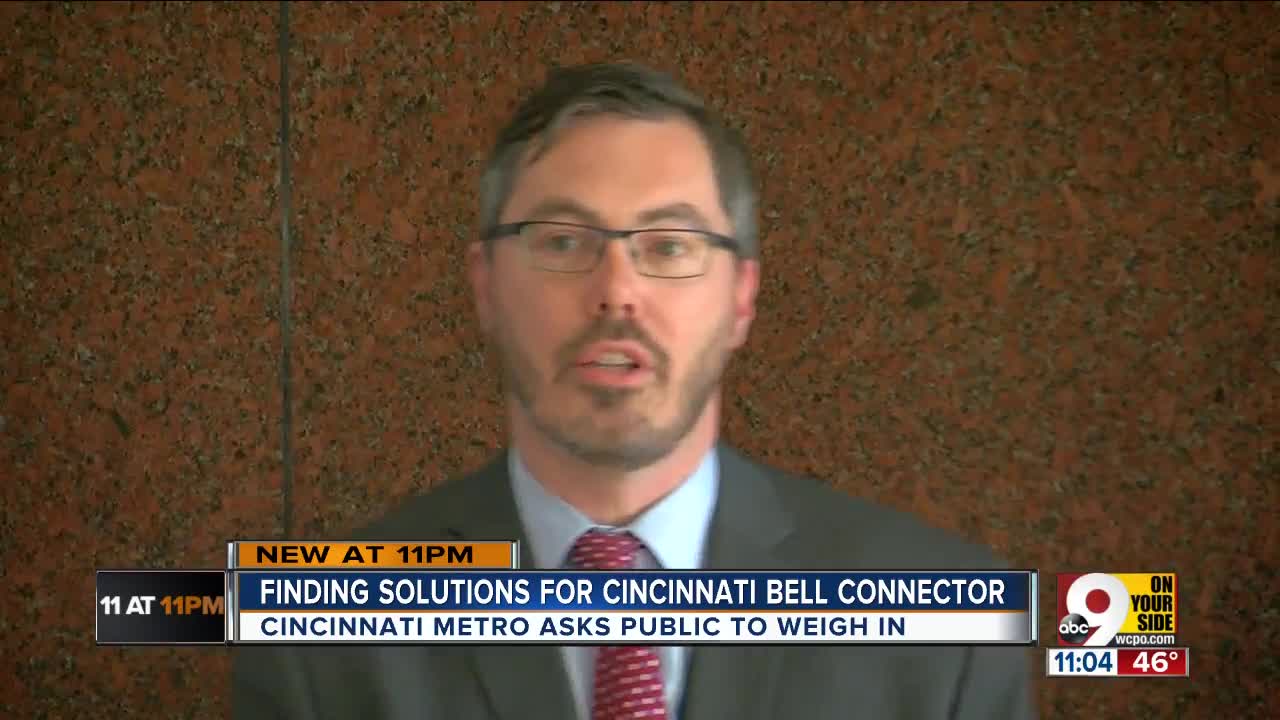 CINCINNATI — In case you haven’t taken a look at WCPO’s Facebook comments since 2016, here’s a quick refresher: Everyone is angry about politics, always, and everyone has an idea to improve the Cincinnati Bell Connector.

A Tuesday night meeting gave attendees a chance to weigh in on the second thing.

The Southwest Ohio Regional Transit Authority floated three new scheduling proposals they hope would increase ridership, which has waxed and waned throughout the streetcar’s two years orbiting Over-the-Rhine and Downtown.

Still, like any public transportation, there are those who depend on it daily.

"I love using the streetcar every day because in the morning and in the afternoon I can track it,” said Ty Walbrink, who takes it to work every weekday. “I know exactly when it's going to show up. There's a schedule and I can get to work in 10 minutes."

According to spokeswoman Heather Norris-Garcia, analysis shows the streetcar sees the fewest riders late at night and the most over the weekend, when demand sometimes outstrips capacity.

Jill Sorboro, who manages Mikey’s Late Night Slice in Over-the-Rhine, sees that often enough. She said she would support a schedule that put more cars on the road during weekends so people visiting the neighborhood had a safe option to get around.

SORTA hopes to augment its services without increasing its costs by either:

Attendees at the meeting were invited to give feedback in person, but anyone interested in voting for one of the plans or voicing other concerns can do so online.

The final decision will still fall to City Council and SORTA’s board of trustees.