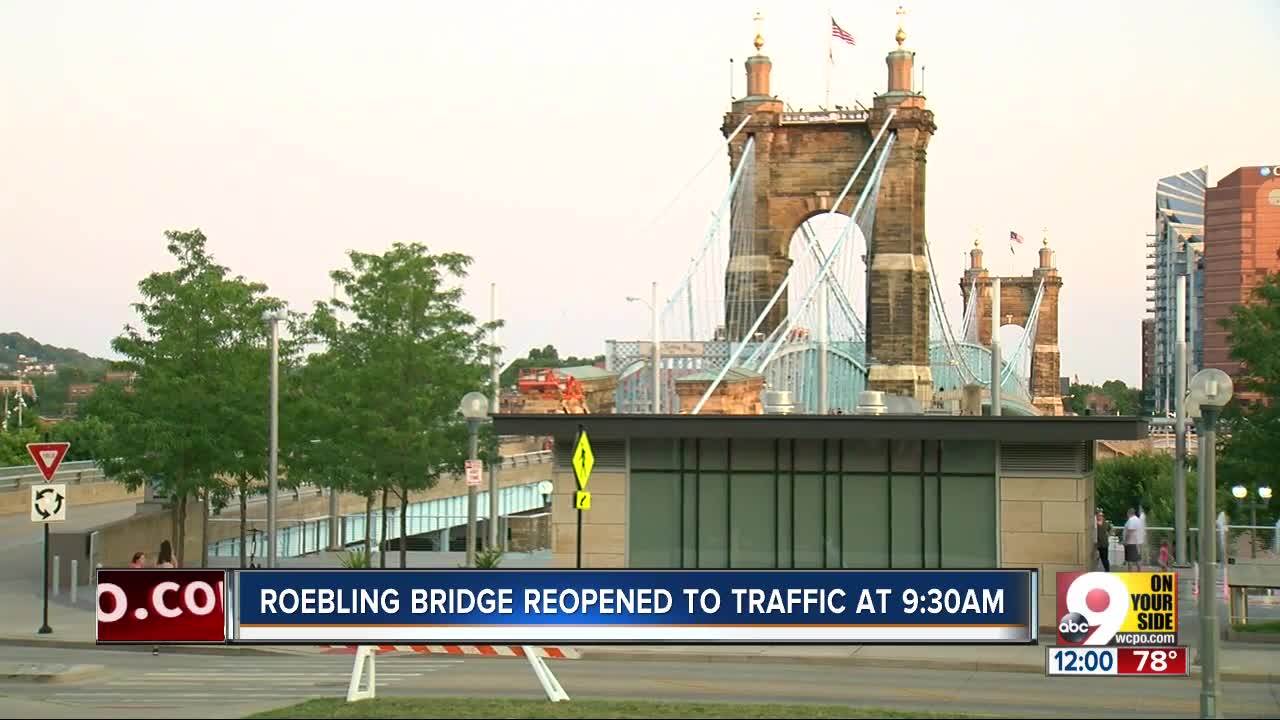 The John A. Roebling Suspension Bridge reopened to drivers and pedestrians Friday after a months-long closure due to the threat of falling sandstone. 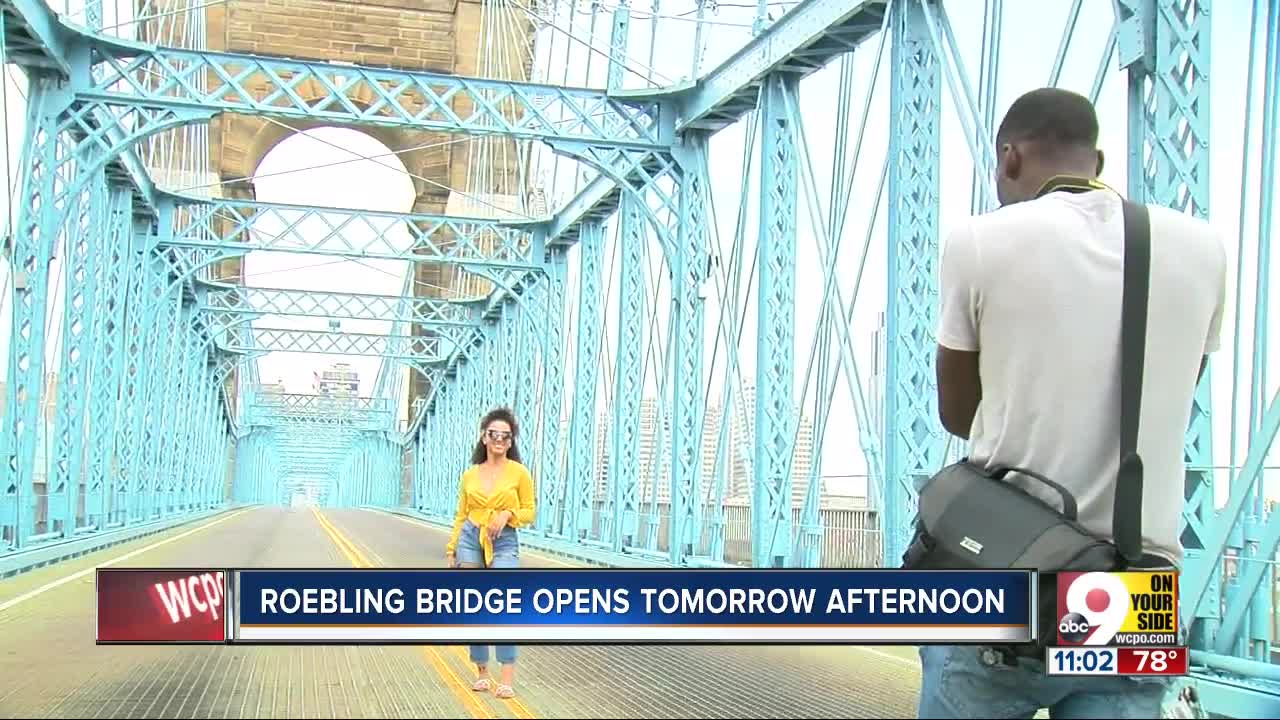 The monthslong emergency closure of the bridge was good news for one person, at least.

Atlanta photographer Jaylin Meyers took advantage of the temporary ban on vehicle traffic to shoot on the iconic landmark, knowing his subjects — mostly wedding parties and engaged couples — wouldn’t be at risk of getting run over in the middle of Roebling Way.

Everyone else was ready for it to reopen Friday.

“Every time the Roebling closes, it definitely does hit us,” said Ian Hunt, a barista at Roebling Point Books and Coffee. “It hits us where it hurts. We’re still able to exist, thankfully, but it does hurt business quite a bit.”

The 152-year-old Roebling has been closed to vehicle traffic since April, when chunks of sandstone fell from its northern tower. Subsequent months allowed pedestrians to continue crossing — usually — while workers chipped away at other loose fragments of sandstone and installed safety netting to catch any future debris.

It’s not a permanent fix. That arrives in 2020, when the bridge will be completely repaired and restored per a pre-existing $8 million preservation plan.

Still, having it open and functional will be an improvement for Hunt and others who work in the area. About 8,000 cars cross the bridge every day, and businesses on either side rely on that traffic to bring them customers.