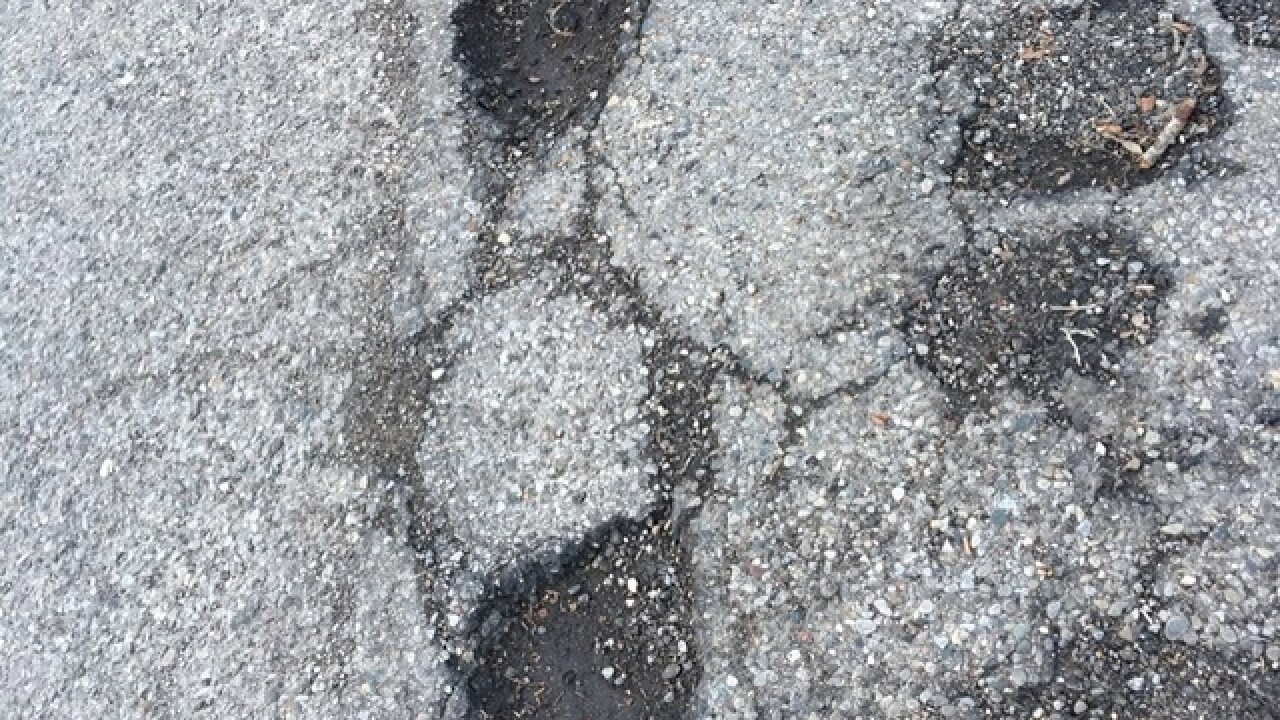 CINCINNATI -- Flooding on the Ohio River left more than a mess for people in a few neighborhoods: It also left a backlog of potholes all around Cincinnati.

According to City Manager Harry Black, that's because workers who normally handle pothole repairs have been busy with emergency flood response and recovery.

Cincinnati has received more than 2,000 reports of potholes this year, 460 of them since Saturday. More and more of them appear this time of year, as the freeze-thaw cycle damages pavement.

At Bob Sumerel Tire, manager Larry McIntosh has seen at least two or three cars with bent wheels in the past few days.

"One guy had both of them on the same side, and I believe I got one on my car because I got a heck of a vibration about 45-50 mph now," he said.

That vibration can be a tell-tale sign, he said, and you shouldn't wait to get it fixed. With the alignment out of whack, tires will wear faster and gas mileage can decrease.

City crews were able to return to pothole repairs again Friday, and extra shifts will be working over the weekend to catch up on the backlog.