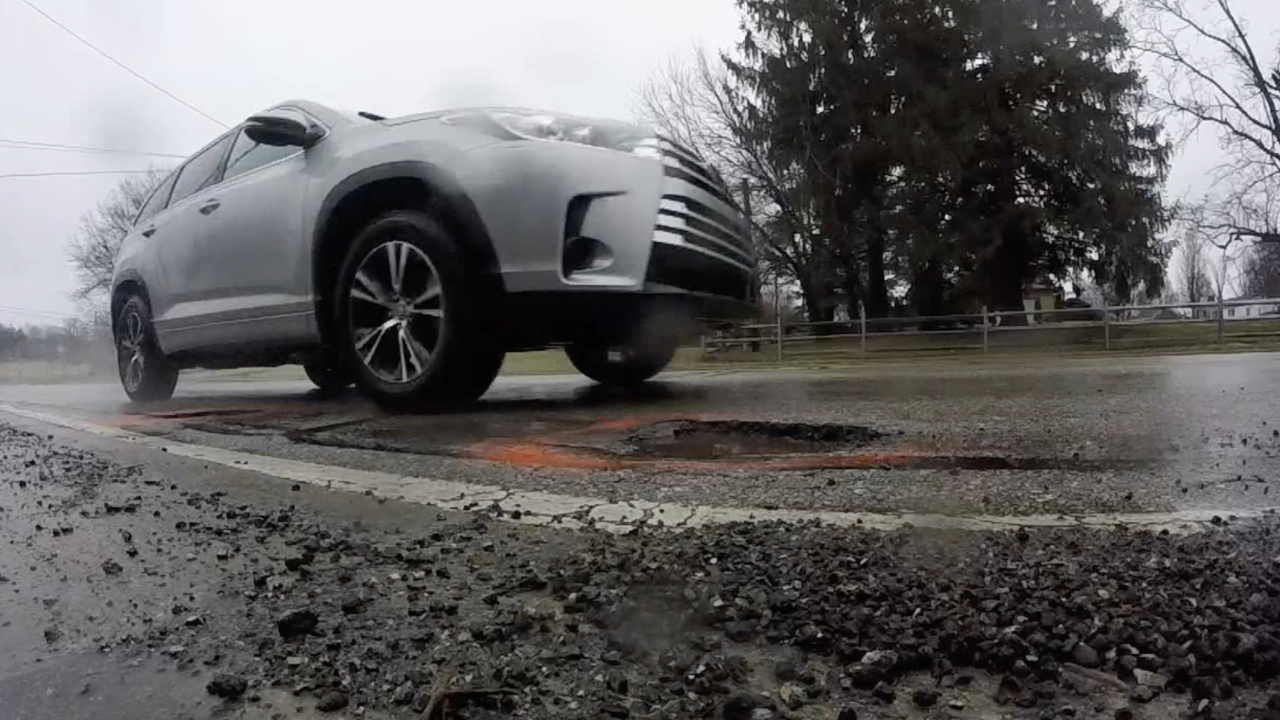 From Western Hills to Butler County, down to Kenton County and further, one enemy of the people has been wreaking havoc on all innocent Tri-State drivers: potholes.

One man is taking a stand, rolling up his sleeves and shaking things up -- with spraypaint.

"I bought some fluorescent paint and I just paint around them!" said Greg Morehead, resident of Fort Mitchell and foe to potholes. "It's just a warning to other drivers -- hopefully the can see the paint and not hit them, and they won't have the same problem I did."

Morehead, like many others in the Tri-State this time of year, has had three flat tires just this year from hitting potholes. Each replacement or repair has cost him $150, and the cost adds up.

"We all need help with this!" he said. "We're all sick of hitting them and spending all this money."

For the average driver in Greater Cincinnati, this cost is certainly something to fear -- not to mention the threat of missing work for a flat tire or dented rim.

Thanks to the dramatic freezing and thawing from this winter, roads in the region are opening up into chasms all over.

Monica Andrews, born and raised in Western Hills, has already lost out on a missed day of work and $437, thanks to potholes.

"I hit a really bit pothole -- it took the breath out of me and scared me," she said. "I'm a single mom, so any penny that I have to put out, it hurts. So to have to put out half of my month's rent...I still haven't caught back up yet."

Matt Clary, owner of Star Motors on Short Vine, is all too familiar with the damage potholes can do to vehicles.

"They're three bed, two bath potholes," said Clary. "You could live in them."

He's very aware of how large the holes in the road have gotten this year, and he says even perfectly good tires are blowing apart because of them.

"The last 4 digits says 4618," he said, gesturing to numbers printed on a typical-looking tire. "That means that tire was made in the 46th week of 2018. That's a good tire. Most manufacturers recommend replacing after three to five years. When the tire gets dry or out of the compound they, they're more capable to blow out."

Road crews have been working to repair the potholes, but they seem to be opening up faster than they can be fixed. In the meantime, Morehead says he will continue to spray paint them with fluorescent colors to save others the money he was forced to pay out.