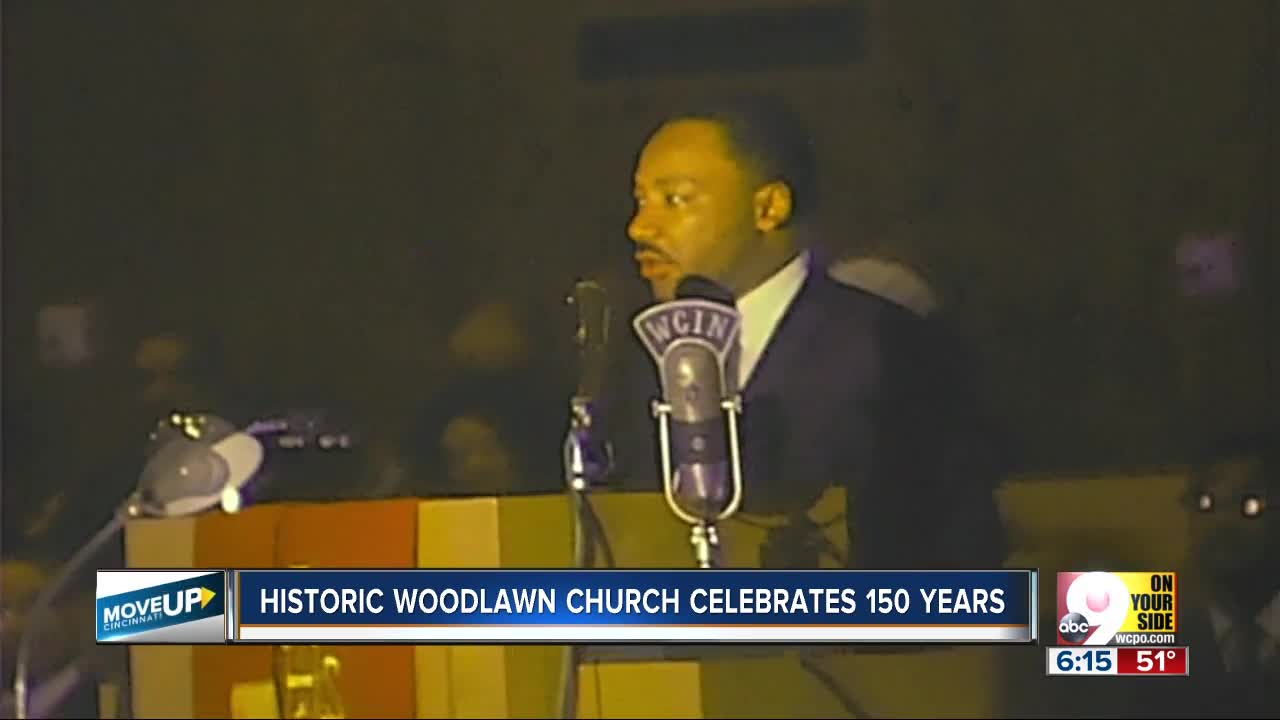 2019 marks the 150th anniversary of Mt. Zion Baptist Church in Woodlawn. It was formed six years after slavery ended and became one of the key African American churches involved in the civil rights movement in Cincinnati. Today, the church works to remain active and relevant in the community. 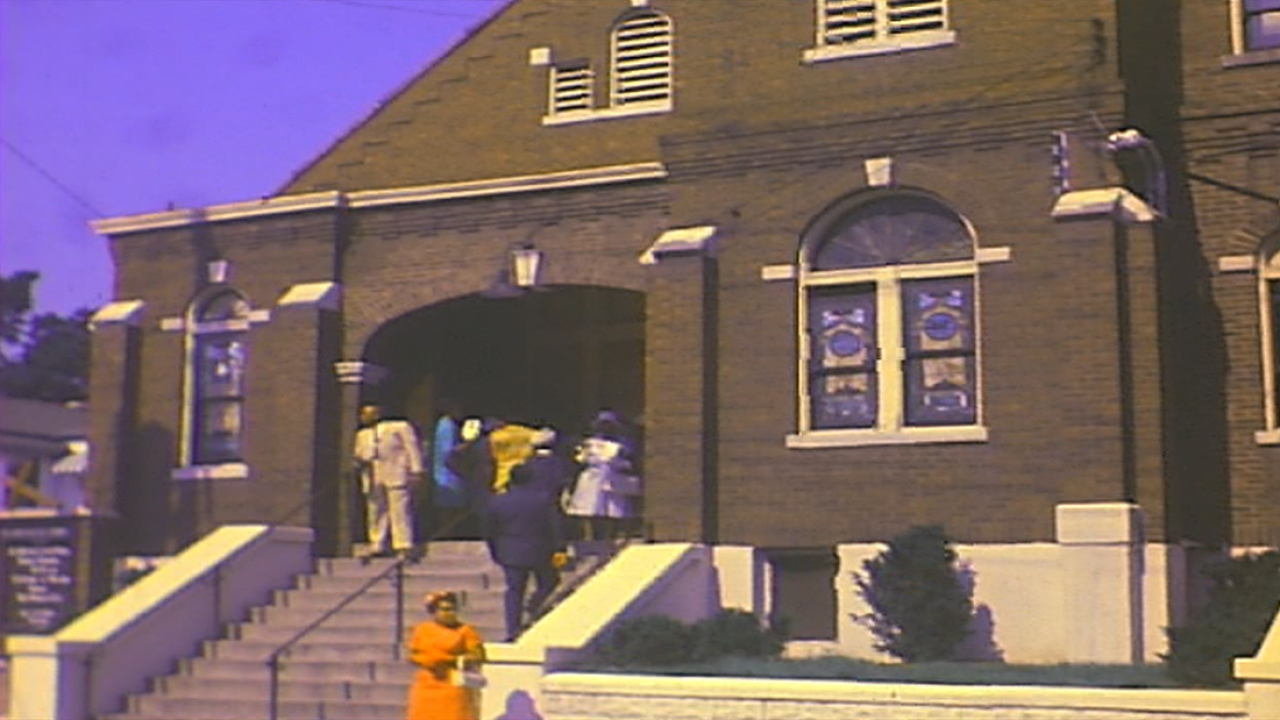 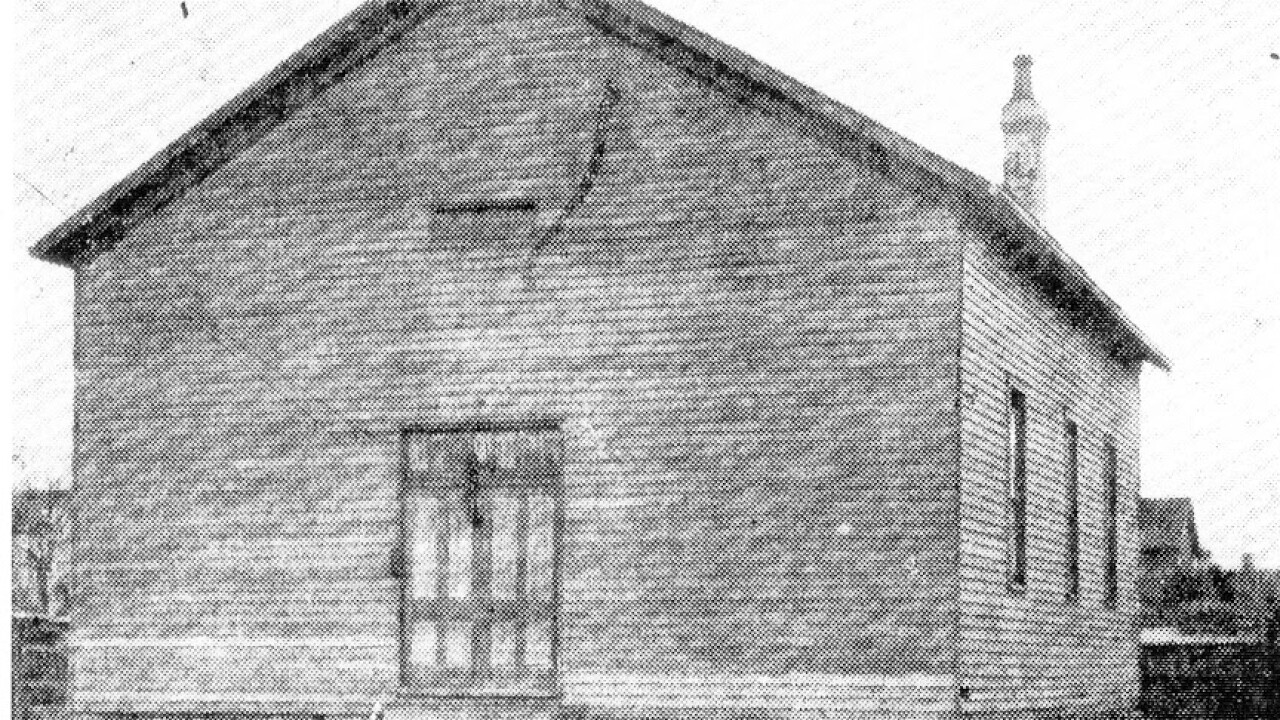 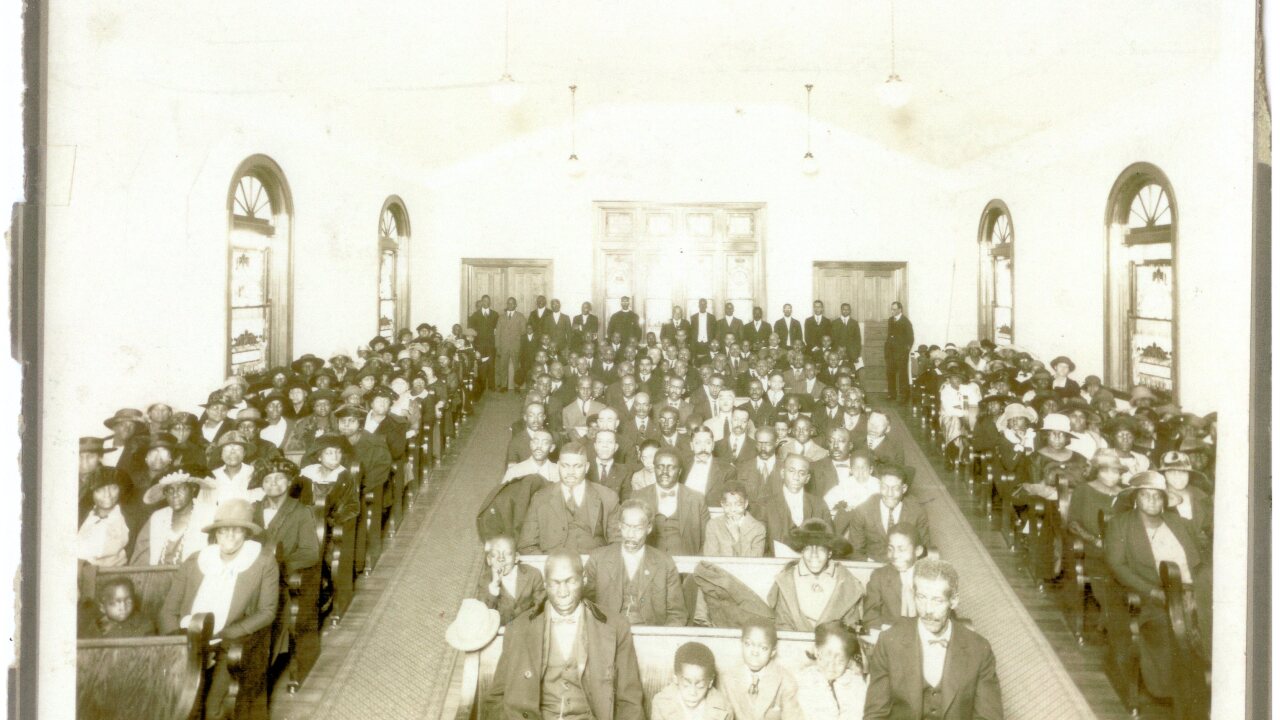 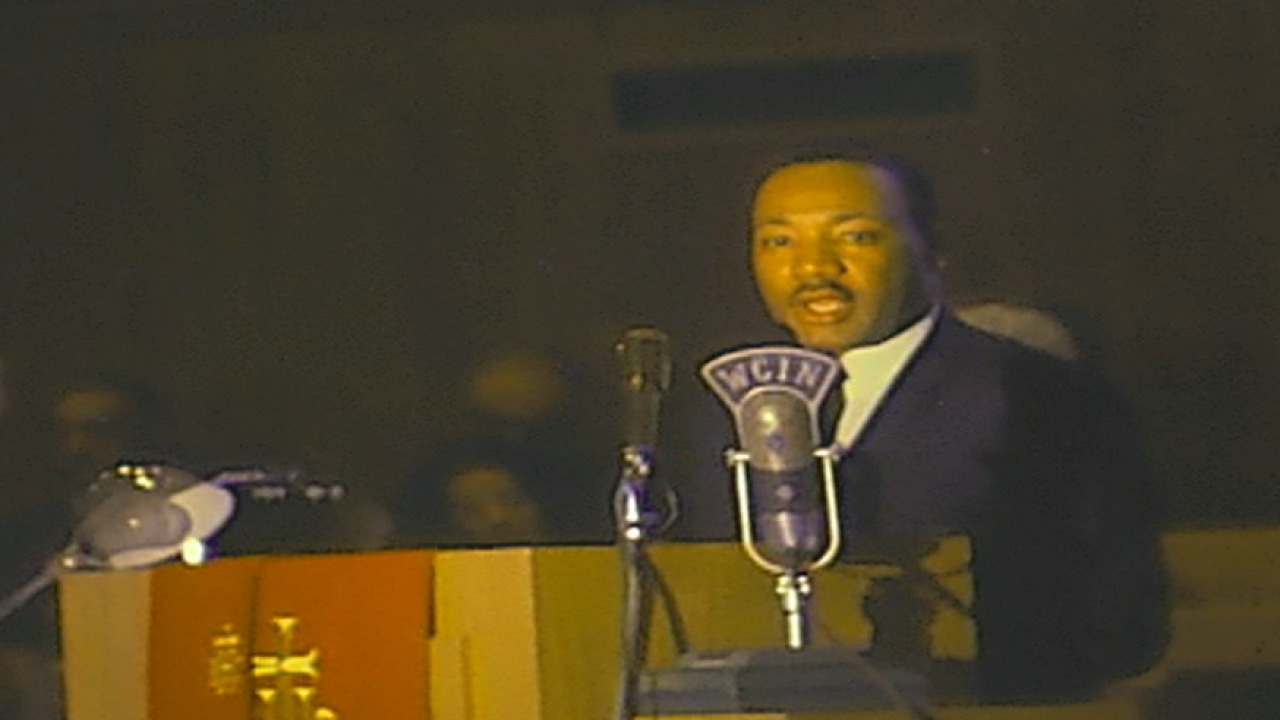 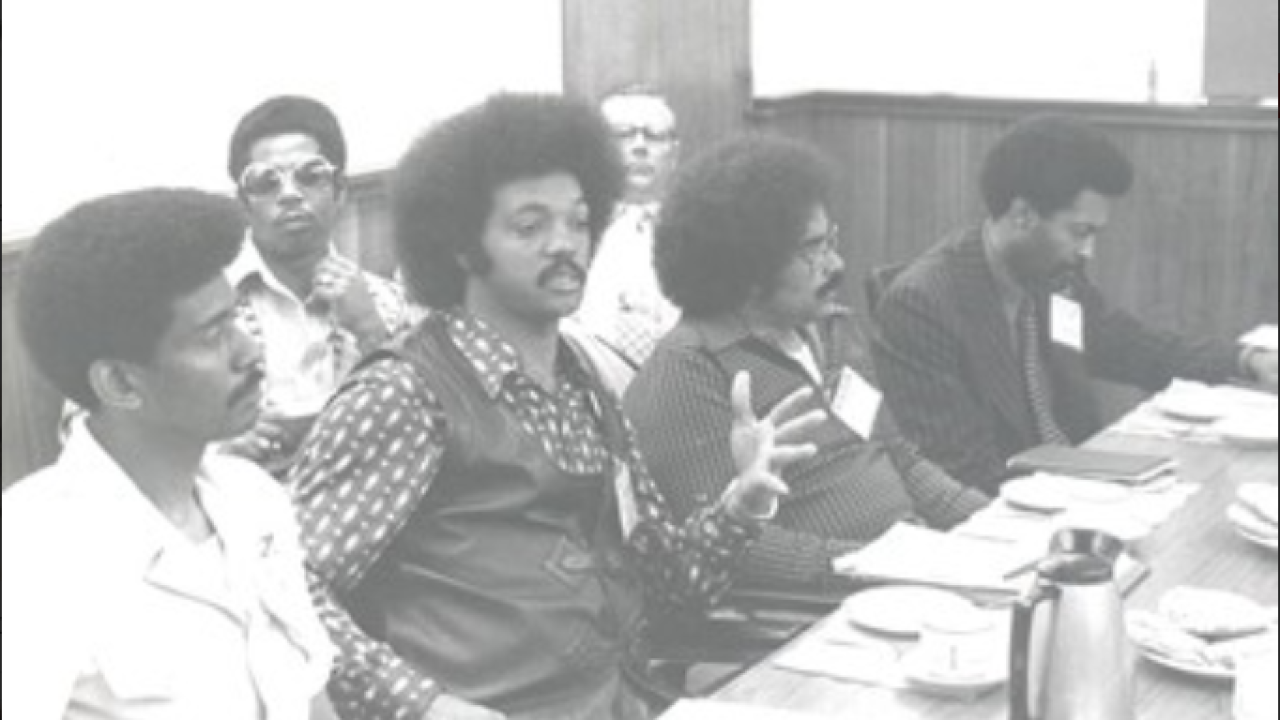 Rev. T. Scott Swan, pastor of Mt. Zion Baptist Church in Woodlawn, has quite the story to tell of an encounter with former pastor Rev. Otis Moss, Jr. during his recent visit to Cincinnati.

As the two were riding from the airport, Moss' cell phone rang.

Who is Dexter, you ask? His father is someone you may have heard of: Martin Luther King Jr.

When he hung up, Moss told swan about the connection he still holds with the famed civil rights leader's now-adult children.

"I was honored just to be in the car," Swan said. He said the experience shows the strong historical legacy Mt. Zion Baptist Church in Woodlawn continues to carry on. "There's a sense of Mt. Zion that feels connected to that."

Leaders and congregants at the Woodlawn church have spent the last several months examining and celebrating its rich history as the community pillar marks its 150th anniversary. This fall, the church held a number of events in honor of the milestone, including revival services, an anniversary gala and a special church service featuring Moss.

Opening in 1869, Mt. Zion was one of multiple Baptist churches Rev. Wallace Shelton started in Cincinnati. Several of them held the Zion name and are still around today. And, like many of them, Mt. Zion can trace its origin back to a tumultuous time in the nation's history.

"At that time if you consider historically, that was just six years after the Emancipation Proclamation had been signed,” said Margaret Scott, church clerk and co-chairman of the 150th anniversary committee at the church and a historian at Mt. Zion. “They wanted to have their own sanctuary, their own church. So, they began meeting at various members homes.”

Scott said there were about a dozen families that made up that first congregation. It was a difficult time.

“I’m sure at that time, for Black people, they may not have been as welcomed in some congregations as we might welcome them today," she said. "So, it was kind of a necessity, but a need and a want."

However, in 1871, just two years after the church formed, the congregation managed to build a small, one-room weather-board building. It was on Wayne Avenue in Lockland. As the congregation continued to grow, it was time to build again in 1923. The original church building was torn down to make room for the new structure.

“You know, it doesn’t matter how depressed our economy is, if there’s something you desire, you will work to get that,” Scott said.

Perhaps one of the most active times in the church's history was during the 1960s. Moss became the pastor at that time, and his leadership helped push Mt. Zion to the forefront of the civil rights movement in Cincinnati.

“Justice needed to be served so people came together to help to remedy the oppression that was going on in the area,” Scott said. She said Mt. Zion was a hotbed of activity for the Civil Rights Movement during those years. The church was known to be affiliated with the Southern Christian Leadership Conference, and Martin Luther King Jr. was a friend of Moss'. King spoke at the church in June of 1967, 10 months before his assassination. Moss left Mt. Zion in 1975 to move to Cleveland, where he became pastor of Olivet Institutional Baptist Church.

But Mt. Zion continued on. In 1980, the church moved again to a one-story building in Woodlawn. It's equipped with a kitchen, meeting space, offices and of course, a sanctuary. It also houses a federal credit union, which was formed during Moss' leadership to help church members who were refused loans years ago because of discrimination.

Today, more than 50 years later, Swan said the church is working to remain relevant and attentive to community needs. It's a multi-generational church: Two members are over 100 years old and messaging has expanded to come through newer methods like Facebook, Twitter and Instagram.

"What’s the new civil rights struggles? What are the new issues confronting our community?" Swan said. "What are the things that people are struggling with today? And, how does the church position ourselves to be in the middle of that the way they were, you know 50 years ago?"

He said Mt. Zion is known as a place people can turn to when they need help, and that hasn't changed.

“We stay in touch and in tuned with the people and as issues arise, we can’t stay out of the fray,” Swain said.

Bob Merriweather is chairman of the deacon board and he and his wife have attended the church for 40 years. He said Mt. Zion is a place that helps people.

"Mt. Zion is just a very loving church," he said. "And, you can just sense that when you come here."

Current church membership is around 700, down from the early 2000s when membership climbed to more than 1,100. But Swan said they continue to offer a number of services to the community, including after-school tutoring for children, parenting education and programs for women on domestic violence and breast cancer detection.

"What wakes me up in the morning, excited is the possibility or potential that we can borrow from that rich history and make it work in a real way in the lives of the people that we serve now," Swan said.