Why a Cincinnati-Dayton partnership could be a regional powerhouse 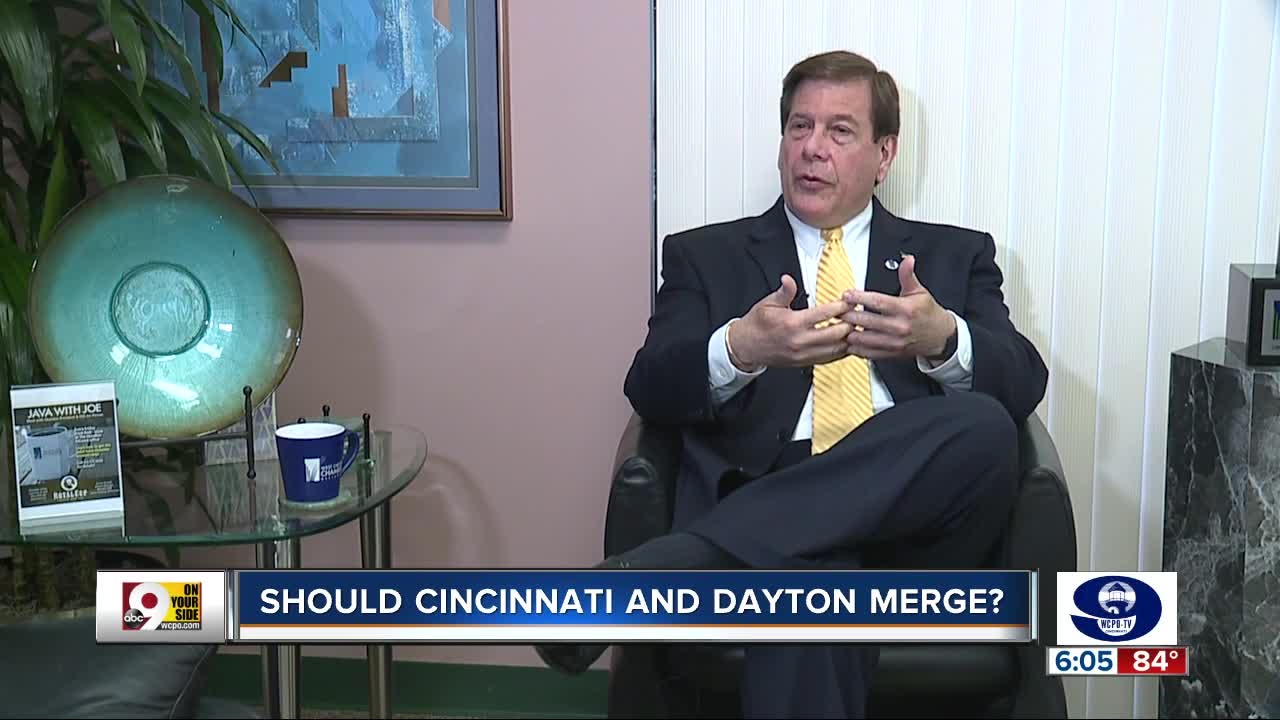 Such a partnership may transform jobs, transportation, the economy and the future of southwest Ohio.

The possibility that Cincinnati and Dayton could merge into one region has been a topic of discussion for at least two decades. Such a partnership may transform jobs, transportation, the economy and the future of southwest Ohio.

"If you put the two together, then it's the 18th-largest in the U.S., with over 3 million people," said Joe Hinson, president and chief executive officer of the West Chester-Liberty Chamber Alliance.

Hinson has long been a proponent of the idea to combine the two regions. He said the determining factor for the OMB lies in the commuting patterns of residents from both areas.

"Of the total workforce in the Dayton market, 25% of that workforce has to be from Cincinnati," said Hinson. "Today, it's only 6%."

But, that number could be rising.

"In the last six months, I know we've gotten two jobs up in that (Dayton) area," said Carl Wohl, who was working on a project in Butler County for Cincinnati-based HVAC contractor Sure Mechanical, LLC. "We've also hired people that live in Dayton, and we kind of go back and forth."

In addition, the Butler County Regional Transit Authority now operates a shuttle bus called "Worklink" that transports workers between West Chester to Dayton for $2 each way. The bus also makes stops at Monroe, Atrium Medical Center and the Dayton Mall. An added stop is now outside the new Amazon warehouse facility opening in Monroe.

"There are a lot of things in place that say this is going to occur," Hinson said. "But, we're at this point not sure about the timing."

However, he believes the overall benefit could be increased economic development and government funding.

"If you look at the funding mechanisms that are in place from both the state side and the federal side, number one seems to be Cleveland, two Columbus, number three our area," Hinson said.

He believes combining Cincinnati and Dayton would change the funding priorities in the state.

Dayton bills itself as the "crossroads of America," because one of the nation's major north-south highway arteries, I-75, crosses with one of the nation's major east-west highway arteries, I-70. With Amazon's air hub coming to CVG and numerous anticipated tech jobs in Uptown's Innovation Corridor, Hinson said having a combined region makes the area more attractive to other businesses looking to move.

"What we're talking about are national companies that see the value of being here between two major markets," he said.

He estimates about 1 million people live in the communities located along I-75 between I-275 and I-675, an area he calls the "growth corridor." Also in that corridor: GE Aviation and Wright-Patterson Air Force Base, both of which are among the top 25 employers in Ohio.

"When we look at the growth and development of this area, we're really talking about more of the high-tech-type positions on this growth corridor," he said.

Hinson said he is asking the OMB to look at other criteria outside of workforce commuters for deciding whether to combine the two regions. He believes consumer and business spending should be considered.

Still, Hinson isn't optimistic the 2020 Census will show enough change to combine the two regions. But, he thinks it will happen one day.

"Inevitable?” he asked. “We surely think so."