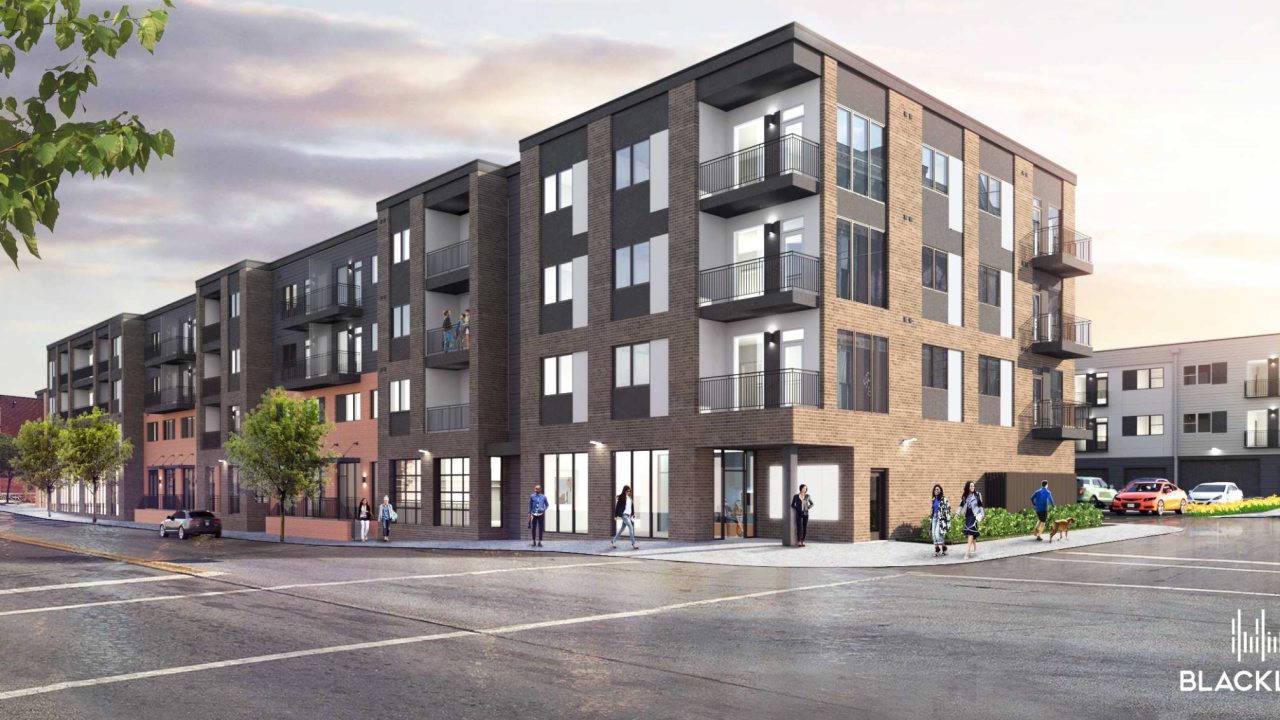 CINCINNATI — Take a drive down East McMillian just east of Gilbert Avenue and you'll see the change that will soon be unmistakable.

A number of buildings that have been dormant for years are now buzzing with activity. The sounds of hammers and electric saws are coupled with the images of workers in hard hats. It's evidence that Walnut Hills is among the growing list of Cincinnati neighborhoods seeing new development.

"Walnut Hills has just this incredible urban fabric that we love and what we really focus on in projects that we do across the country," said Jake Dietrich, director of development for Milhaus Development. The Indianapolis-based developer is working on a large, new apartment project on East McMillan.

"Currently under construction, this is the most units of residential that we have underway right now," said Emily Ahouse, executive director of the Walnut Hills Redevelopment Foundation. The development called Poste will consist of three apartment buildings on East McMillan and Concord. It will have a total of 124 units and it will include more than 4,000 square feet of retail space on the street level.

"We are actively looking for local homegrown retailers to fill what's hopefully services and amenities for everybody that lives in the neighborhood," Dietrich said.

This is the second project for Milhaus in Cincinnati. The first was a development project called The Gantry on Hamilton Avenue, which opened in 2016.

The style of the apartment buildings will be different from the older, historic buildings in Walnut Hills. Dietrich said he thinks trying to mimic the existing style would be a mistake.

"It's clearly modern in its design and that is what we like about it," Ahouse said. "It is a new building and it looks new while being respectful of the scale and general streetscape appearance."

Meanwhile, the naming of the development did take a page out of Walnut Hills' history along the underground railroad. Walnut Hills was a stop, or "post," for African Americans escaping slavery.

"We try to think about what makes sense given the roots of the community," said Dietrich. When we think about naming, we don't just come up with some arbitrary name."

Meanwhile, the developer has also thought about what potential renters will want as amenities. Some units will include balconies, bicycle parking and a maker space.

"The biggest amenity for Poste is the neighborhood," he said. "Residents that will live here will be choosing to live here, not maybe specifically because of the apartment itself, but because of Walnut Hills."

He also said he proximity to downtown, the University of Cincinnati and area hospitals will be attractive to renters. Rent prices are considered market rate with a few units set aside with affordable rates. A studio unit will start at $800 per month. There will also be one and two-bedroom units available. The first residents are expected to move in this fall.

Cincinnati is one of about a dozen cities where Milhaus is focusing its urban development projects. Other cities include Louisville, Indianapolis, Pittsburgh and Milwaukee.

"We have a couple of new projects that are going to be announced here hopefully within the coming weeks that will hopefully add to our footprint here that's going to grow for hopefully years to come," he said.