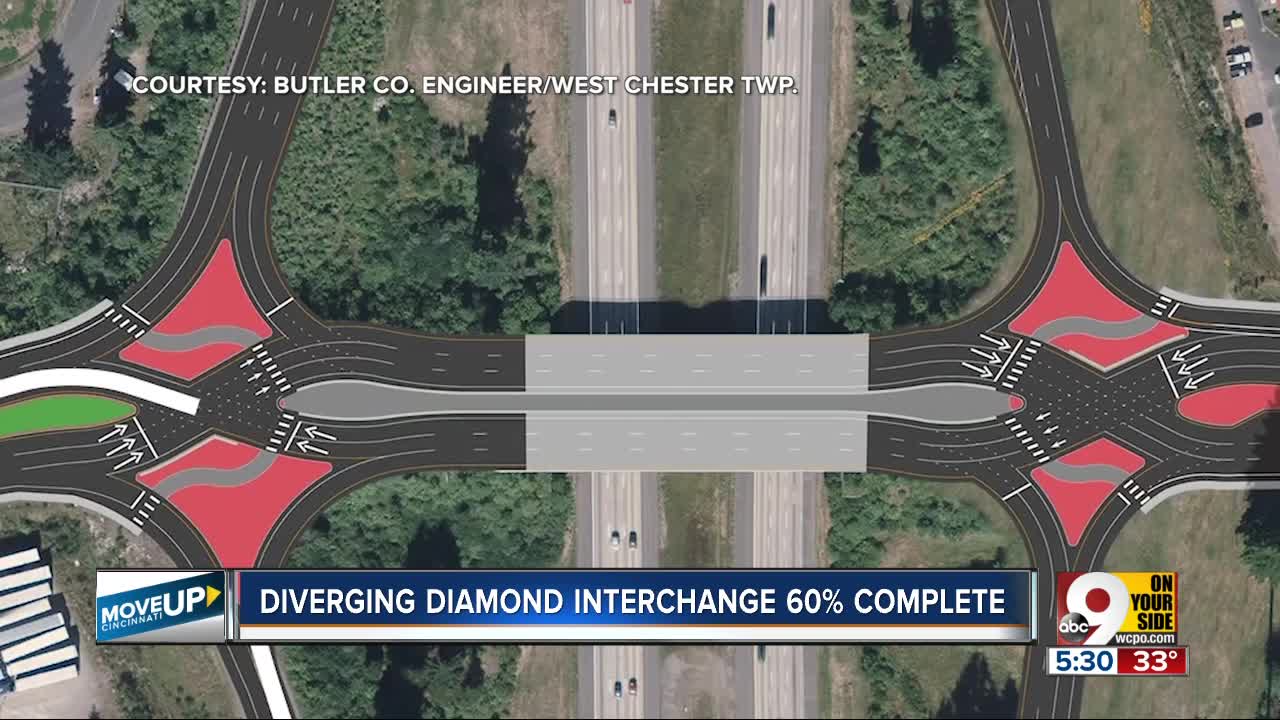 The Union Centre Boulevard exit is in the middle of a major transformation. It will become the region's first diverging diamond interchange. Construction work began bustling at the intersection in May. 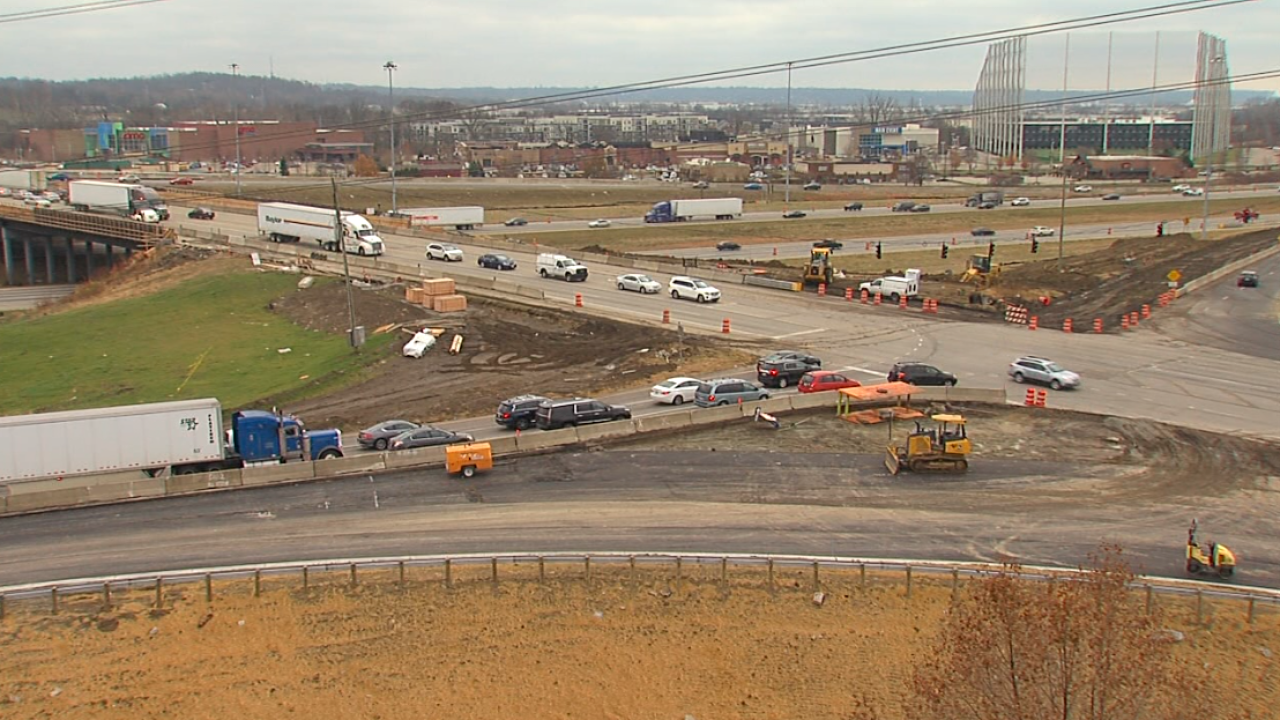 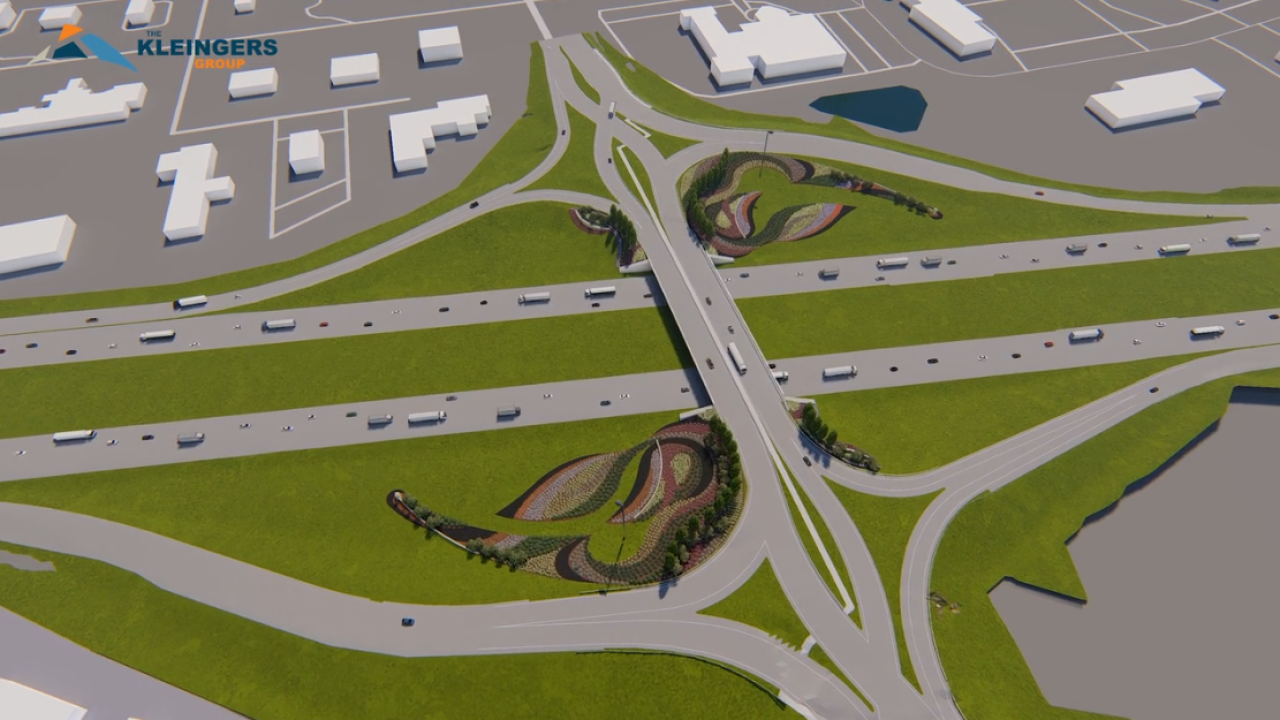 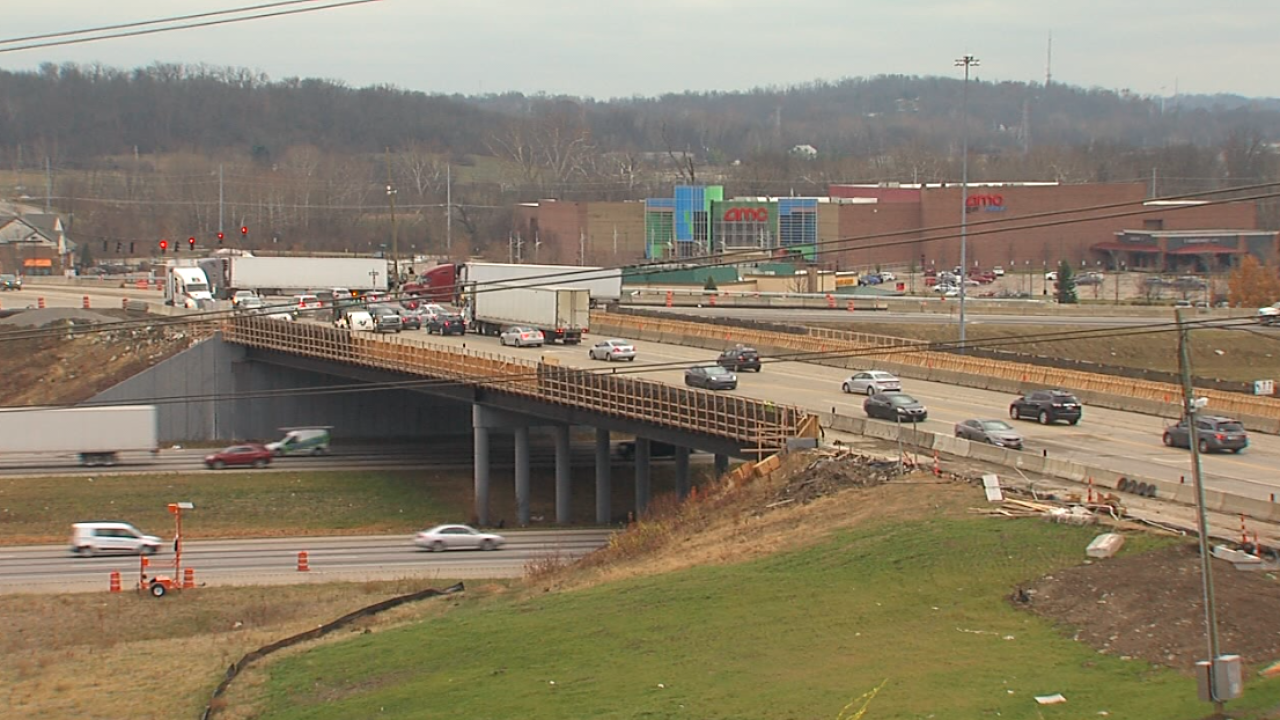 Holiday and winter travel along Interstate 75 in West Chester should be a little easier to navigate than some of the slowdowns many drivers may have experienced during the summer months.

The Union Centre Boulevard exit is in the middle of a major transformation in what will become the region's first diverging diamond interchange. Construction work began bustling at the intersection in May, and crews have been working around the clock to wrap up ramp work before the construction season ends. Work should be wrapped up this week for the season.

"We tried to keep all the lanes open that we could physically keep open," said Greg Wilkens, Butler County engineer.

The diverging diamond interchange is a newer traffic configuration, and it will be only the third one in Ohio when it opens, joining others in Columbus and Toledo. From overhead, roads seem to cross in the form of a figure eight. From the ground, drivers crossing Union Centre Boulevard at I-75 will enter the interchange from the right side of the road, as normal. But, drivers will then cross over to the left side of the road for left turns onto the interstate. Or, drivers will cross back to the right side of the road to continue straight. Wilkens said the revised configuration eliminates turning left against oncoming traffic or waiting for a left-turn signal, which he said creates safer intersections.

He admits the images of the interchange can seem confusing at first, "but, when you're in it, it seems a natural movement," he said.

Construction crews spent the summer creating lanes on either side of the Union Centre Boulevard overpass to accommodate the new configuration. Wilkens said the work is being done without widening the overpass, and with an effort to limit the impact on drivers. Most of the work was completed during the night.

"Quite honestly, we've been working 24 hours a day quite a bit here," he said. "We're about 60 percent complete. Most of that, as you'll see, is the hard pavement work."

Drivers through the area during the winter will still see some temporary barriers along the overpass, along with some electrical and traffic signal work. However, Wilkens said the work on the southbound ramps to I-75 is nearly completed. Work on the ramps onto Union Centre Boulevard will need to be completed next year.

One of the biggest pieces of the project is the overpass work that creates lanes to direct drivers to the opposite side of the road. Wilkens said these lanes have to be precisely laid out to avoid confusion for drivers. He also said there will be a full closure of the overpass to complete a major piece of the project.

"Most of that work is going to be 24 hours a day for about four days," he said. Traffic will be detoured around the bridge when that closure happens. However, when the road re-opens, the entire project is expected to be completed. That is projected to be by Aug. 1, 2020.

West Chester Township will pay for the $20 million project through tax increment financing, also known as TIF, which allows the future increase in property value to be used to finance part of the cost of improvement. Once completed, the intersection will include a pedestrian walkway down the middle of the overpass, landscaping as drivers approach the entrance ramps and fencing with a clock motif as a nod to West Chester's clock tower just west of the intersection off Union Centre Boulevard.