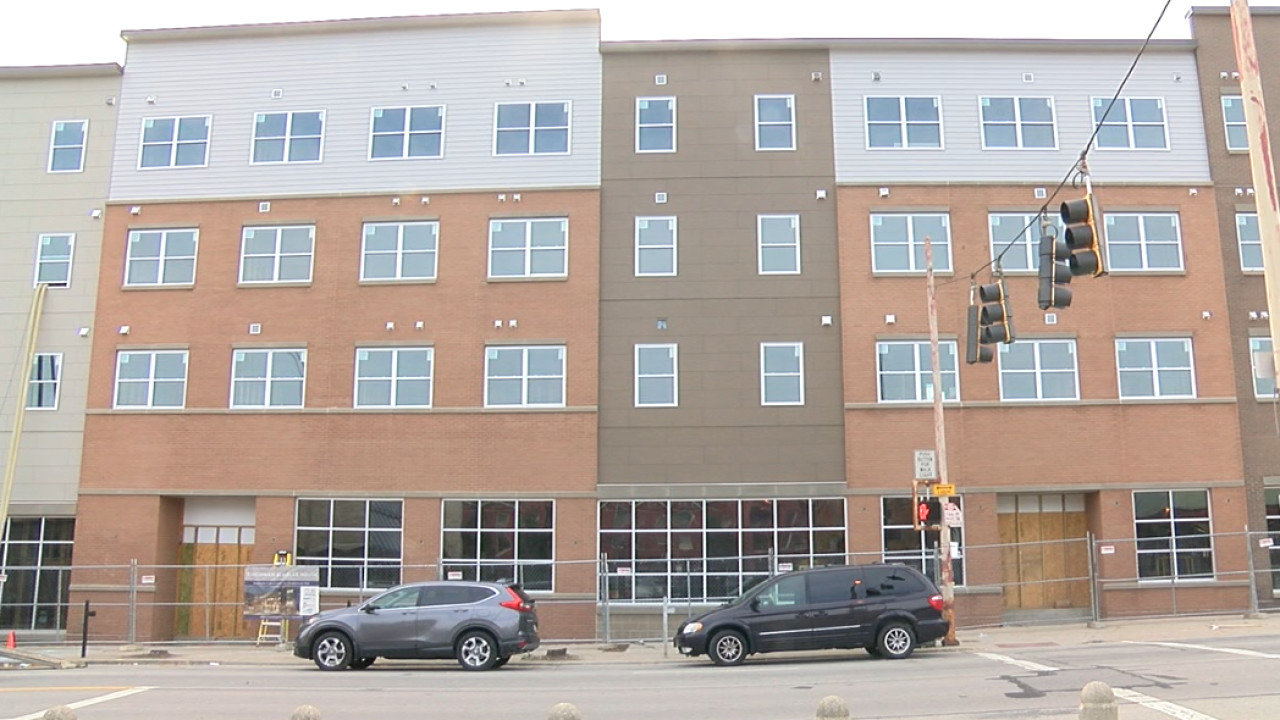 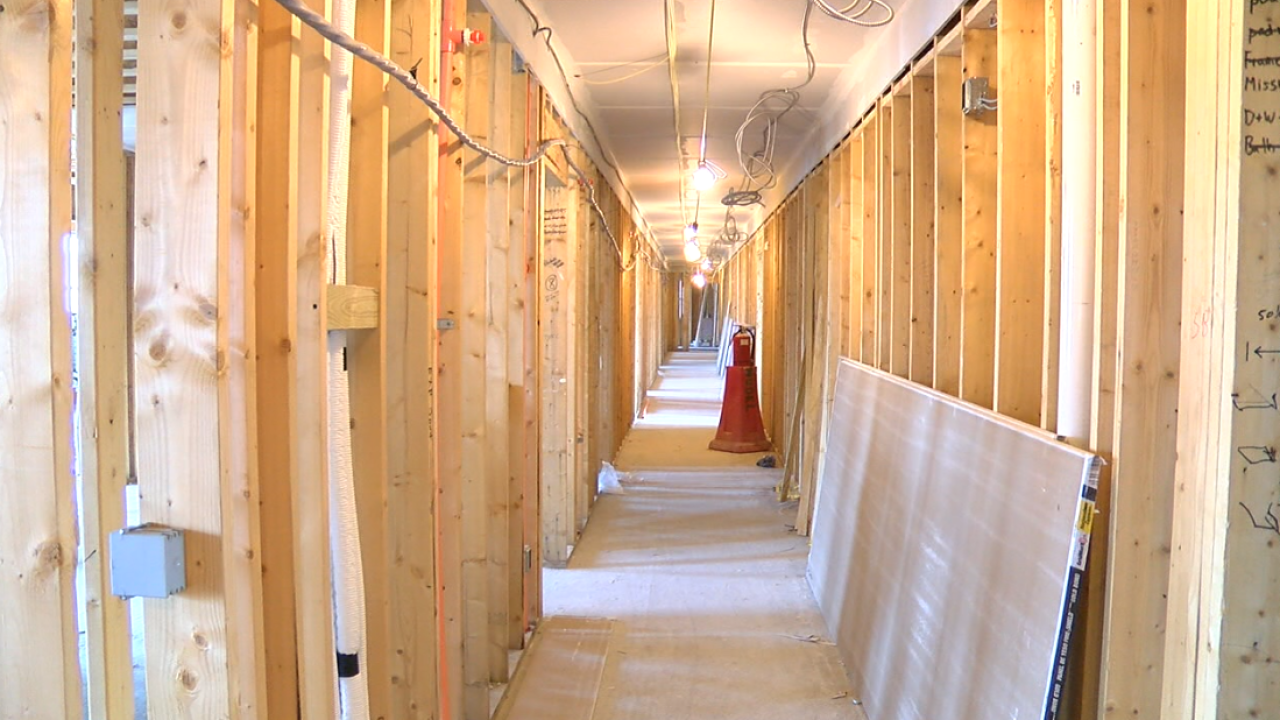 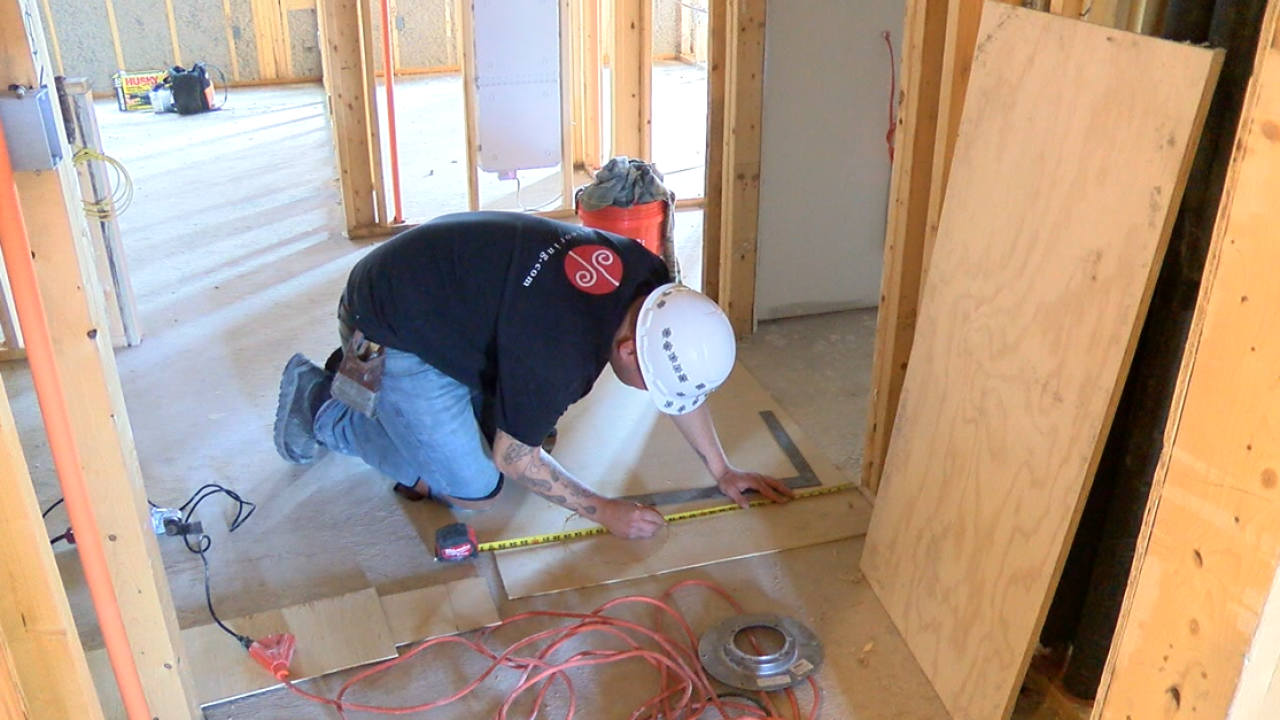 Allysa Worrall knows what she wants and goes for it.

That means parenting, working and going to college all at once.

Worrall's goals are to get a science degree from Cincinnati State, go on to earn a bachelor's degree in biology and then apply for chiropractic school, all while raising her 2 1/2-year-old son. It's a difficult balance.

"It's been a journey navigating motherhood and trying to get an education as well," she said.

Worrall moved to Cincinnati about a year ago. She grew up in Hawaii and doesn't have any family in town, or very many friends — meaning she doesn't have many people to lean on.

"So, I'm just really focusing on my education," she added.

The combination of trying to go to college full-time, find low-income housing and care for school-aged children is a lot to handle for any parent.

A new building currently under construction on East McMillan Street in Walnut Hills may be the key to addressing all of those issues for several local families. Cincinnati Union Bethel, Christ Church Cathedral and The Model Group are in the final stages of constructing Cincinnati's first Scholar House, which is a concept that began in Kentucky.

The idea is to provide low-income housing and services to single parents who are enrolled in college. There are already two in northern Kentucky. The brand new building in the Peebles Corner area with 44 two and three bedroom apartment units is expected to open in April.

The Walnut Hills area on East McMillan Street is in the middle of a major revitalization. Several new businesses, like restaurants, coffee shops and a bakery, have recently moved into nearby storefronts.

And The Scholar House gets to be a part of that.

"We have a retail space on the first floor that's about 3,000 square feet," said Tim Westrich, developer for The Model Group. He said they haven't found retail tenants yet to occupy the space, but it could potentially have room for at least two businesses.

"This is one phase in about four phases up and down East McMillan Street of positive renovation, of moving the neighborhood forward and trying to do it in an inclusive way," he said, "Really the most important stretch of Walnut Hills is the Peebles Corner stretch right here."

Westrich said the community has been intentional about the need for affordable housing as part of renovation projects happening in the area.

“When we visited the models in Kentucky we were so impressed with what we saw, we felt like it was really important to have that model here,” said Jane Page-Steiner, a member of Christ Church Cathedral in downtown Cincinnati. She said the church is contributing $2.5 million to the project over the next 10 years. The total construction cost is $12 million.

"It really is a unique project and really helps educate two generations at a time, which is so powerful," said Page-Steiner, who began working on the project five years ago. "It really, I think, helps lift people out of poverty in a different type of way."

The apartment building will be much more than rental units. The complex will include an early childhood education center for ages six weeks to school-age. There will also be multiple services designed to help the parents.

She works for Cincinnati Union Bethel, a local social service agency focused on helping women and families, and will be the managing director for the Cincinnati Scholar House.

"One parent that I'm working closely with right now, I'm trying to get her into a home," Moody said. "Right now she's having housing issues. She was in school. Now, (she's) trying to get back into school."

She said some services will include workshops on effective parenting, financial literacy and making it through college. Volunteers will be a key component by providing many of the programs and services for the apartment dwellers. A number of local organizations have already committed their members and time.

"We anticipate this will continue to be a part of the work to raise money for the ongoing operations of the program," said Page-Steiner. She said the downtown Cincinnati church will also use some of its endowment to support the project.

Meanwhile, they are now accepting applications and working with local universities like the University of Cincinnati, Cincinnati State, Xavier University and others to find qualified applicants.

"The parents are calling in and they're excited," Moody said. Even though the leasing agents are still assessing applications, Moody is helping some applicants with their needs, like enrolling in college, while they wait. Some parents have told her getting an apartment in the Cincinnati Scholar House would be a dream come true.

"It gives me chill bumps," Moody said. "I was speaking with this parent and she was literally getting ready to cry."

An organization called Preservation of Affordable Housing is evaluating applications and determining if applicants qualify for rent assistance.

Worrall has applied and is waiting to hear back whether or not she's been accepted. She thinks the concept is a good one that would not only provide an on-site pre-school for her son and at least two bedrooms for them, it would also provide an environment that's conducive to learning.

"I would be living amongst other students who would have the same goals as me, have the same struggles as a single parent. I definitely took that into consideration and thought that would be a great place for me to strive in."