The Heights Movement: How five young professionals are working to bring growth to Lincoln Heights

'We're in it for the long haul' 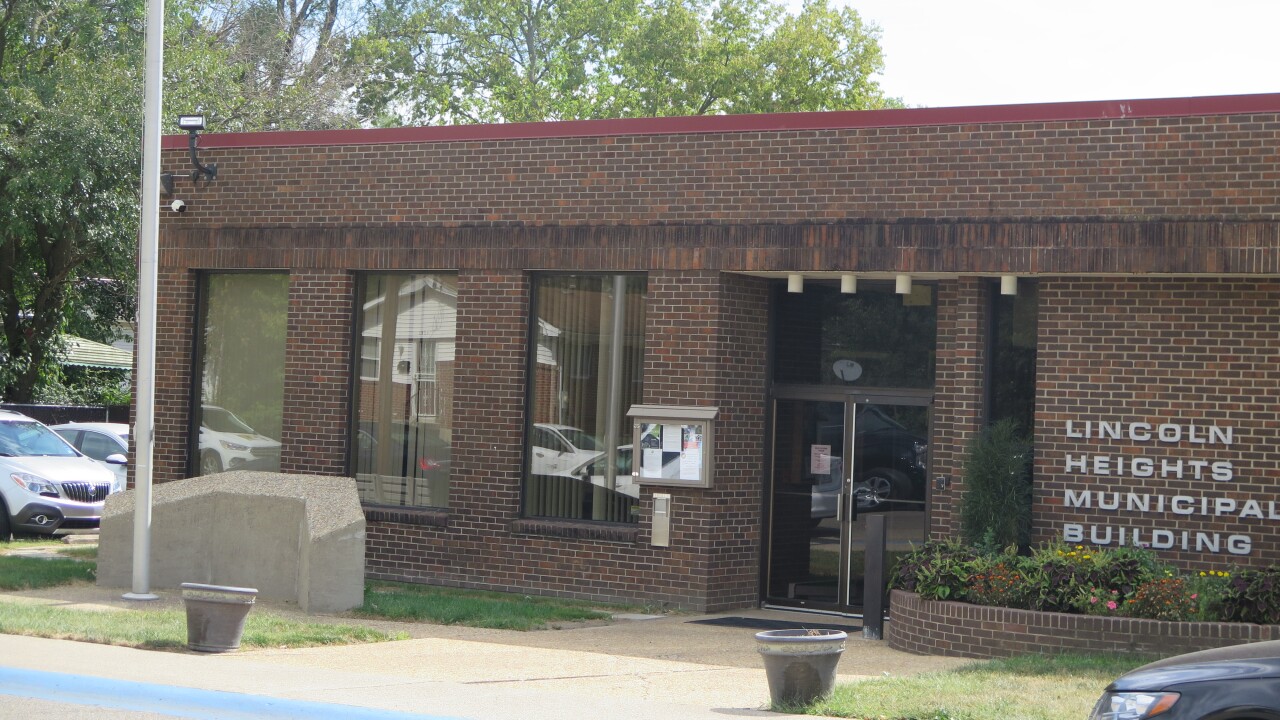 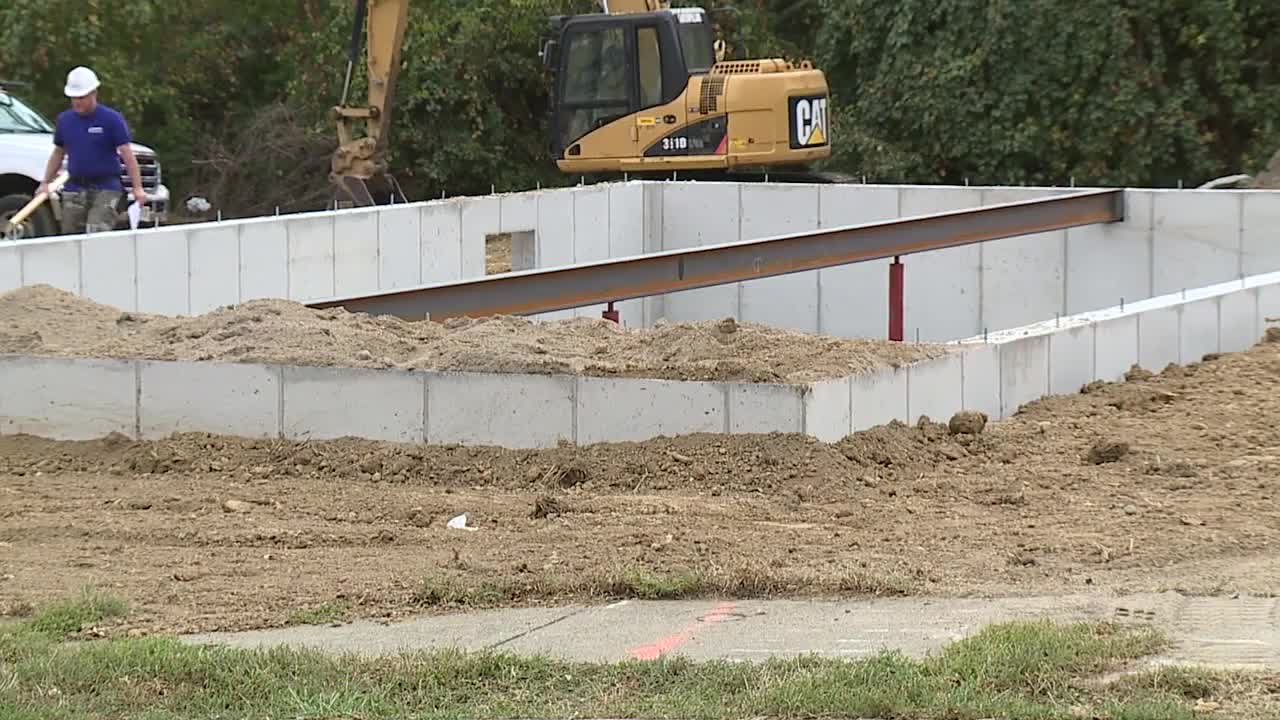 LINCOLN HEIGHTS, Ohio — When Eric Ruffin and his wife started ABEL Building Systems 20 years ago, there was never a question in their minds that it would be located in Lincoln Heights.

“I grew up in the area,” said Ruffin, the company’s general manager. “I knew I always wanted to keep my money here as long as I could.”

Plus, it was not lost on Ruffin that one of the world’s largest companies has a location just across Interstate 75 from the community.

“If you were to ask GE, why do you like your location? They would say we’re in the middle of the 275 loop. We’re right on 75 where it’s a quick trip up to Dayton,” he said. “Real estate is supposed to be about location, location, location. And Lincoln Heights is a prime location for a trucking company or a service company.”

But not everyone sees things that way.

Lincoln Heights has half as many residents as it did during its heyday in the 1960s. Back then the community boasted a population of roughly 7,000 along with thriving businesses.

Now the village has 3,336 residents, according to the most recent estimates available from the U.S. Census Bureau. Nearly 42 percent of them live in poverty, according to those estimates, and more than one in five people who make up the community’s labor force are unemployed.

Lincoln Heights has become known for crime and disinvestment instead of for its proud history.

It was the first predominantly black self-governing community north of the Mason-Dixon line, a place that The Isley Brothers musical group, poet Nikki Giovanni and Houston Texans running back Carlos Hyde once called home.

Now five young men with strong connections to Lincoln Heights want to help the village work its way back to glory with an initiative they call The Heights Movement. The goal is to make improvements for the people who already live and work in Lincoln Heights while at the same time attracting new residents, especially people who feel displaced by new development in Over-the-Rhine, Walnut Hills and other urban Cincinnati neighborhoods.

“We feel like it’s our time to take control of the growth of Lincoln Heights and try to stop a lot of the bleeding we’ve seen,” said Keith Mitchell, a member of the group. “The goal is to really resurrect Lincoln Heights to what it has historically been. And it may take us five years, 10 years, 15 or 50, but we’re in it for the long haul.”

The young professionals who make up The Heights Movement’s core team have a multi-pronged strategy for the village. It’s focused on public health and wellness, academic success, community engagement and development, said Daronce Daniels, a co-founder of The Heights Movement and a Lincoln Heights council member.

To build a better future for the community, the men of The Heights Movement have become students of the past.

Daniels cited a study entitled “The Neighborhoods of Cincinnati: An Analysis of Spatial Evolution” that explains how land speculators subdivided the land that is now Lincoln Heights in the 1920s specifically to sell it to black residents of Cincinnati and black migrants from the South. Subdivisions were planned and developed without running water, sidewalks, paved streets or utilities in order to maximize profits.

Lincoln Heights first tried to incorporate around 1940 with a petition that included industrial land that was to become part of Woodlawn and Evendale. The Wright Aeronautical plant, which eventually became GE Aviation, filed a formal protest against being annexed into Lincoln Heights. Community leaders went to court over the issue but did not prevail.

The community petitioned successfully for incorporation in 1946 but left out much of the land that was in the earlier application.

“Man, if you look back now and really see if Lincoln Heights would have gotten just maybe a third or split those taxes in a certain way,” Daniels said.

As it stands now, Lockland and all its industry is on one side of Lincoln Heights with Evendale and GE Aviation on the other.

“It makes you wonder, if Lincoln Heights would have gotten its original land base that was asked for,” he said, what could have been?

The community was strong for a while, despite all that.

Carl Westmoreland remembers growing up there in the 1940s and 1950s, when just about every man in the village worked, many of them multiple jobs, and the kids worked hard, too.

"We gave up on what made us strong and proud," he said.

Business and industry began moving out of Lincoln Heights over the years, Daniels said.

Factories closed where people had been able to make a good living without much education, Westmoreland said.

The crack epidemic hit the community hard, Daniels added, with far too many black men either going to prison or dying.

“That really put a dent and a scar in our community. We had to deal with that,” Daniels said.

But understanding that history isn’t the same as dwelling on it.

‘Get that pride back’

“Whoever’s fault that was is not important,” Daniels said. “It’s our responsibility to do something about it.”

The mission statement of The Heights Movement reflects the importance of history and of moving forward:

“A generational movement of young professionals who have ties to Lincoln Heights and who are investors in the long-term sustainability of this historical African American community.”

Former Cincinnati City Council President Pro Tem Yvette Simpson, who grew up in Lincoln Heights, said she supports that mission and appreciates the fact that five young men are behind the effort.

"I love that it's led by young men because I think part of the challenge of Lincoln Heights is the history of tragic stories of young men who have not made the right decisions and have not had the right role models and support," Simpson said. "I think they are the right examples for the community going forward."

"Thank God," he said. "And we have to help them. The women will be there. But the war in the streets -- nobody can handle it but us."

Corde Thielmeyer is president of The Heights Movement. He lives in Lincoln Heights and is a security monitor and coach at Princeton Community Middle School.

“Back in the day, the community used to be a real family-oriented community,” Thielmeyer said.

Lincoln Heights had a strong athletic program that languished after the community recreation center closed down years ago, he said.

The Heights Movement has worked to help Lincoln Heights residents reconnect through cookouts, athletic events and a community garden project.

“I just want people to get that pride back in Lincoln Heights,” Thielmeyer said.

There is plenty to be proud of, said Brandon Woodard, a member of The Heights Movement.

“I look at Lincoln Heights, and I think of all the opportunities,” said Woodard, the assistant director for his family’s business, Tara’s Tiny Tots Childcare, and a pastor of Reconcile Community Church. “There could be a library, a coffee shop, stores. It just takes somebody to come in here with that creative imagination.”

Habitat for Humanity plans to build a total of 20 homes in the community over time, she said, and the organization will hold a Rock the Block event there on Oct. 12 where an estimated 400 volunteers will do exterior repairs on 29 homes and work on two community projects.

While the village itself only encompasses about three quarters of a mile of land, there’s plenty of room for more progress, said Carlton Collins, a member of The Heights Movement.

“At one point, there was a grocery store. There was a pharmacy. There were two skating rinks. There was a movie theater,” said Collins, the interim director for Lincoln Heights Outreach Inc., a nonprofit helps local families become self-sufficient. “There were so many businesses here in Lincoln Heights. The perception of violence took over as an overall narrative of how Lincoln Heights operates.”

The Heights Movement is out to change that perception, and it doesn’t take spending much time in Lincoln Heights to understand how much potential the village has, Woodard said.

It’s the people of Lincoln Heights that make it great, Woodard said, and the more those people are nurtured and connected to resources, the stronger the community will be.

“The goal is to make sure that we can tap into that to make sure we can create that pipeline so that more can be brought out and more of the gifts and talents from our community can be put into the spotlight,” he said.

Ruffin said he didn’t know much about The Heights Movement.

But as a Lincoln Heights business owner and former village council member himself, Ruffin said he is rooting for the group to succeed.

“Something has to happen,” he said. “I don’t know how we get there. Giving up is definitely not the answer.”

More information about The Heights Movement is available on the group’s Facebook page.

Information about Habitat for Humanity’s Oct. 12 Rock the Block event in Lincoln Heights – including how to sign up to volunteer - is available online, too.