Road construction moves along in the Tri-State despite COVID-19

“This year’s construction season is funded" 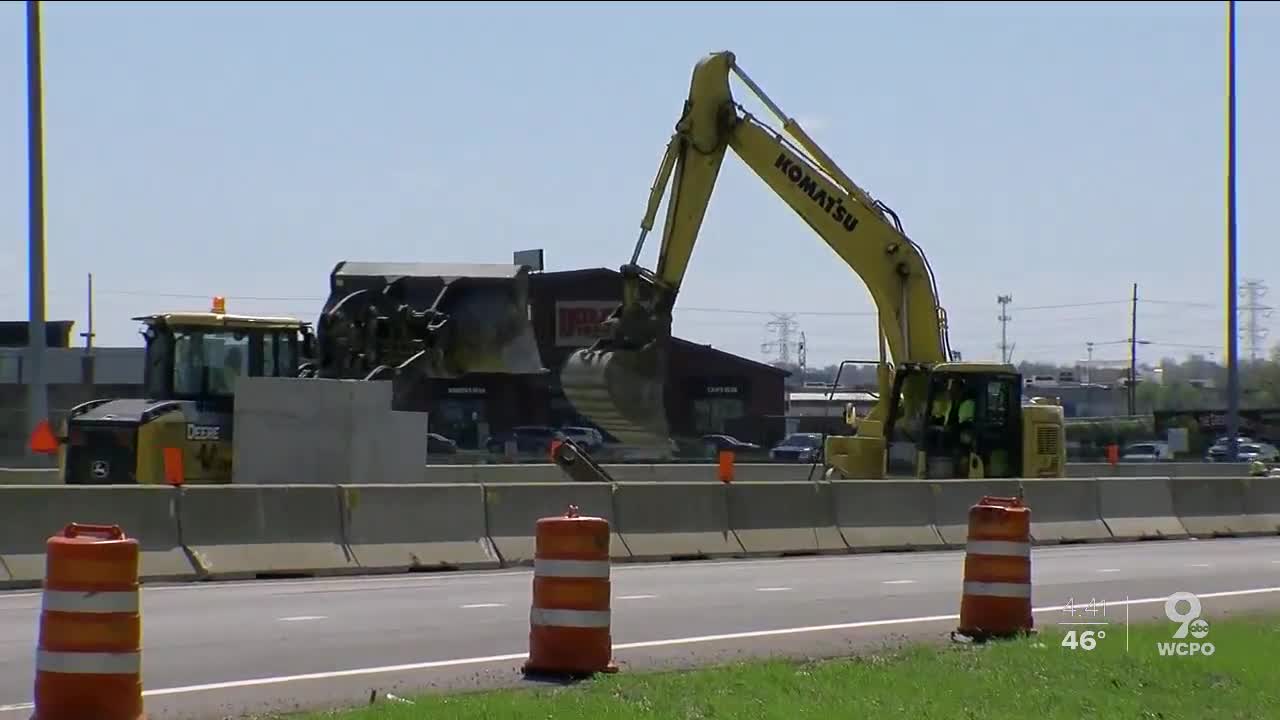 You will also see additional construction projects across the Tri-State despite COVID-19. That's because money has already been allocated in state and local budgets to pay for the projects.

The major transformation of the Interstate-75 interchange at Union Centre Boulevard into the region's first diverging diamond interchange remains on track, despite COVID-19. In fact, the lower traffic numbers caused by people following state stay-at-home orders is giving road crews the ability to work at a quicker pace, in some cases.

“The governor has declared us an essential service," said Greg Wilkens, Butler County Engineer. "So that kept our construction end still going."

Wilkens said Butler County has a number of large road construction projects that are moving forward this spring. In fact, people will see additional projects along I-75, I-71, I-275 and across the Tri-State. That's because money has already been allocated in state and local budgets to pay for the projects, giving current road projects immunity from budget tightening some local jurisdictions have started to implement.

“We’ve got Union Centre still on. It’s working right now, which is one of our major projects. It’s a $20 million project," Wilkens said.

A number of interstate construction projects are also moving ahead, according to the Ohio Department of Transportation.

Fuller said the plan is to follow the current construction schedule, which includes portions of the "Thru the Valley" project that adds a fourth lane of traffic to I-75 from Shepherd Lane to Glendale-Milford Road. The $90 million project is expected to be completed in the fall.

"We’re going to go ahead and move forward with projects," Fuller said. "Certainly there could be some priorities that have to be taken because of COVID-19, because of what it might do to the workforce itself.”

Currently work crews are working to complete bridge work at Shepherd Lane. However, just because the construction work is continuing doesn't mean that it's business as usual on the job site. COVID-19 has forced construction crews to make changes.

“The workers are still working. They’re trying to keep their space requirements, which has slowed down the process somewhat,” Wilkens said. He said crews have to drive to the construction sites in separate vehicles.

Fuller said the same is true for state road crews.

“People should work at least six feet apart," she said. "There are times with certain projects and certain work that’s being done in the field that makes it really difficult, or it requires for there to be two people that are working side by side or close together.”

Fuller said in those cases, workers should wear masks to guard against possible transmission. Wilkens said his crews are also maintaining a six-foot distance on the site.

Meanwhile, even though the money is currently in place for road construction projects scheduled this year, future projects that rely on 2020 gas tax revenues could be in jeopardy.

“We anticipate gas sales being down approximately 30 percent. So that has an impact on us,” Wilkens said.

“With COVID-19, it could change the end plan, the game plan overall. We just don’t know. We’re taking things kind of day by day like everybody else,” Fuller said.

Wilkens said he is watching developments related to how Ohio is treating the stay-at-home order. For example, if the school closure is expanded through the summer, that could be an opportunity for installation of a new roundabout scheduled to be built at West Chester-Lesourdsville Road and Beckett Ridge Boulevard. There's a school bordering the intersection.

“We’re talking about the possibility of moving that up,” he said.