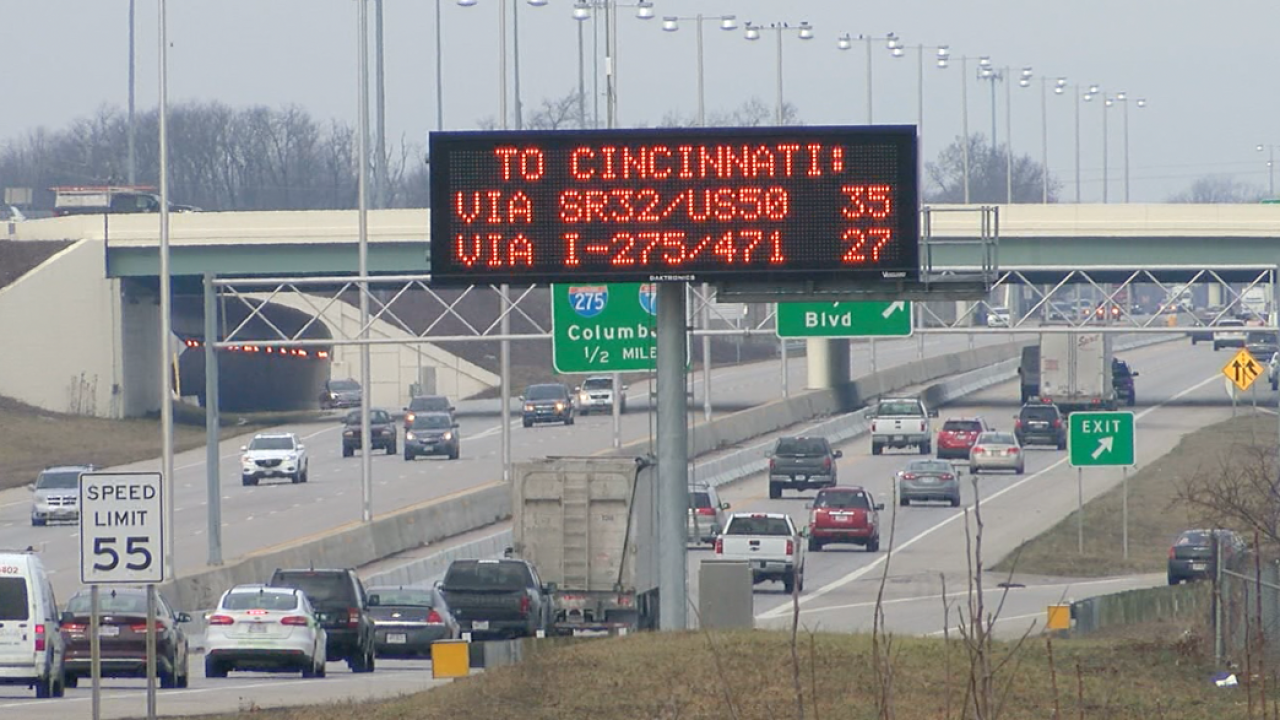 UNION TOWNSHIP, Ohio — If you're looking to get to Cincinnati from Eastgate and you aren't a fan of Interstate 275, you now have some more information to help you decide where to go. At least, temporarily.

The Ohio Department of Transportation has temporarily added new drive time information to digital message boards in Eastgate. It is conducting a study with the University of Cincinnati to see whether this change will make interstates safer and less congested.

The message boards located on State Route 32 Westbound before the I-275 interchange and I-275 Eastbound before the S.R. 32 exit now tell drivers how long it will take to drive into Cincinnati using S.R. 32/US 50.

“They want to know if there’s a crash ahead on their interstate or if there’s going to be a delay on their normal route to work," she said. "Well, these signs will help them know without looking at their phone. So we’re kind of wanting to see if this will help reduce some of the distracted driving.”

ODOT first displayed the new travel time info at the start of February. Since then, Fuller said they’ve already seen an impact on traffic in the area.

The drive time for S.R. 32/US 50 will continue to be displayed on the two message boards until the end of March. ODOT will then work with UC researchers to analyze resulting crash trends, and determine whether to permanently add the drive time at a later date.