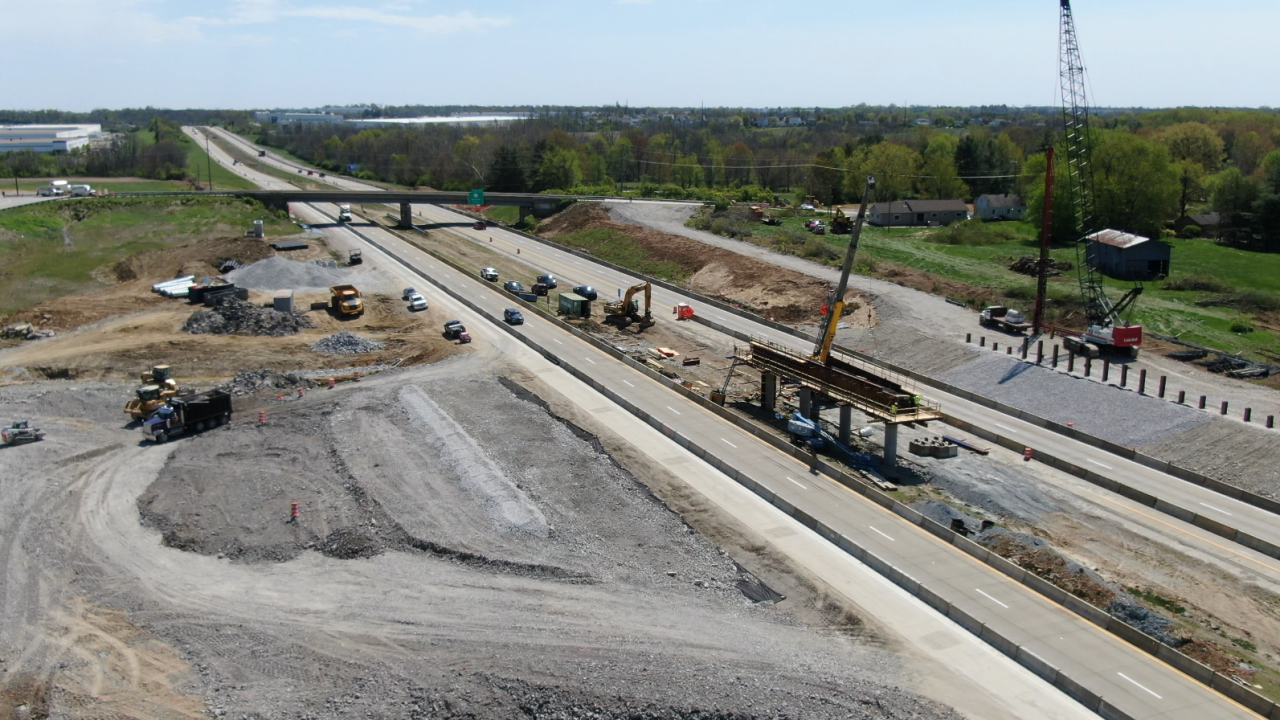 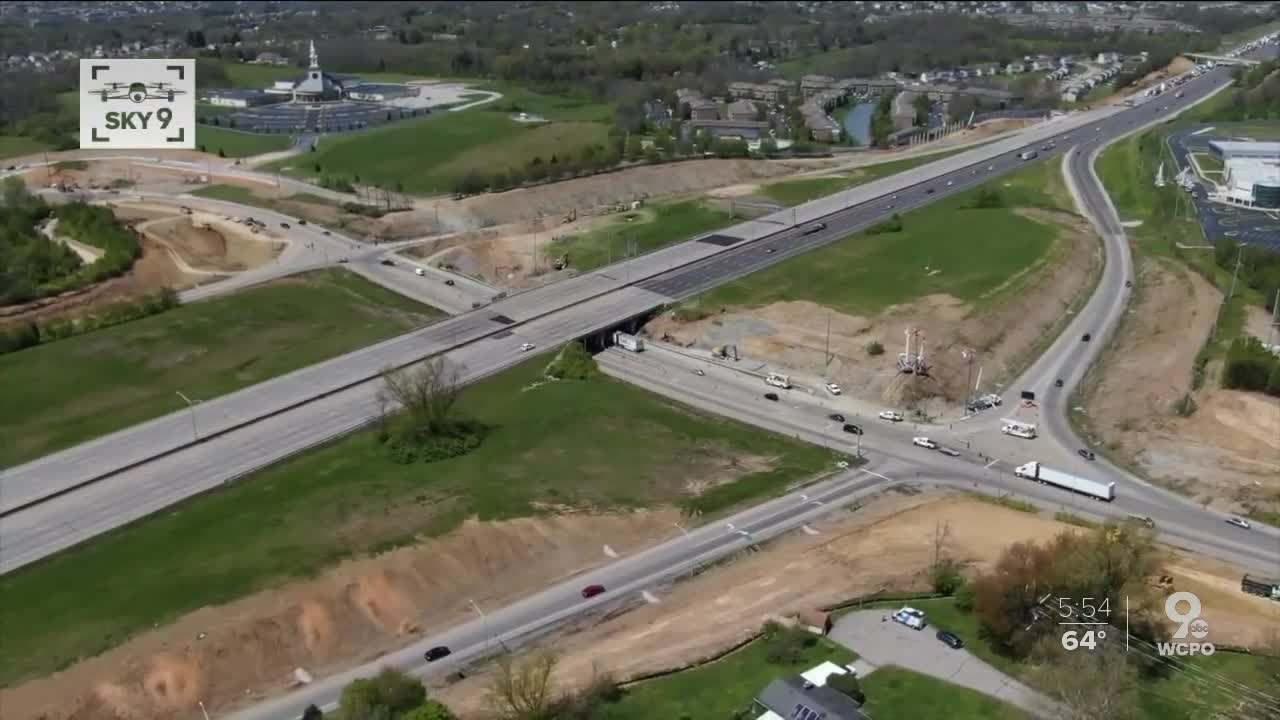 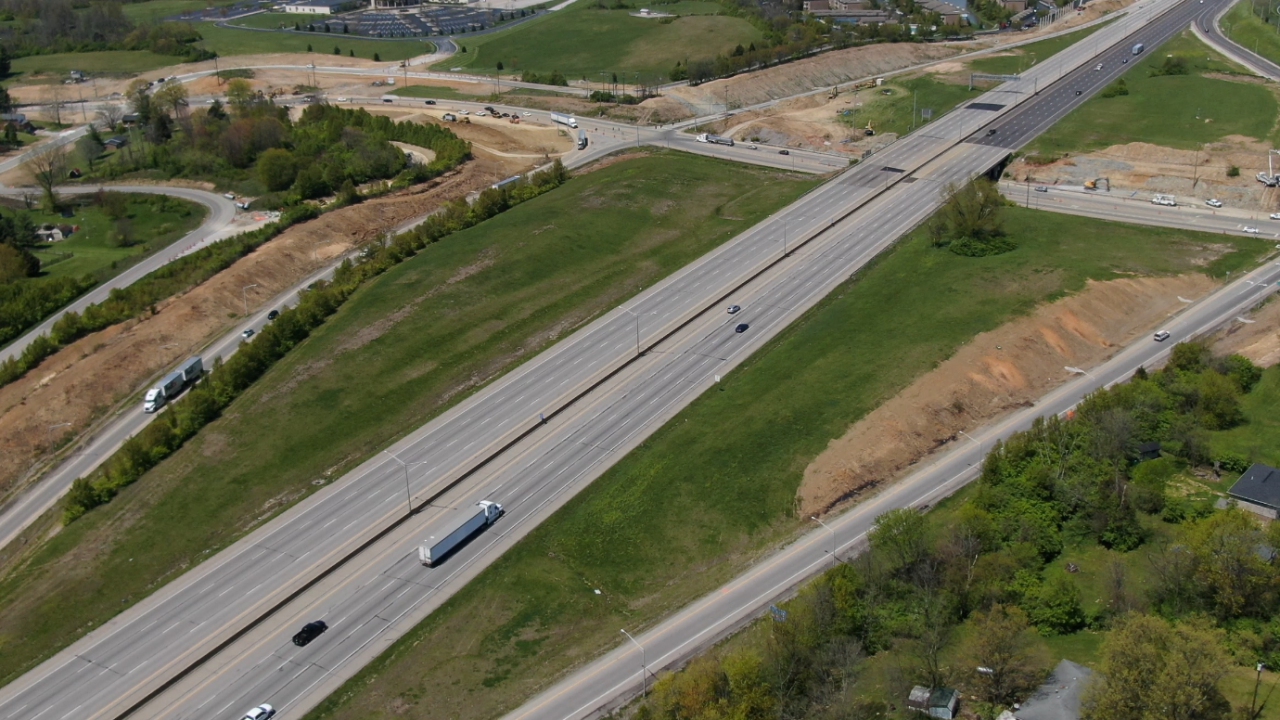 While you may be spending a lot less time on the roads lately, construction crews are there almost constantly.

“Our crews have been getting a lot of good work done, actually," said Nancy Wood, spokesperson for the Kentucky Transportation Cabinet, District 6. "They’re not having to deal with a lot of traffic."

Wood said this is an extremely busy road construction season, despite coronavirus. Seven major projects going on now total nearly $250 million. Those projects include a brand new interchange at I-275 and Graves Road, and three new double crossover diamond interchanges or, DCDs. Two were previously planned, but Wood said KYTC decided to add a third one at the I-275 and Graves Road project.

“It was just a win-win to put that on with that project out there since Hebron’s been growing and a lot of commercial businesses out there,” Wood said.

The other two DCDs are located along I-71/75 at the Mt. Zion Road and Richwood Road interchanges. Both are expected to open in 2022.

“Most accidents happen when people are turning left in front of oncoming traffic. This DCD moves you over to the left side for a brief period, where you can make safe left turns,” Wood said. "It moves traffic so much more efficiently.”

Mt. Zion Road is also undergoing its own construction project that includes widening and realigning the corridor. A new interchange opened at Route 42. The entire project is expected to be finished this summer, Wood said.

Meanwhile, construction began on the new I-275 and Graves Road interchange earlier this year. That means the Graves Road overpass of I-275 is now permanently closed. The new interchange is expected to take two and a half years to complete.

It all means a lot of construction zones with reduced speeds around Northern Kentucky. Wood advises drivers to be careful and slow down when they see orange barrels on the road.

“Last year in Kentucky we had 1,200 accidents in work zones with eight fatalities, and most of those fatalities are motorists driving through there,” she said.