'It's disappointing because the process needs to move forward' 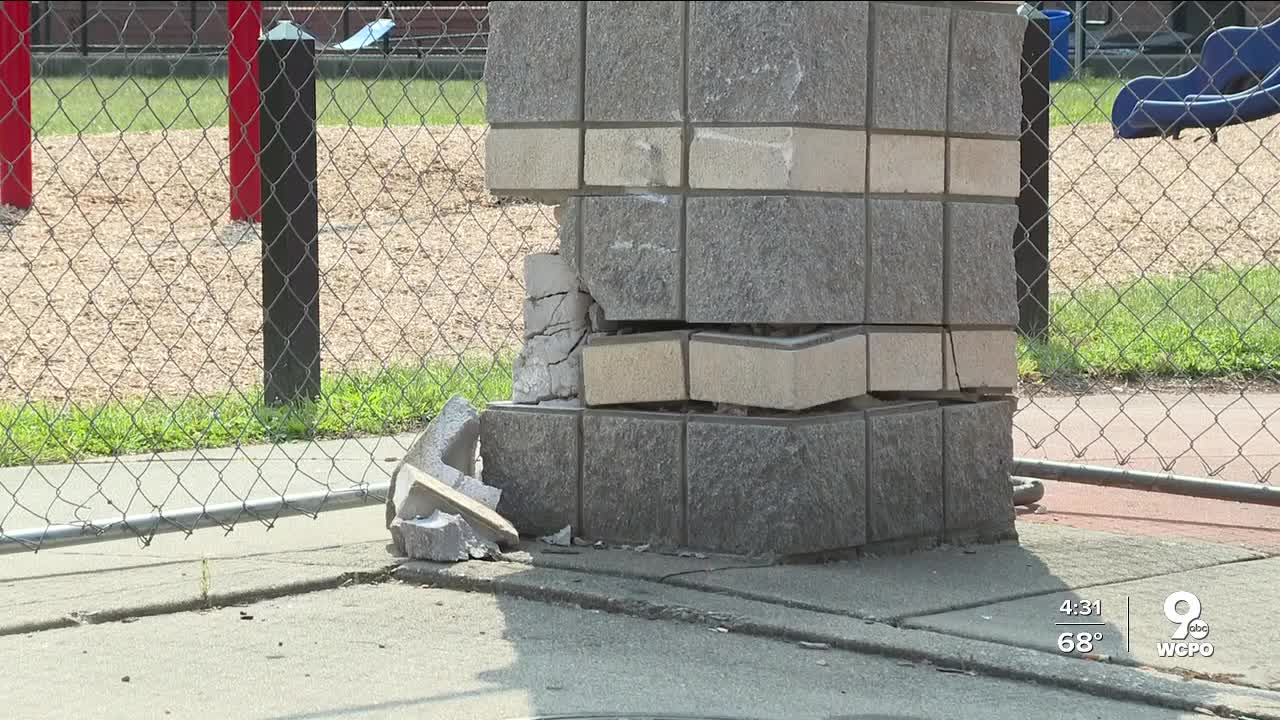 Efforts to bring greater investment to Findlay Playground took an unexpected blow this week, as a motion to use Downtown/Over-the-Rhine TIF Funds to revitalize the property was sent back to a committee after a City Council vote on Wednesday. 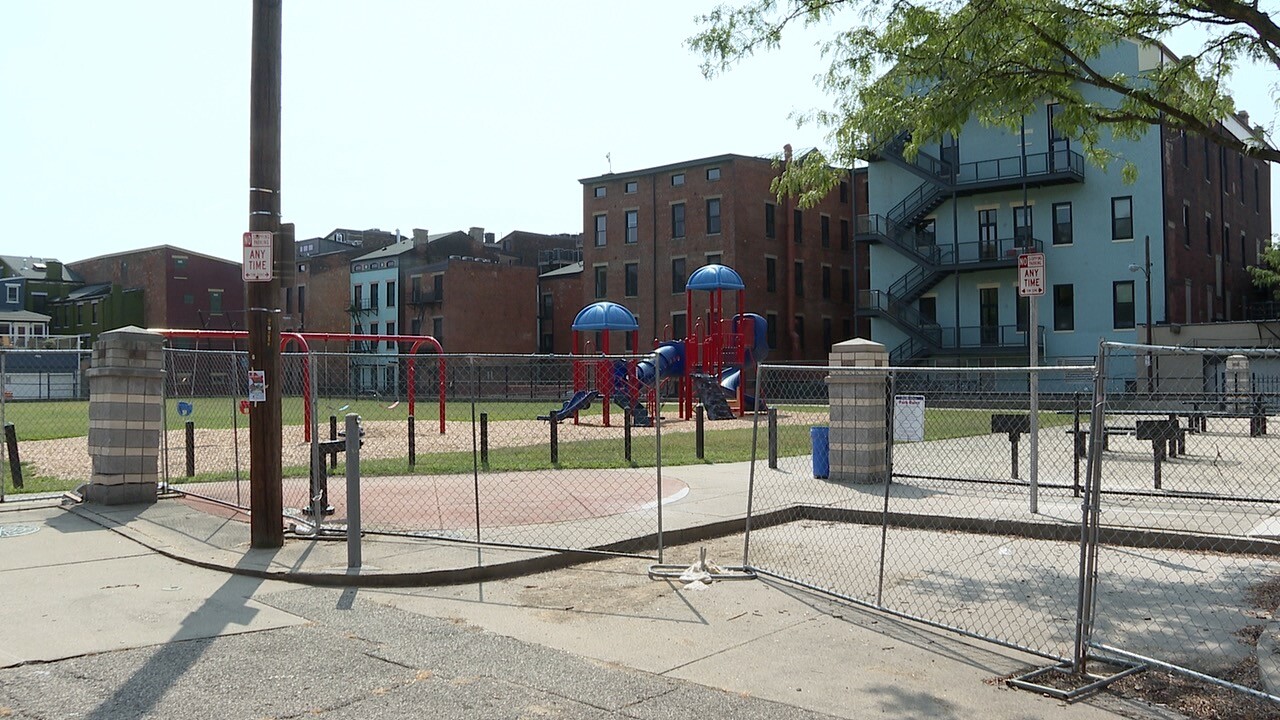 CINCINNATI — Efforts to bring greater investment to Findlay Playground took an unexpected blow this week, as a motion to use Downtown/Over-the-Rhine TIF Funds to revitalize the property was sent back to a committee after a City Council vote Wednesday.

Council members who voted against the motion cited concerns over the chain of command in the project, as there was confusion over who was taking the lead in renovating the park. There were also questions over how to best delegate responsibilities and weigh input from community partners.

However, responses from those involved with conceptualizing and drafting the motion debunk detractors' concerns. Feedback from supporters and other relevant figures who have consulted in the project suggest council members who voted against the motion are misunderstanding how the project is being organized and voted the motion down unnecessarily.

"I just don't know why when we put together a collaboratively generated plan, why people would want to kind of manufacture confusion that's not there and pump the brakes," said Councilmember P.G. Sittenfeld, who put the motion forward.

In addition to calling for TIF Funds to be used towards Findlay Playground, it calls for revitalization of the nearby Over-the-Rhine Recreation Center and Grant Park.

It also calls for a steering committee made up of community stakeholders including local residents and representatives from businesses and non-profits in the area who would offer recommendations to the CRC and the developer. They would ultimately choose what improvements should be made to Findlay Park based on requests voiced by those in the neighborhood.

During Wednesday's meeting, Mayor John Cranley said that because renovating Findlay Playground was a Cincinnati Center City Development Corp. (3CDC) project, he felt it would be inappropriate for the Cincinnati Recreation Commission (CRC) and a steering committee to be giving directions to 3CDC, an independent development corporation, in the effort.

The mayor was also concerned that the CRC and the proposed steering committee might decide to shift gears and opt not to use 3CDC as the developer for the project.

"I have no idea if this committee would want to work with 3CDC or not," Mayor Cranley said. "I think we're dancing around the fact that 3CDC has done all the work to get us here...I don't think we should mislead these people that might sign up for this committee."

The mayor voiced support for the project to renovate the park and wants 3CDC to know that the city also supports their efforts towards the park, at one point referencing his efforts last year to get state funds allocated to the park.

However, Joe Rudemiller, 3CDC's vice president of marketing and communications, said renovating Findlay Playground is not a 3CDC project, and that the corporation did not come up with the idea to do so.

"The only engagement that we've had at this point is [the CRC] essentially asking us for advice based on the process that we've used for the two previous parks that we've renovated," Rudemiller said, referring to Washington Park and Ziegler Park.

Last month, 3CDC was invited to give a presentation to the CRC board providing information on the corporation's past successes in improving properties throughout Over-the-Rhine. The only suggestion Rudemiller said 3CDC offered to the CRC so far is for the department to consider including Grant Park and the Over-the-Rhine Recreation Center in one broader project.

Rudemiller and Sittenfeld both said that because the CRC owns and controls Findlay Playground, it has the right to decide which developer would ultimately revitalize the park.

CRC Director Daniel Betts refrained from responding directly to the mayor's comments because he was not at the council meeting. However, he said that the CRC has been in close talks with Councilmember Sittenfeld's office about the motion and that the recreation department is on board with the ideas that have been put forward.

"We support it," Betts said. "Obviously, this is a good thing that, you know, could bring about some additional resources to help us and help the community improve these assets in our community. So, from that vantage point, I'm elated."

Betts does expect there will possibly be adjustments made in the future to make sure plans meet the practical needs and interests of the CRC and OTR community, but senses Sittenfeld will be flexible is reenginering the idea as necessary.

Betts also said that while he believes it is premature to discuss specifics over which developer would renovate the park because the motion has not been passed yet, the CRC does not take issue with the work that 3CDC has done on OTR. Betts also said the corporation has an "honorable track record" of improving public spaces in the area.

Other concerns that were raised during the council meeting were specifics over how members of the park's steering committee would be selected. Councilmember Betsy Sundermann also pointed out that renovating Findlay Park was not included in the CRC's master plan that had been invested in by the city.

However, Betts said that while Findlay Playground is not specifically listed in that plan, the CRC's strategy for managing public recreational spaces in the area is evolving, and that making improvements to the park is in line with the department's goals and responsibilities.

Five councilmembers voted for the motion including Sittenfeld, as well as Chris Seelbach, Wendell Young, Jan-Michele Lemon Kearney and Greg Landsman. Councilmembers David Mann, Sundermann and Christopher Smitherman voted against it; Councilmember Jeff Pastor did not vote, as he had an excused absence. The motion has been sent back to the budget and finance committee be tweaked and brought back to the City Council. Sittenfeld hopes to be able to move forward with the motion again in no longer than a month.

Maurice Wagoner, the president of the Over-the-Rhine Community Council, is one of the various residents WCPO has spoken to who is eager to see Findlay Playground reopened and enhanced for the neighborhood. He expressed frustration that the project is continuing to get pushback and disrupted by red tape.

He criticizes those who voted against the motion and said it "is disappointing, because the process needs to move forward."

"They let 3CDC's projects move forward, and all the rest of the developers when it comes to using our TIF money, you know," he said. "But then when the community wants to use it, now you got all these concerns."