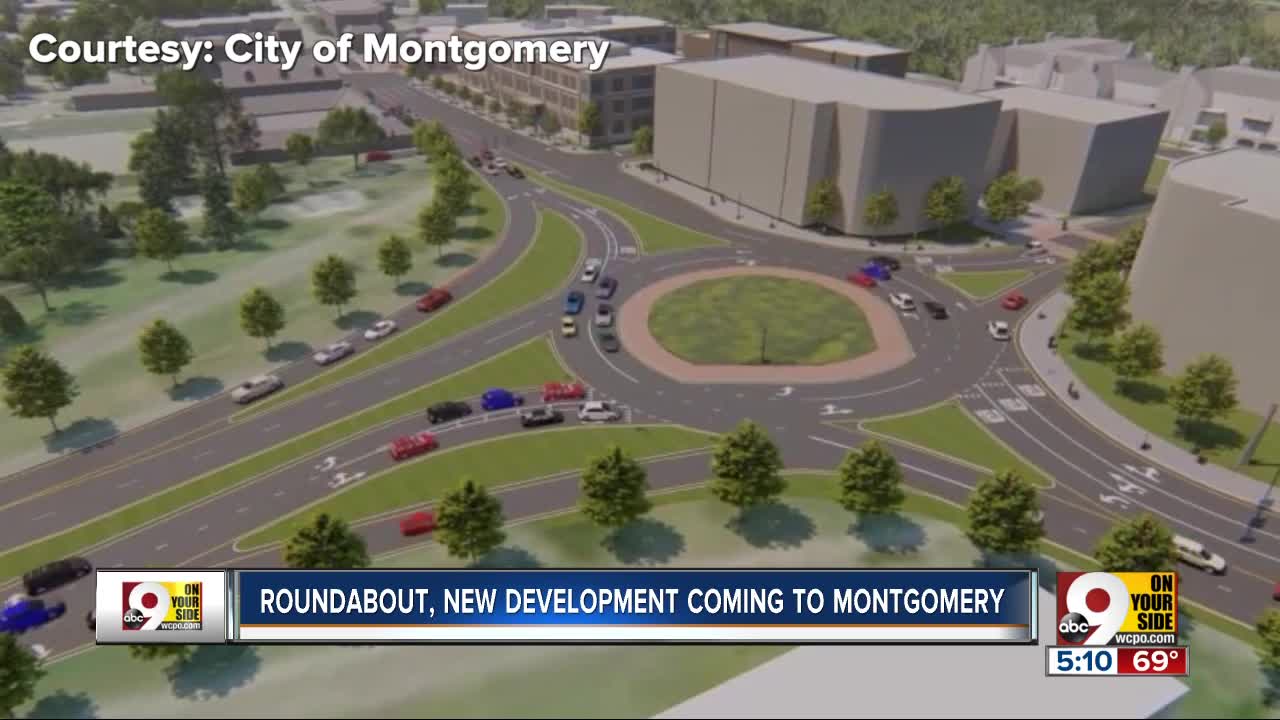 A major intersection in Montgomery will soon go through a complete transformation that city officials hope will turn it into a main gateway for the community. Construction begins in early 2020 for both a $160 million mixed-use development and an $8.2 million roundabout at Montgomery Road and Ronald Reagan Highway. Major portions of the projects will happen nearly simultaneously. 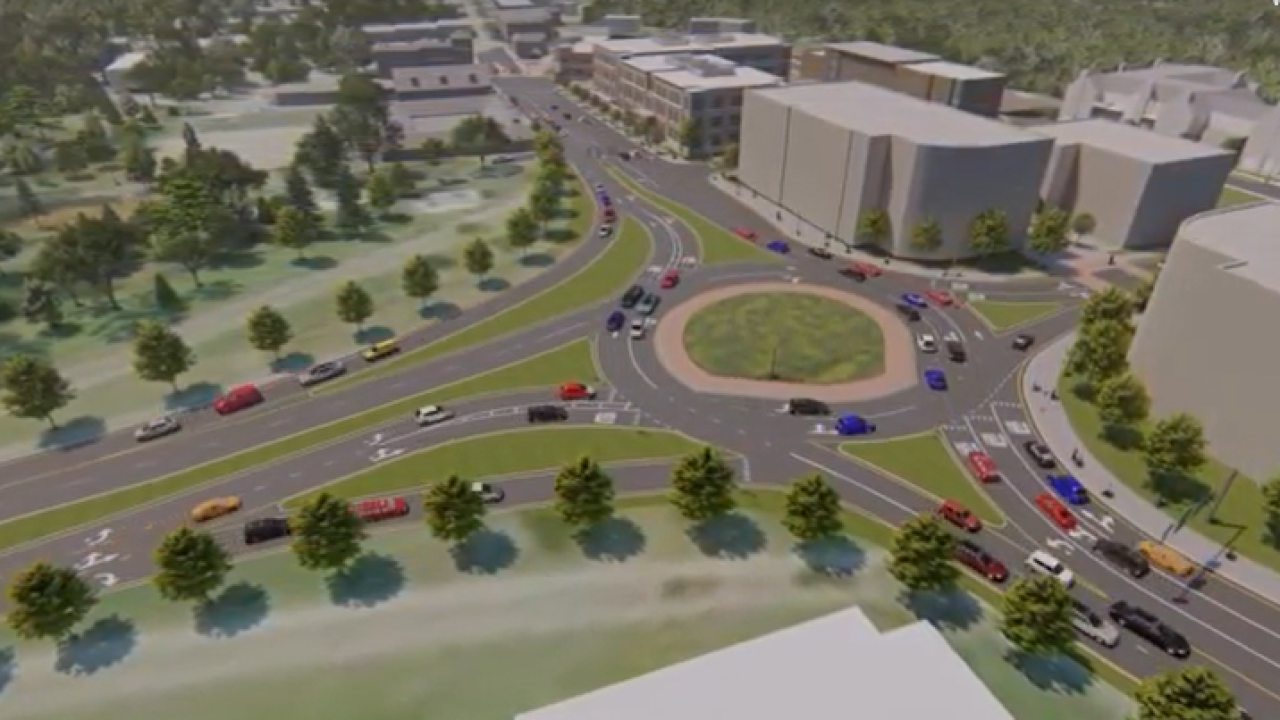 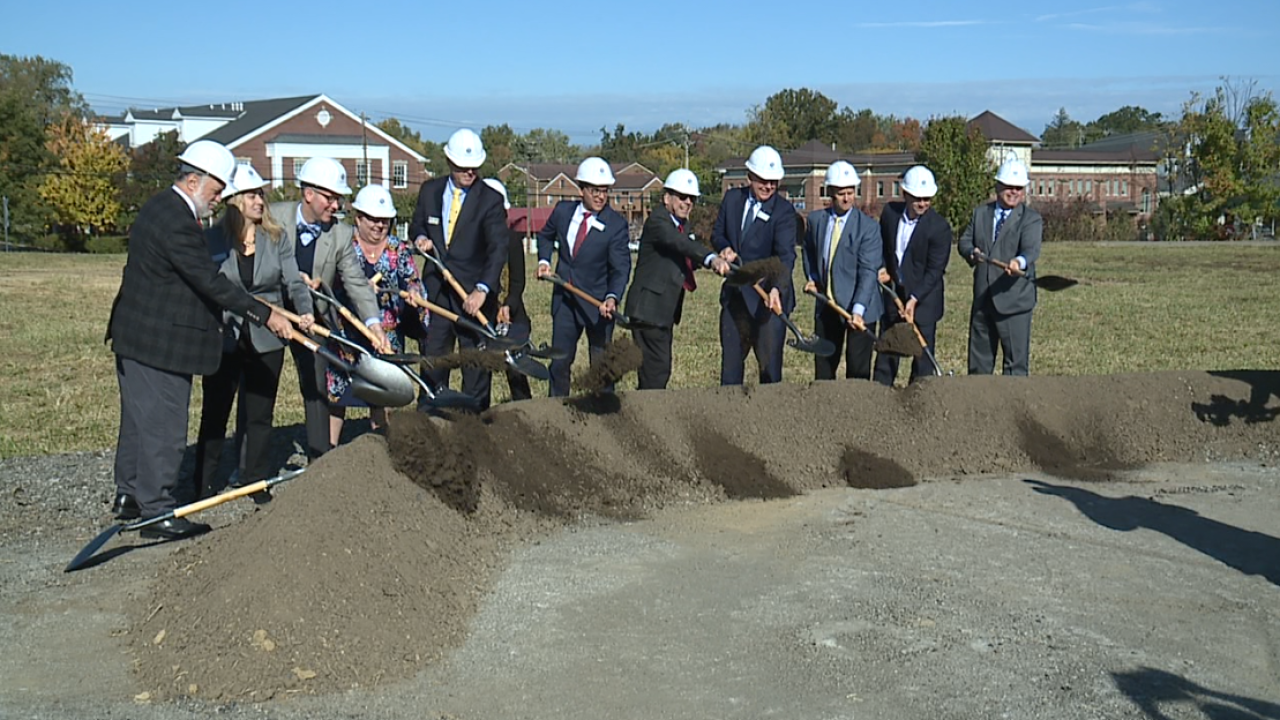 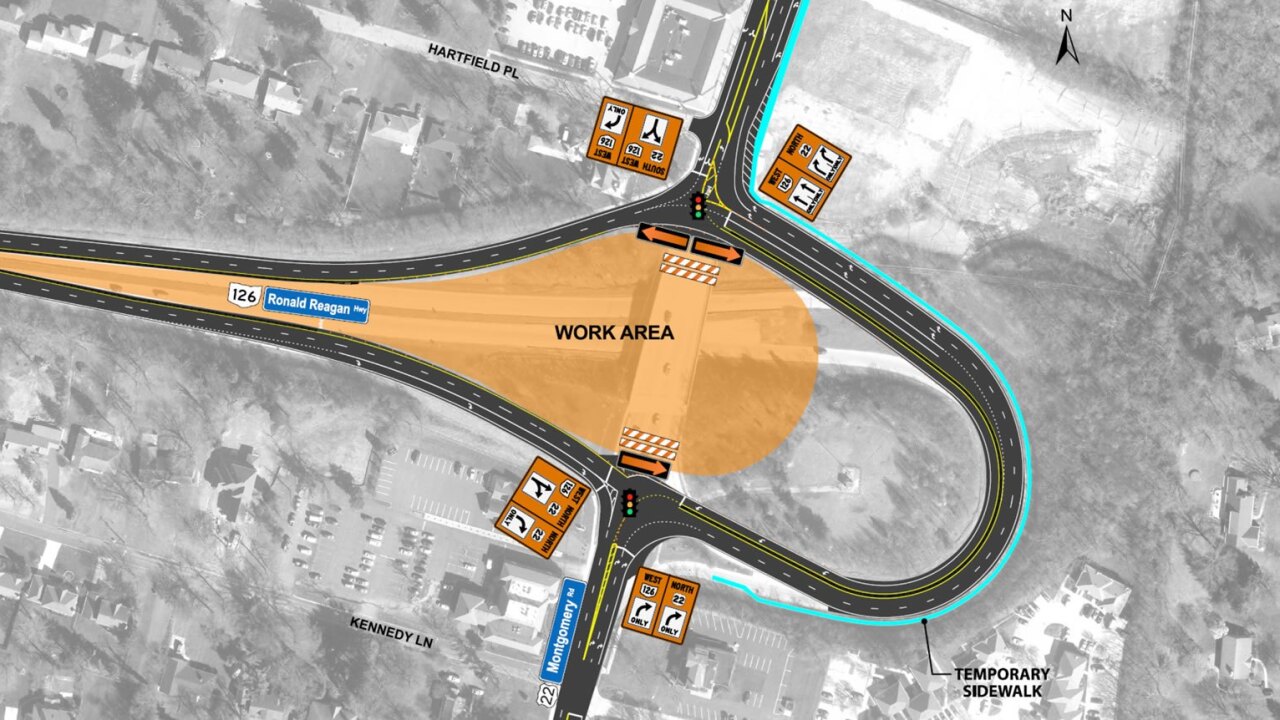 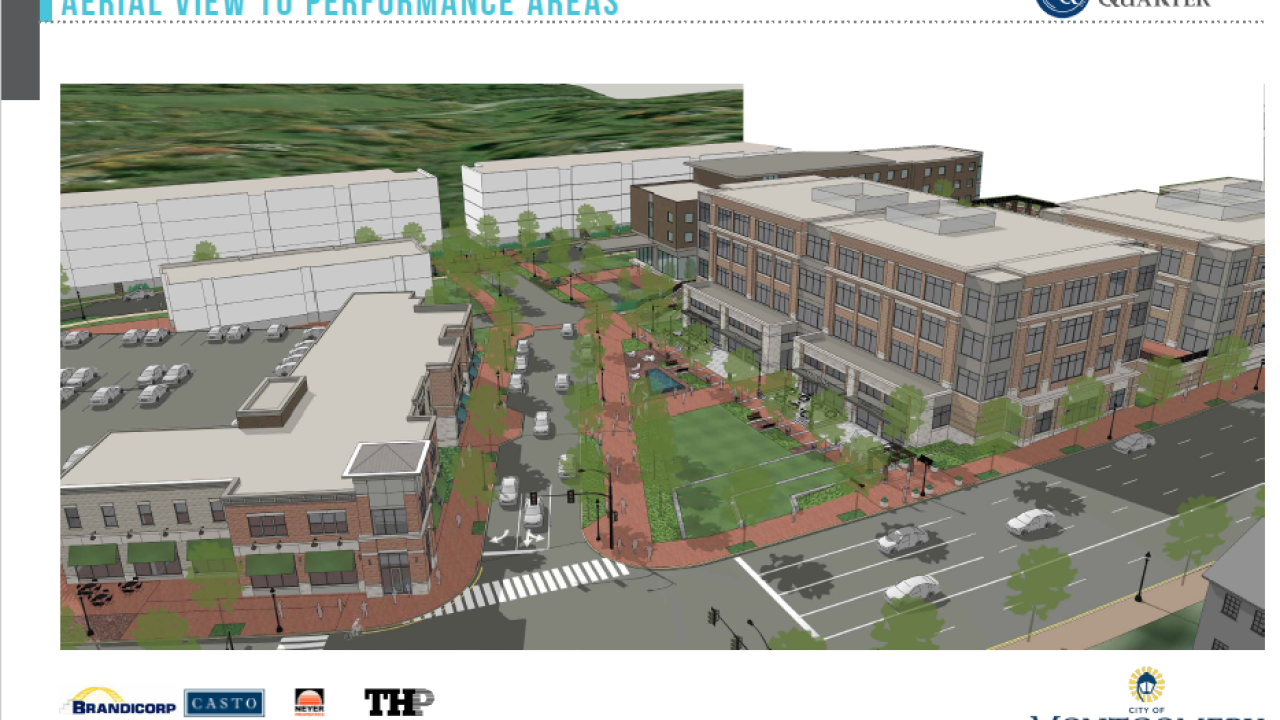 Barbara Lindsey moved to the city of Montgomery about eight months ago. She's ready to move again soon — when the new Montgomery Quarter, with its new apartments and condos, goes up.

She believes the 21-acre, $150 million project will be a place that brings "people together in a common area over food, over entertainment.

"It's all together right here," said Lindsey. "All we need are a few buildings and a couple of benches, and it's gonna be good for us."

Lindsey was among dozens of residents who attended Thursday's groundbreaking for the Quarter, a multi-phase, mixed-use development that will include restaurants, retail, office space, a boutique hotel, condos, apartments and green space. Montgomery will own the project, which will be developed by Gateway Partners Montgomery, LLC.

It has been in the planning stage for 15 years, and it is expected to bring over 1,000 new jobs to Montgomery.

But what many in Montgomery are wondering about is the planned $7.3 million two-lane roundabout where Ronald Reagan Highway ends at Montgomery Road. Construction is set to begin in early 2020.

"There's been discussion, heated discussion sometimes, about the roundabout issue, and also concern about, 'How is this going to work?'" said Lindsey.

Many of the roundabouts being built around the Tri-State are single-lane configurations, but the roundabout being built at the busy intersection of Ronald Reagan Highway and Montgomery Road has two lanes. Ohio Department of Transportation officials said they believe they have a design that works.

"We did a lot of iterations of how it would be laid out and a lot of traffic studies and analysis of the volumes," said Tammy Campbell, deputy director of ODOT District 8. She said they even looked at what would happen if there were a back up on either Montgomery or Ronald Reagan and how that would impact traffic flow in the area.

"I think as the education and you go through it more than once, you quickly learn how to navigate the roundabout," said Campbell.

Montgomery city leaders say they have already started an education campaign to help residents navigate the roundabout. The city has a dedicated website and will provide social media posts and other methods.

"The city's partnering with Miami University to create an app," said Tracy Robero, assistant city manager for the city of Montgomery. "They're even looking into making it a game so that you can learn to drive the roundabout and get points as you level up and do more and more difficult maneuvers within a roundabout."

As construction gets underway next year, traffic patterns will change. Drivers may get a sample of the roundabout environment when they eventually find they can no longer turn left from the Ronald Reagan Highway onto Montgomery Road.

Traffic will gradually begin to travel around a semi -ircle to head north on Montgomery Road. However, traffic signals will still be in place during much of the four-phase construction.

Meanwhile, the city of Montgomery is anticipating a major impact from the Montgomery Quarter mixed-use development, which will merge with the city's existing historic district along Montgomery Road. “

We’ve put in place a lot of regulations, but we also have a strong partnership with the development team in order to make sure this still has the look and feel of Montgomery,” said Robero, describing the project as the largest development the city of Montgomery has seen in decades.

Residents will begin seeing the beginning of the first phase of the Montgomery Quarter construction by the end of the year. The second phase will begin after the roundabout is completed.

The entire Montgomery Quarter is expected to be finished by 2025.