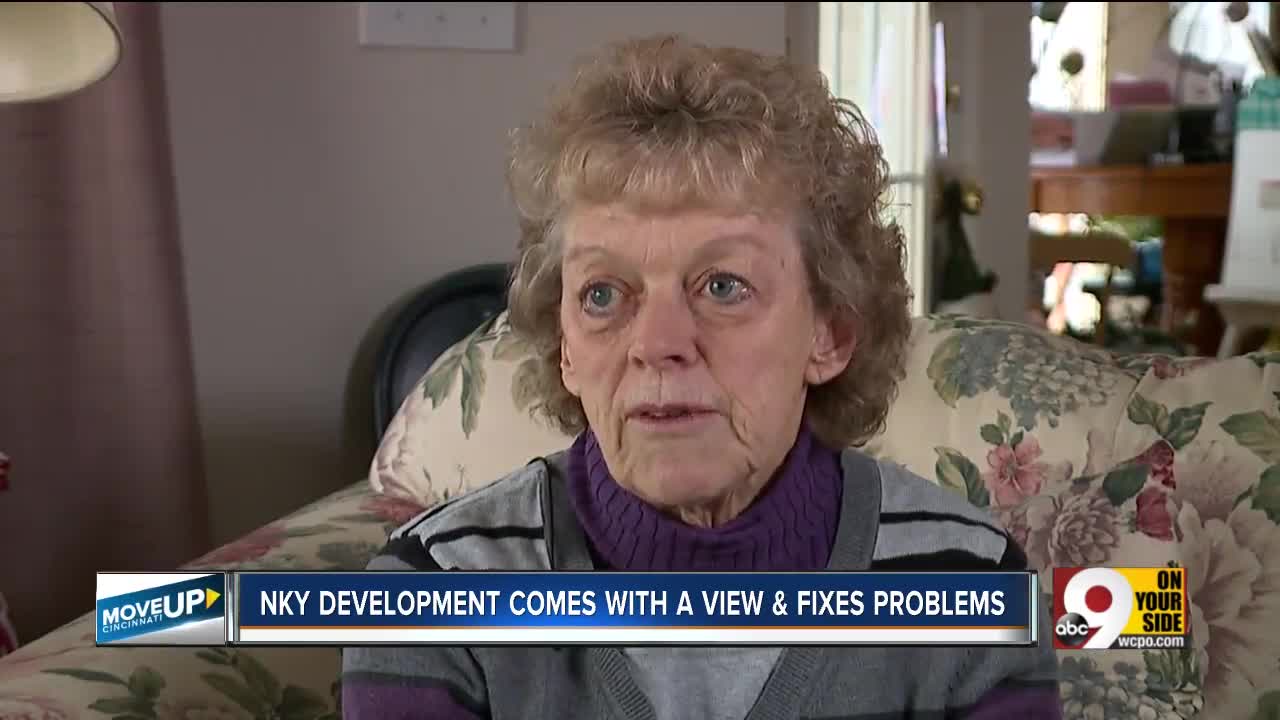 Paul Zeltwanger is with Joshua One, which is creating a residential development on a hilltop that straddles Covington and Park Hills. The development, called Park Pointe, is also adjacent to Devou Park and was once where the former Gateway Community and Technical College sat. 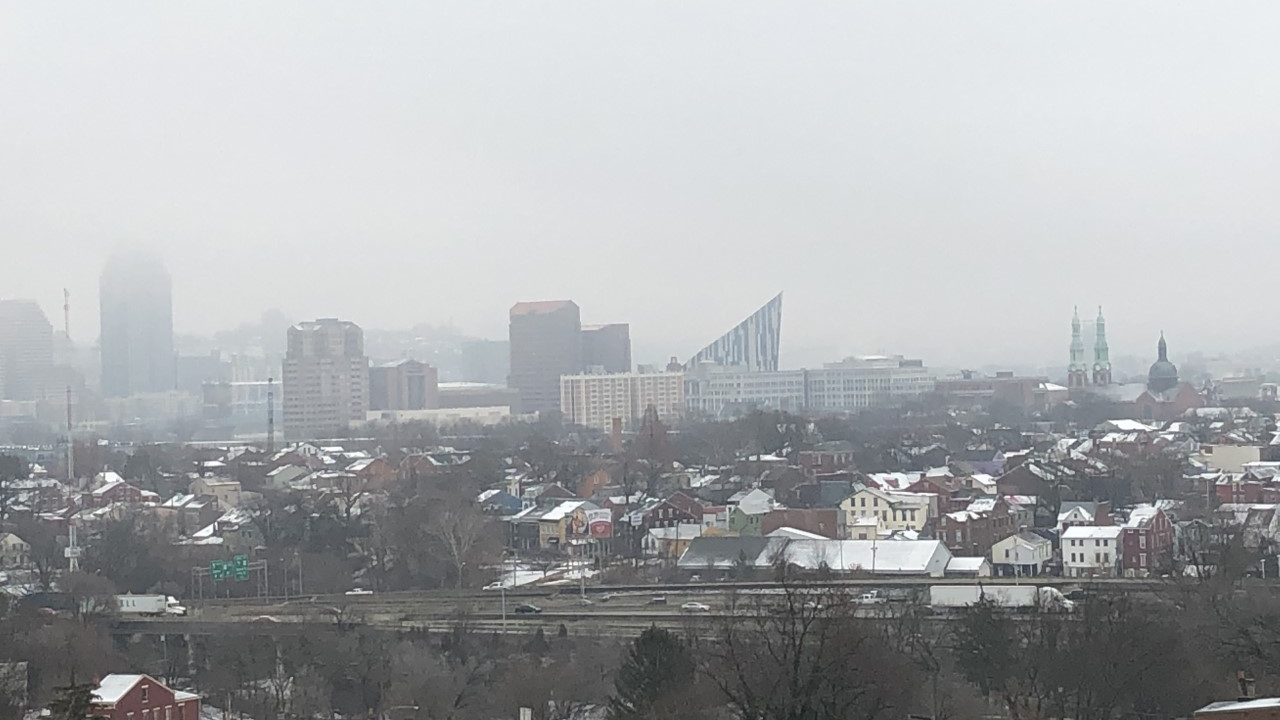 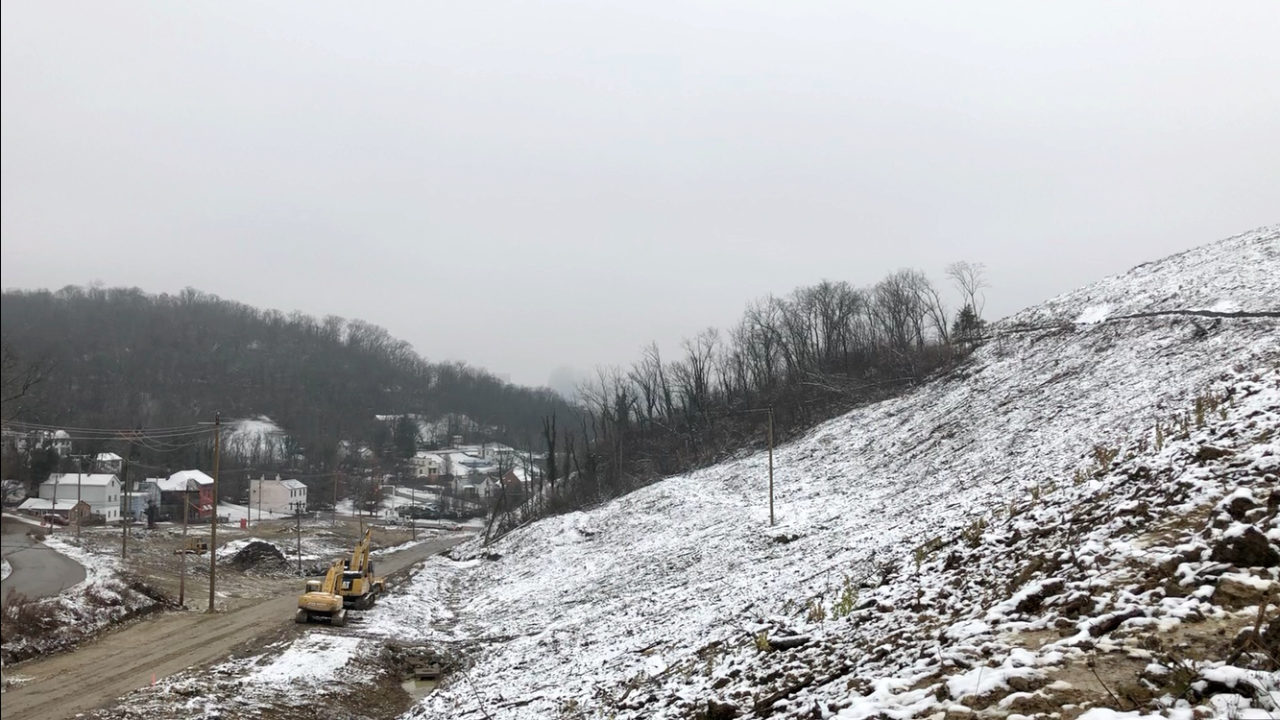 We all know the view. You're driving northbound on I-71/75 going into Cincinnati. You come around the curve, and there's the cut in the hill -- Downtown Cincinnati, framed by two beautiful hills.

But what if you could see it not just from your car, but from your house?

Paul Zeltwanger is planning to sell that view soon to over 70 Northern Kentucky homebuyers on a hilltop that straddles Covington and Park Hills.

As the last piece of undeveloped land in Park Hills, the future Park Pointe development has been a hot commodity. That is, it would have been, if anyone could figure out how to develop it.

"The whole one side of it, at the north end of the valley, was sewer," said Park Hills Mayor Kathy Zembrodt. Soon the area became a dumping ground, and it was also prone to flooding, similar to nearby Lewisburg. "So, you couldn't cover it up. You couldn't do much with it because all of the system drained there."

But Park Hills residents and leaders saw potential -- and their persistence paid off. After more than a year of meeting and planning, the cities, developer, sanitation and water agencies came up with a plan to develop the hilltop with homes, build new infrastructure to eliminate the flooding and share the costs.

"We're getting a lot of the things that was in the plan Amsterdam Valley," Zembrodt said. Amsterdam Road will be rebuilt. There will be new sewer and water lines and a detention area, which will help with the flooding.

Meanwhile, Zeltwanger said major stabilization work is being done to the hill.

"It's really two or three things. It's the steepness of the slope, and/or the overburden at the top," he said. "So what we're doing is lessening the slope, removing overburden. We're literally excavating a lot of the overburden, down to bedrock."

He said several homes will be tied into the bedrock. And, they'll have a million-dollar view.

"We really haven't released the homes for sale yet. But we have a list of over 120 interested buyers," he said. "So that gives us confidence that there is a demand out there."

That demand includes buyers who want to be closer to urban centers.

"The urban revitalization, I think, that's been in the works for 20 years and is really, really taking energy," said Zeltwanger, who hopes that energy will bring more development, like restaurants, to the area.

About 25 homes will be in Park Hills, with the majority of the homes in Covington. Foundation work on the first homes is expected to begin in the summer of 2020.

Meanwhile, Park Hills leaders are looking forward to seeing work completed on Amsterdam Road, which will include some landscaping, walkways, benches and other beautification.

"It'll be really nice to sit and look at the view at night," Zembrodt said.