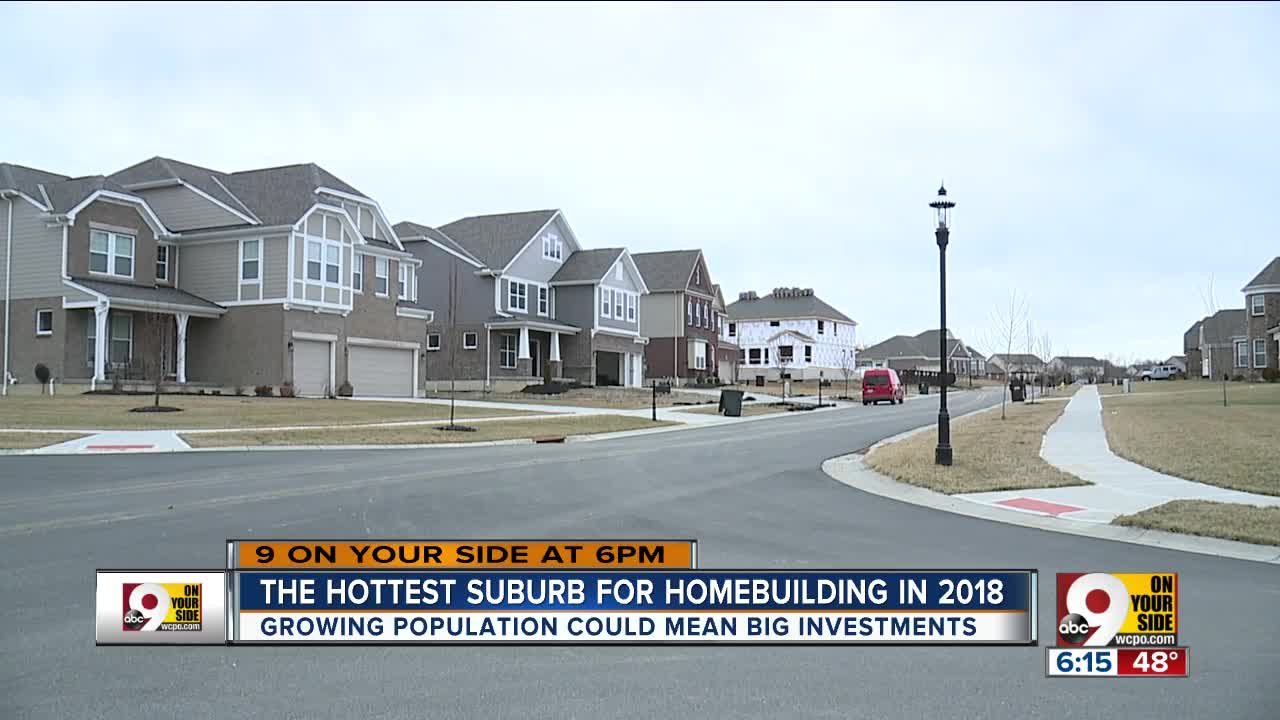 The price of freedom is eternal vigilance. The cost of liberty is approaching $300 million. That’s the combined tally for new roads, highway improvements, bike trails and bridges that are now planned to support the next 20 years of growth of Liberty Township, the Tri-State’s fastest-developing community for new home construction. 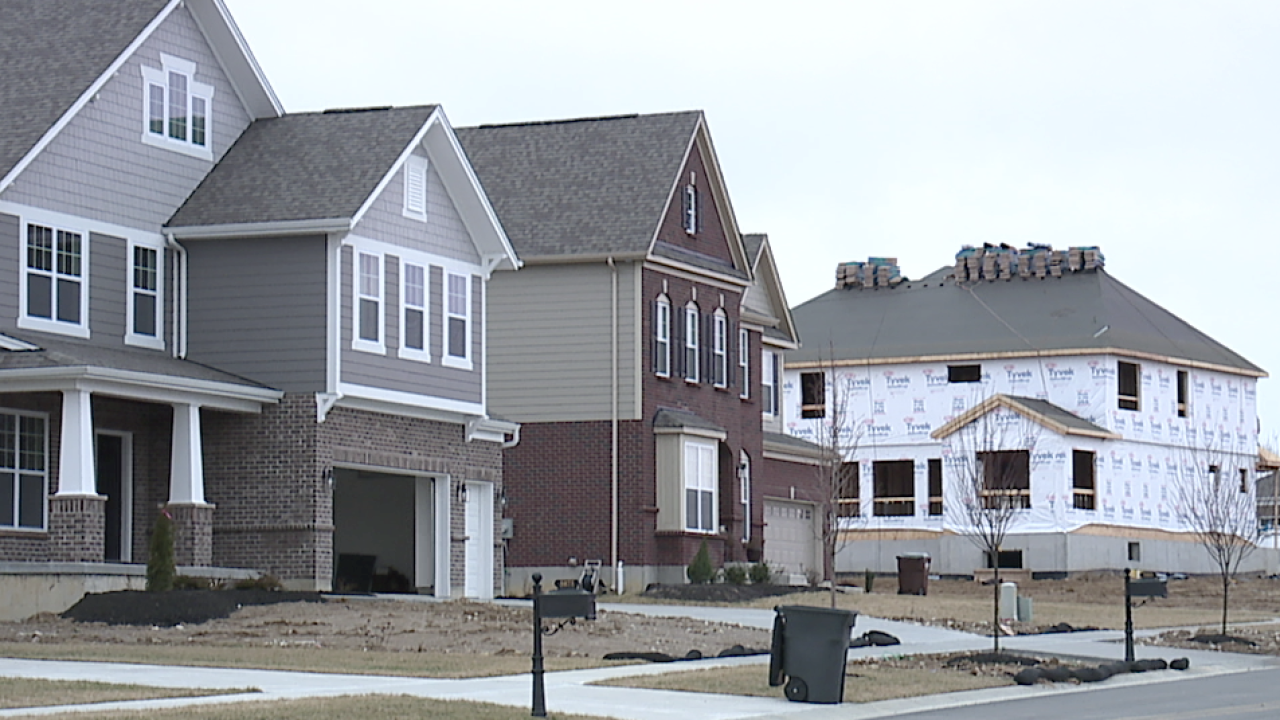 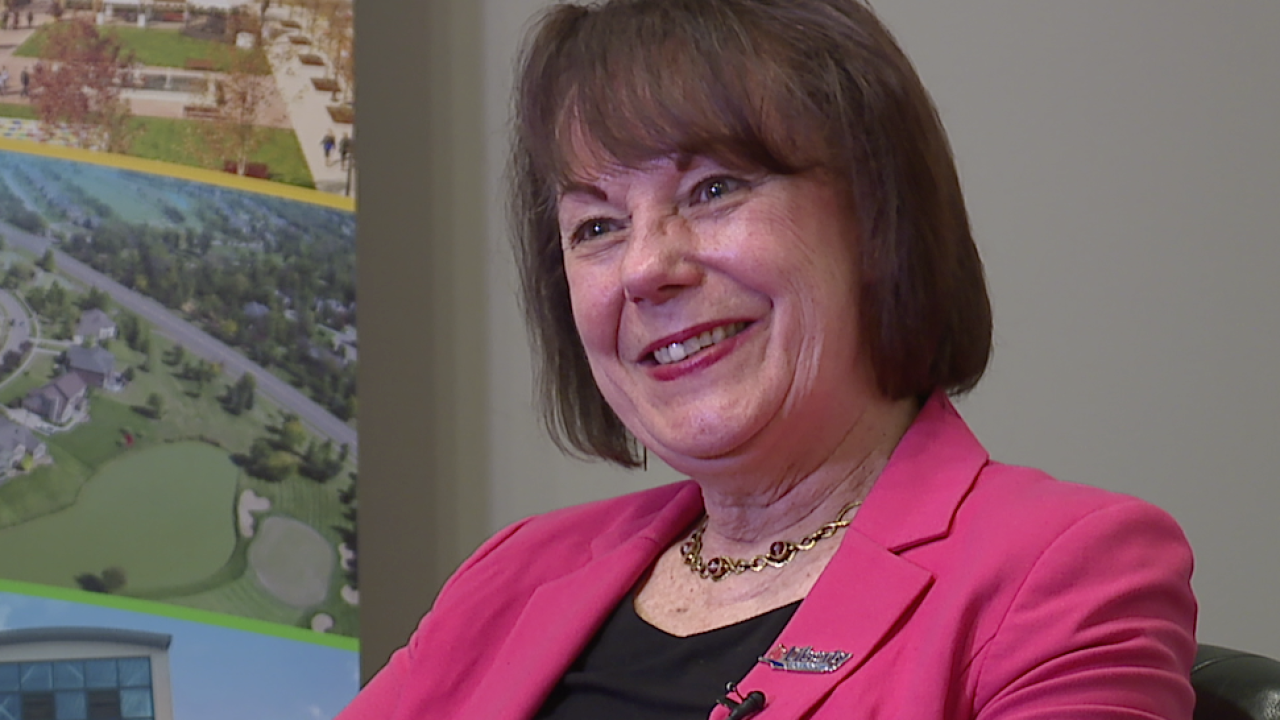 LIBERTY TOWNSHIP, Ohio — The price of freedom is eternal vigilance. The cost of liberty is approaching $300 million.

That’s the combined tally for new roads, highway improvements, bike trails and bridges that are now planned to support the next 20 years of growth of Liberty Township, the Tri-State’s fastest-developing community for new home construction.

“It’s unbelievable. We’re adding 500 to a thousand new residents every year,” said Township Trustee Christine Matacic. “The community has changed, it's grown and I think all for the better.”

But as the cornstalks give way to new rooftops in this once bucolic community, it’s worth asking the question: Is this smart growth or urban sprawl? Here are some numbers. You be the judge.

The township issued 264 building permits to 25 builders in 2018, edging out unincorporated sections of Boone County as the region’s most active area for new home construction, according to research compiled by NPG Dataquest. Ten of the top 20 home-building communities are in Butler and Warren counties; 16 of the 20 are outside the I-275 loop.

Passarge is at the front end of an enrollment study that will determine how the district will respond to Liberty Township’s growth. At this point, he doesn’t think new school buildings will be required. Current enrollment is 16,500, down about 2,000 from the district’s all-time high.

“We’ll definitely see growth in Liberty Township, but there may be a decline in West Chester. So it may balance out,” he said. “We have some schools that are aging out that may have to be replaced but I don’t anticipate adding more schools to what we already have.”

Homebuilder's dream
For Liberty Township, the growth has produced a tripling of annual budgets in the 18 years Matacic has served as trustee. For this year, Liberty Township adopted a $30.4 million spending plan on estimated revenue of $27.2 million. Prior-year surpluses are expected to erase the red ink under a seven-year budgeting process that trustees established 12 years ago.

“That gives us the ability to put funds aside for future years, which we did in preparation for this year’s gap,” Matacic said.

In the meantime, Liberty’s housing boom continues. Population grew six fold to more than 40,000 in the 38 years since Matacic moved to the township. She thinks it could reach 80,000 before the growth subsides.

"It’s really a dream for a home builder because this is where people want to live," said Dan Tartabini, vice president of sales and marketing for Columbus-based M-I Homes. “We’ve been building homes in the Cincinnati area for almost 30 years and Liberty Township has been part of our portfolio from probably day one. It’s been a big part of our business plan each and every year for the last decade.”

Tartabini said demand for new homes comes from move-up buyers who already live nearby and “relocation buyers” transferred to Cincinnati by their employers.

“GE Aviation and Procter & Gamble are two giant companies that bring a lot of people in,” he said. “And this is one of the areas that they always flock to.”

Monroe resident Juan Payton likes the large homes available the township. He is considering a home at Turnbridge, one of three subdivisions where M-I Homes is now building.

“We really love the way they’ve developed the area,” he said.

Planning the growth
Matacic said Liberty Township has been deliberate in its strategy with new subdivisions, using zoning rules to encourage developers to add walking and bike trails that will someday be part of the Miami 2 Miami Connection. That’s a 17-year-old plan to establish bike routes linking the Little Miami and Great Miami river trails.

“We have the plan,” Matacic said. “The developers come in and we say, ‘Can you add to our plans? Put another little piece of the puzzle together for us.’”

Commercial development is another piece of the puzzle. Liberty Township was conceived as a bedroom community where 83 percent of all land is zoned for residential development. But that’s not sustainable long term because homes don’t generate as much tax revenue as office buildings, hospitals, hotels and retail attractions.

As medical investments rise, so does the need for infrastructure. So, the region’s transportation plan now includes $50 million for the modification of the Liberty Way interchange. It would connect State Route 129 to Cox Road, where Christ Hospital opened its $62 million medical center in 2018.

But Matacic said more must be done to ensure the long-term viability of Liberty Township. That’s why the township is promoting an $80 million I-75 interchange at Millikin Road.

“It opens up about 700 acres, direct acres of land for development commercially,” she said. “Not all people will embrace it. I realize that. But I don't think they want their taxes to triple or quadruple.”

Investing in infrastructure
The interchanges represent about half of the Liberty Township road improvements endorsed by the OKI Regional Council of Governments. Its 2040 long range plan includes $6.5 billion in proposed projects, including $263 million in the township. For those keeping score, that’s about 4 percent of the region’s road-building budget for 2 percent of its population.

But it doesn’t represent all of the planned infrastructure spending in Liberty Township. Matacic said the township is spending $1.7 million this year to widen Princeton Road between Cincinnati-Dayton and Butler-Warren roads. It expects to spend $25 million on walking and bike trails in the next 15 years. And it’s seeking funding solutions for several pedestrian bridges or tunnels that would connect major developments, including a bridge linking Liberty Center to the Children’s Hospital medical campus.

All of which begs the question, does Liberty Township’s emergence represent smart growth or sprawl?

“Remember, Clifton at one point in time in history was sprawl,” Matacic said. “Yes, I had a 40-acre cornfield next to me when we built our house 38 years ago. It is now 63 homes. When I became a trustee it was either stick our heads in the sand or we do what’s right for our community and that’s plan ahead. I see where we’ve been. I see where we’re headed. And I have no regrets.”