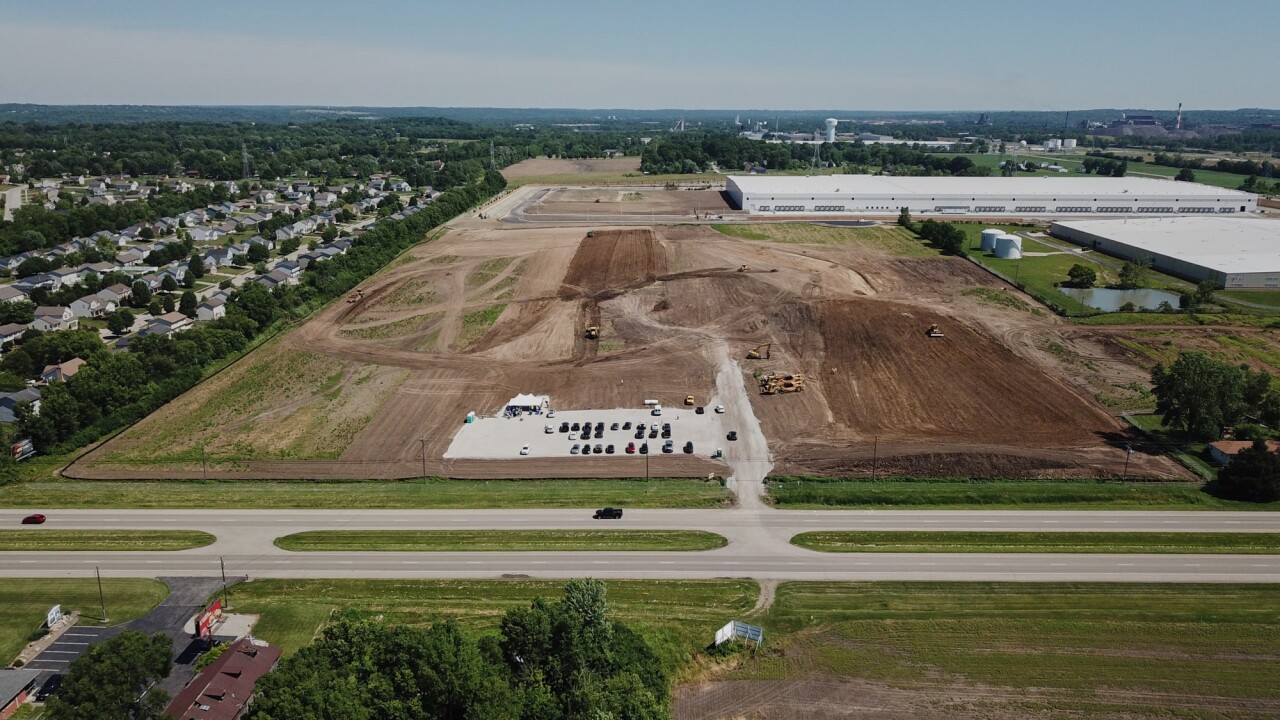 Kroger and Ocado chose this Monroe site as the first U.S. location for a high-tech warehouse and distribution facility.

MONROE, Ohio — The Kroger Co. will receive local tax incentives worth about $2.9 million for the $55 million customer fulfillment center that celebrated its groundbreaking in Monroe Wednesday.

That’s in addition to the $1.4 million in state tax credits announced for the project in December.

“It’s quite an honor to have a company like Kroger recognize this community as a strong development partner that is able and willing to help launch this automated warehouse initiative,” Monroe City Manager William Brock told speakers at the groundbreaking. “The technology behind this fulfillment center sets it apart from the other fulfillment centers that we have been blessed with in this community. It’s just incredible.”

Kroger is partnering with the British online grocer Ocado to build a robot-powered distribution facility that can fill a 50-item grocery order in less than six minutes. It’s the first of up to 20 such facilities that the companies plan to build as part of a national e-commerce expansion.

Monroe approved a 10-year, 50 percent abatement of real estate taxes for the project. It has an estimated value of $1.4 million, said Jennifer Patterson, an assistant city manager in charge of economic development for the city.

Patterson said the project will ultimately pay more than $1.4 million in real estate and income taxes.

“The city has a 2 percent income tax and the 50 percent CRA abatement only applies to the building,” she said. “The land will still be taxed at the full rate for developed industrial land, as opposed to agricultural land, which is what it was. In addition, the company is making regular payments to the school district.”

The Butler County Port Authority is chipping in a sales-tax exemption worth an estimated $1.46 million, said Michael McNamara, development administrator for the port. The exemption applies to construction materials purchased for the project in Ohio, he added.

The exemption is enabled by the port’s ownership of the project, which will be leased to Kroger and Ocado for about four years. Kroger will pay the port $5,000 per year in rent plus a one-time “transaction inducement fee” equal to 15 percent of its expected savings from the sale-tax exemption.

“We like this deal because the city of Monroe wants the port’s involvement,” McNamara said. “They wanted to have it located in Monroe. I believe they see a lot of value in having this business there. A lot of times when you have a company like Kroger anchoring a new facility, especially when it’s a first of its kind somewhere, there’s a lot of secondary business that could potentially be created to help support that primary business.”

The Ohio Tax Credit Authority approved an eight-year Job Creation Tax Credit worth an estimated $1.4 million for the project in December, after Kroger promised to create 410 new jobs with annual payroll of $19 million at the Monroe facility by December, 2023. That works out to about $46,000 per job in annual salary.