It's the 'heart' of Walnut Hills. But will the residents who call it home soon be asked to leave?

'This is all I really know. I can’t see myself even going somewhere else' 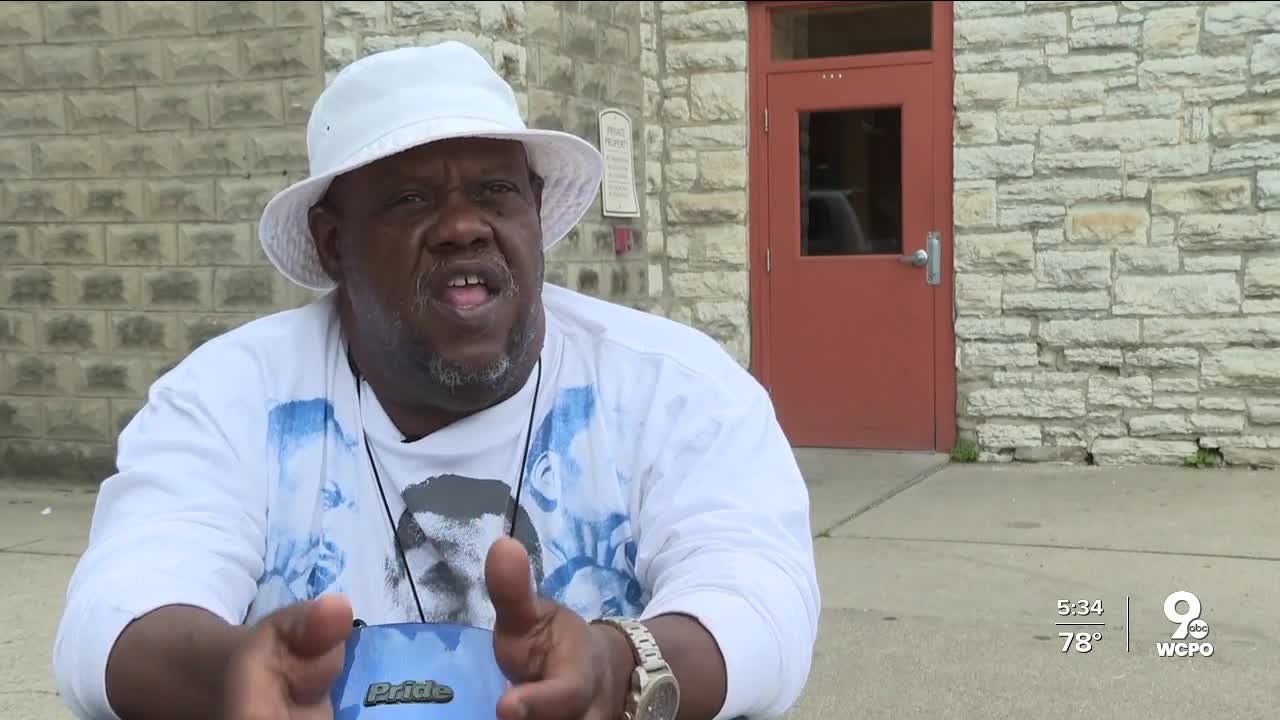 It's the 'heart' of Walnut Hills. But will the residents who call it home soon be asked to leave? Only time — and a judge's order — will tell. 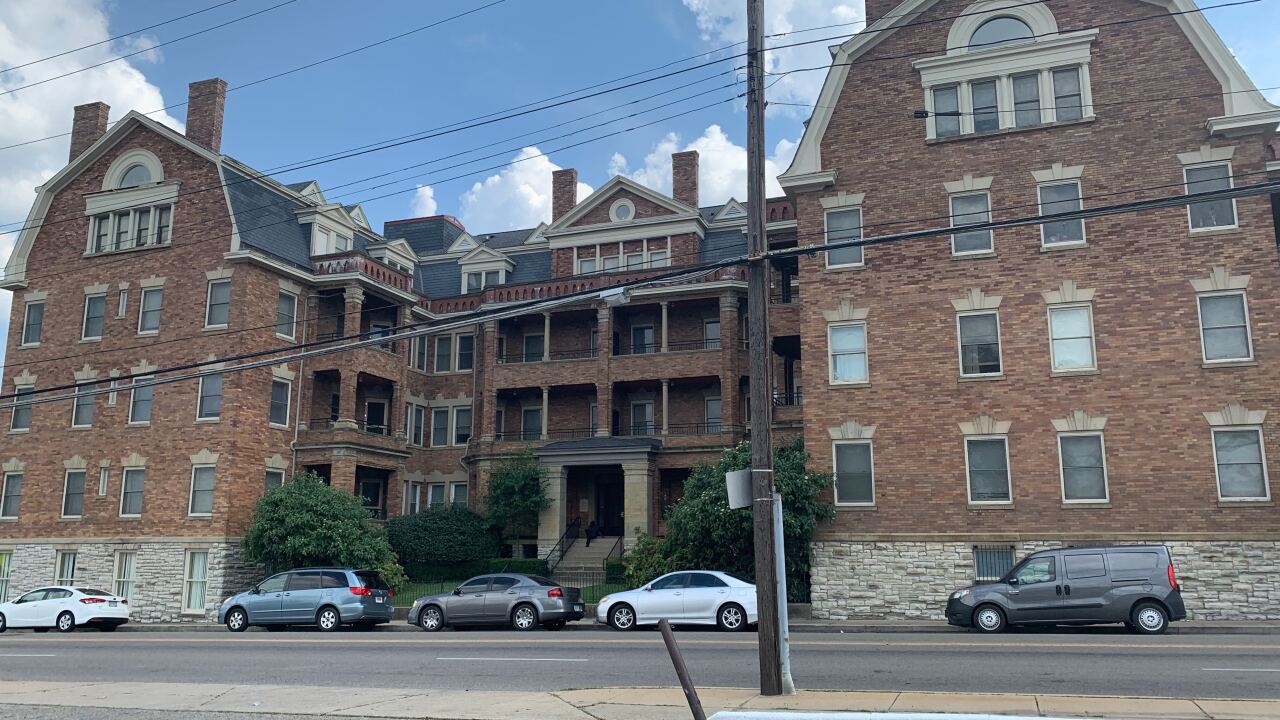 CINCINNATI — When driving along Gilbert Avenue or William Howard Taft Road in Walnut Hills, it is almost impossible to miss the formidable, majestic Alexandra Apartments complex.

“It was one of the most convenient buildings that I can live in,” said George Smith, a longtime tenant. “We have a lot of things around, and it's good for me because of my disability.

“This is all I really know. I can’t see myself even going somewhere else.”

Smith hails from Walnut Hills and Avondale. He’s known in the community for his career as a professional baseball player and for his time as a city worker with the Cincinnati Recreation Commission. He settled into quieter days after sustaining a serious injury; now, he lives on Social Security and moves around in his electric wheelchair.

Looking inside of his apartment, it is apparent that Smith has made himself comfortable in the nearly 15 years he has called the Alexandra home.

His unit is amply furnished, and the air is almost thick with memories he has made with the relatives and neighbors for whom he professed his love during an interview with WCPO. But despite over a decade of rent payments and fostering a sense of community with his fellow residents in the building, Smith and approximately 80 other senior citizens and people with special needs could be displaced from the Alexandra in the near future.

The Alexandra is up for sale after the owner of the building, the Alexandra Limited Partnership that was formed and controlled by the Miller Valentine Group (MVG), failed to refinance the property in 2019. This prompted a chain of events that put the building in foreclosure.

The historic building was reserved as an affordable housing space for seniors and disabled residents when it was renovated in 2004. However, a judge could allow the (still-unknown) incoming owner to bypass the affordable housing mandate that was once placed on the building. If that happened, the new owner could raise rental costs to market rate.

Tenants found out in December that the Alexandra wasn't refinanced and formed an association to take legal action. Through consulting with the Legal Aid Society of Greater Cincinnati, they successfully filed a motion to intervene in the case. The tenants charged the owner with neglecting its duties and causing an unnecessary foreclosure.

“This is a building that is fully occupied. People are paying their rent. There was no reason for the ownership not to be able to refinance,” said John Schrider, the tenants’ attorney and director of the Legal Aid Society of Southwest Ohio.

In response, the owner filed a motion claiming the tenants shouldn’t be allowed to sue them — a motion that is expected to be reviewed in court later this month. WCPO reached out to the Miller Valentine Group, but it did not respond to a request for comment.

Meanwhile, settlement talks are being held with the objective of preserving the housing as affordable.

The Miller Valentine Group was granted control of the Alexandra in the early 2000s.

This was granted through a contractual agreement stating that the owner would maintain the building as affordable housing for senior citizens and disabled people for 30 years as required by the Internal Revenue Code, the government entity issuing tax credit.

The promise was made in exchange for $12 million in public financing, which went into renovating the building from tax credits, low interest loans and grants. However, by 2019, the initial loan for the Alexandra had not been paid off and $500,000 was still owed on the property.

When the Alexandra wasn't refinanced, an out-of-state lender named Fairview Loans purchased the note on the building and foreclosed it shortly afterward. Prodigy Properties was then appointed by the court as the receiver of the building. Prodigy has been collecting rents and overseeing operations at the Alexandra until it is sold.

Although residents are allowed to continue living in the building for another three years, they are fighting for the full remaining 13 years that was originally promised within the Alexandra’s full 30-year affordable housing contract to be honored by whichever developer will buy the property next. They are citing the Internal Revenue Code to show that any owner of the building is bound to that low-income use requirement.

“The low income use restriction is good for 30 years,” Schrider said. “Tenants have a right to enforce it. And the only way that the ownership can get out of it is if there's a legitimate foreclosure, and we intend to show that the foreclosure is not legitimate.”

Tenants have received support from other entities outside of the Legal Aid Society, including the Greater Cincinnati Homeless Coalition and the Walnut Hills Redevelopment Foundation, the nonprofit that led the Alexandra’s renovation project back in 2003. Smith says the judge presiding over the case is in the tenants' favor and that he is optimistic about the outcome.

Still, Smith is worried because there is no telling when a decision will be made about whether the Alexandra keeps its status as an affordable housing property in the long-term. The residents are afraid they will lose their homes.

“It’s frustrating because as a resident, I don’t know if I’ve got to get ready to move or not,” Smith said.

Given his disability, being forced to leave the Alexandra could be a major setback. The building is surrounded by amenities on which he has come to rely, like the bus stop across the street, the laundromat and public library branch at the end of the block, and the fast food chains and phone service providers a stone’s throw away. He said Cincinnati needs more housing options for those in his tax bracket.

“I think people should realize that low-income people are people, too,” Smith said.

The history of the Alexandra

Aside from its impressive structure, there are a few reasons the Alexandra is such a coveted piece of property in Walnut Hills. For one, it was labeled a historic landmark by the National Parks Service in 1997.

Architects Joseph and Bernard Steinkamp built the four-story structure in 1904. Originally developed with 54 units, the building was once the largest apartment complex in Cincinnati.

The Alexandra immediately projected a formidable presence, given its considerable size and distinctive architectural style. The architects built it with nods to the American Colonial Revival style, a departure from bright Victorian colors. The building was instead covered in earth tones that allowed more economical use of the land and construction materials.

The building was also distinctive because of its location. At the time, Walnut Hills was considered a Cincinnati hotspot, and the building is just a three minute walk from the business district at Peebles Corner. The complex was also one of a number of apartment buildings that were built along growing streetcar routes. In those times, white residents in the professional class would take the streetcars to and from their offices Downtown.

However, the socioeconomic makeup of the Alexandra’s residents turned over mid-century when George Thomas of Hyde Park bought the building in 1955. More Black and low-income residents began moving into the building and its 54 units were converted into 78. Over time, the building fell into disrepair and by 1993, it suffered almost $300,000 in damages in a massive fire. No one was injured but all of the tenants had to be vacated from the building. It is still unknown what caused the fire. The city condemned the building in 1998.

The renovation and repurposing of the Alexandra as a senior living facility in the early 2000s was part of a larger wave of projects to infuse new life into the neighborhood.

“That's what the Alexandra symbolizes. And that's what it is for the residents of the Alexandra: It's a good place to live in a good location, and also now in a neighborhood that's undergoing significant revitalization and gentrification.”

“Walnut Hills has been a diverse and welcoming community since the 1800s," said Samantha Reeves, the executive director of the Walnut Hills Redevelopment Foundation. "So it's part of our history. It's part of our heritage to advocate for our residents. And so that's why it was really a no-brainer when we learned that the Alexandra was going into foreclosure to collaborate, communicate with our residents so that we could present a united front.”

The Redevelopment Foundation has taken part in other housing advocacy efforts like the fight to maintain and improve the Alms for its low-income residents. More significantly, the nonprofit worked with locals to devise a reinvestment plan in 2016 to protect Walnut Hills’ affordable housing as the neighborhood’s housing stock has been diversifying. According to the plan, 30 percent of Walnut Hills housing must be kept as affordable for residents with 60 percent area median income or lower.

Reeves and Schrider point out that one outcome they and the Alexandra residents are hoping for is that the building will be bought by a developer who is already inclined to keep the property affordable.

“We need to fight for people that are low-income,” Smith said. “We need more buildings for low-income people because they are people, too. And with this crisis going on, we don’t need people that are sitting out here in the street getting sick.”