Is design of city streets contributing to crashes in Cincinnati? 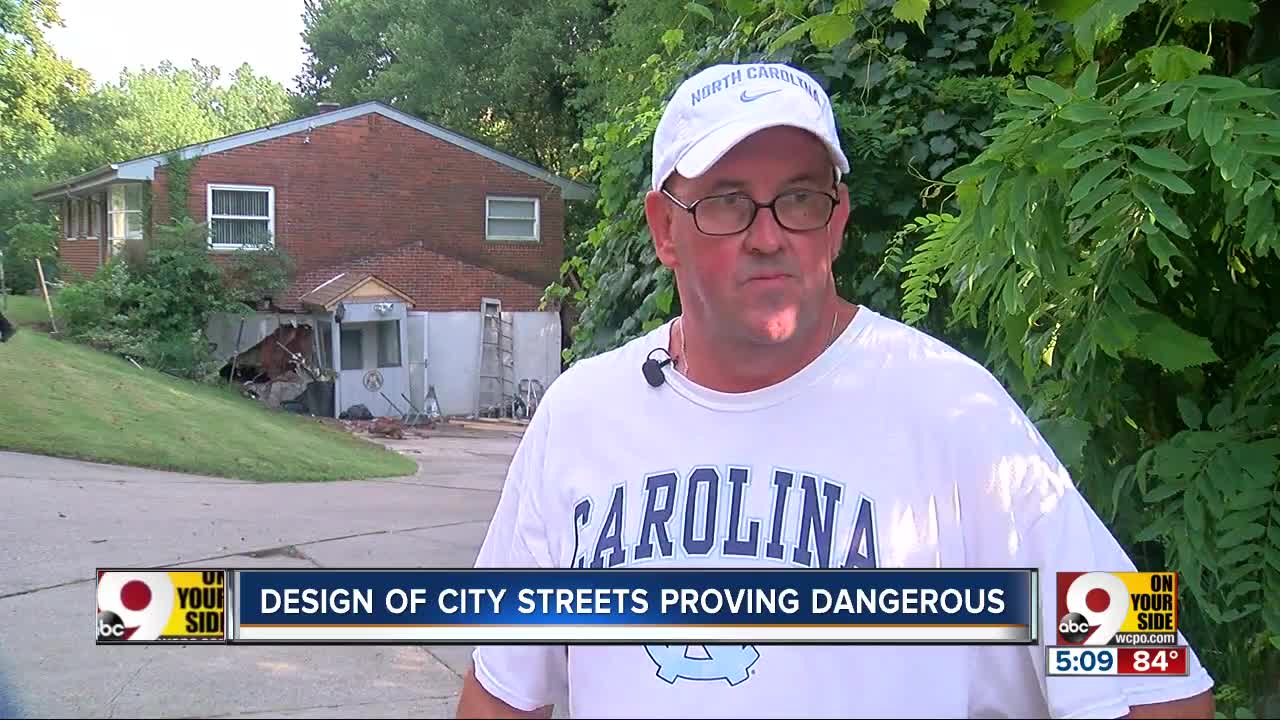 Dennis Kilday looks twice before he mows his neighbors' lawn. That's because cars "fly" over Delhi Pike, making people there anxious about being hit — or having cars plow into their homes. 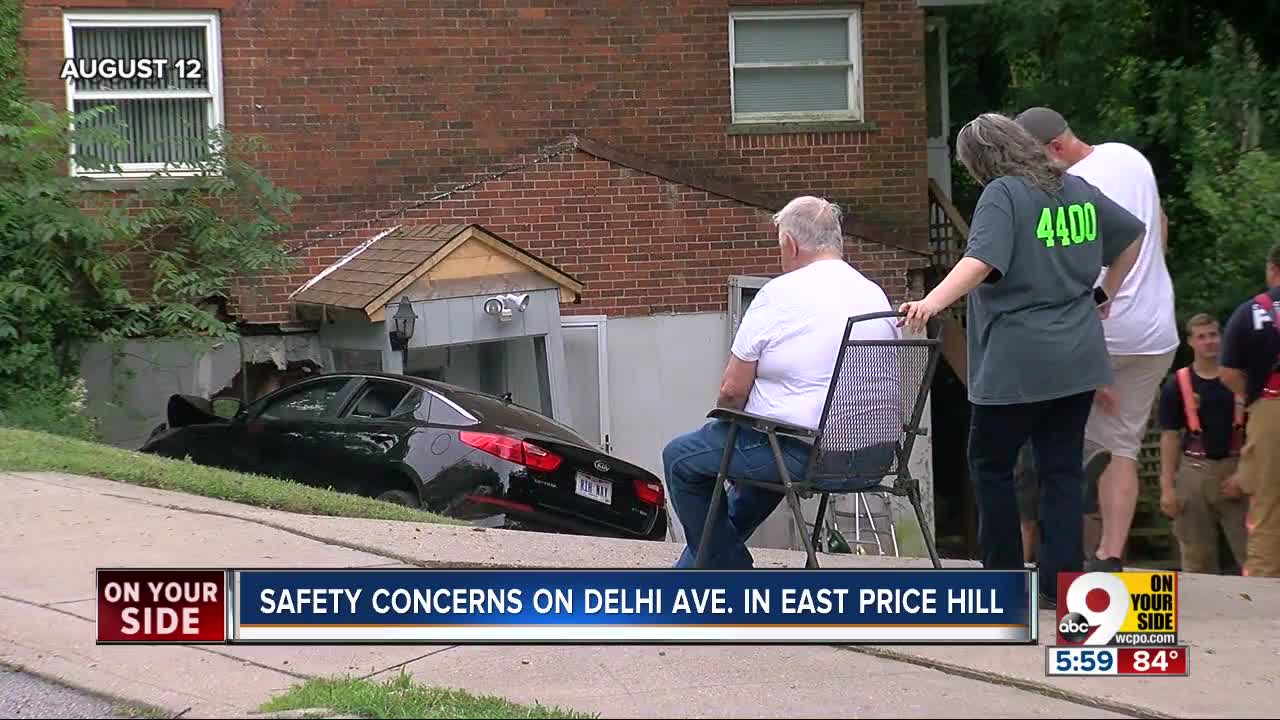 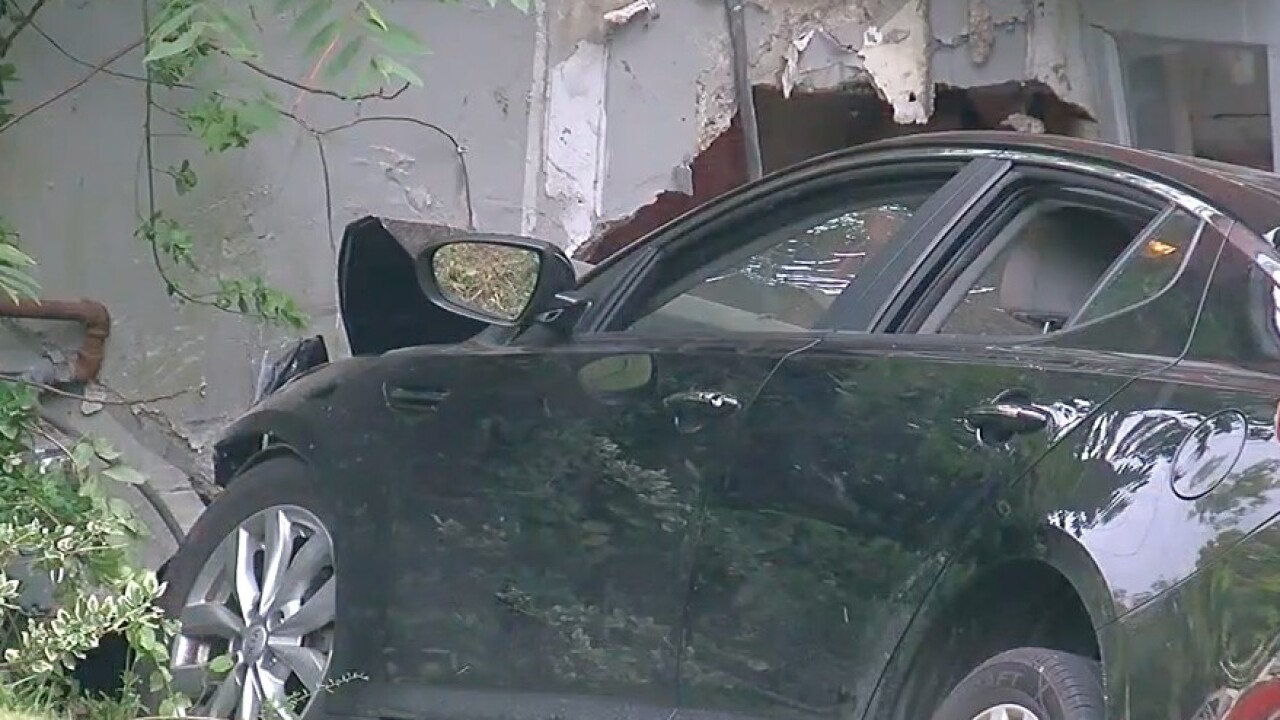 CINCINNATI — A car crashed into a home on Delhi Avenue near Rosemont this week and the man who lives there said his house has been hit by a car 34 times.

“They just pedal to the metal around here,” said Robert Cox.

Neighbors said it was not an isolated incident.

“My home has been hit seven times,” said Darlene Davis, who has lived in the bend in the road on Delhi for two years.

Speeders make the stretch of Delhi Avenue unsafe for people to walk and cross the street, residents said.

“They fly through here,” said Dennis Kilday, who fears for his life when he cuts his neighbor’s grass.

Whether it’s their house being hit, their car being hit, or even the wall outside their home, they said they are fed up.

Residents believe the issue is speeding. And some local advocates say that’s happening city wide and needs to change.

“A renewed focus on enforcement and making sure that we don’t just drive like it’s the Wild West out here,” said Derek Bauman, a supporter of “Vision Zero.”

Vision Zero is a city plan to put an end to traffic crashes and fatalities. Bauman said a major factor in speed-related crashes is the design of the streets.

“If our lanes are too wide, if the street looks like a highway, people tend to drive like it’s a highway regardless of a speed sign,” Bauman said.

He hopes Vision Zero can lead to speed bumps, textured crosswalks and stronger enforcement and stop crashes like this from happening.

“Our streets need to be safe and equitable for everyone using them,” Bauman said.

And though there are no immediate plans to change Delhi Avenue, some are pleading for action.

For Davis, any help is welcome if it gets her safely across the street.

“There’s just no way to cross the street here, to get home with your groceries. There’s no way here,” Davis said.

“Slow it down,” Kilday said. “It’s not asking that much.”