How will low tax revenues brought on by COVID-19 impact convention center hotel?

Depends on what the world looks like in the fall 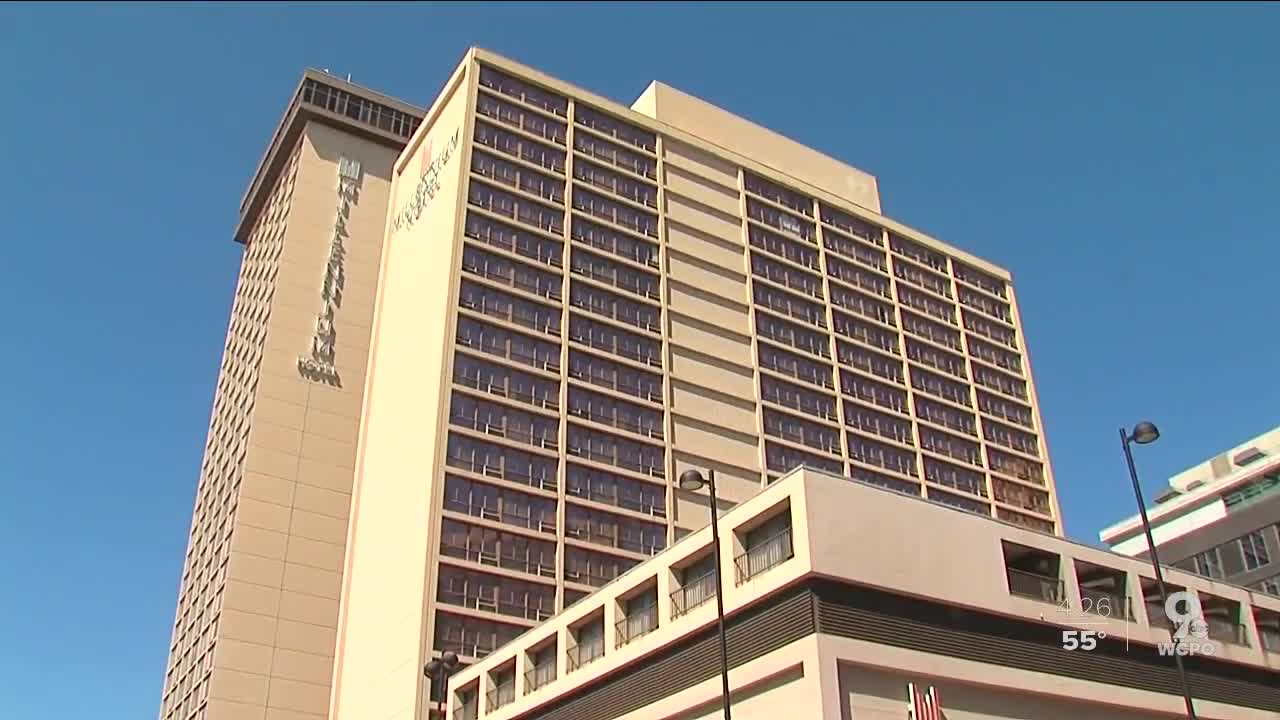 Last fall, the Port agreed to purchase the Millennium hotel and also finance its demolition. The total cost is nearly $53 million for the acquisition and tear down of what was downtown Cincinnati's largest hotel, with more than 800 rooms.

CINCINNATI — It may take some time before area hotels are able to rebound from the impact of COVID-19. The health crisis struck just as county and city leaders were moving forward with plans to build a brand new Downtown convention center hotel, where the shuttered Millennium currently sits.

"I can’t say it’s not going to be impacted," said Laura Brunner, president and CEO of the Port of Greater Cincinnati Development Authority. "It really depends on what the world looks like come fall.”

Last fall, the Port agreed to purchase the Millennium hotel and also finance its demolition. The total cost is nearly $53 million for the acquisition and tear down of what was downtown Cincinnati's largest hotel, with more than 800 rooms.

Money from Hamilton County's 6.5 percent transient occupancy tax (TOT), which is charged for hotel stays, will be used to pay off the debt. But, with so few hotel rooms being occupied right now, the long-term impact on local hotel business is unknown.

“Are hotels back up to 72 percent occupied?" Brunner asked. "Or, does it take a long time before people want to start traveling again.”

Nationally, hotel occupancy rates are around 20 percent, according to the American Hotel & Lodging Association. According to Hamilton County early projections acquired by WCPO 9 News, 2020 TOT revenues are estimated to be more than 50 percent lower than what was collected in 2019, which saw a five year high. It is expected that TOT collections may increase in 2021, but not to 2019 levels. Reaching those revenue levels is projected to take several more years. Even if this year's expenses outpace revenues, reserves are expected to cover the difference.

“We’ll continue to evaluate," she said. "We’re going to have to wait until the market settles down and we know what the new world looks like before we can make any decisions,” Brunner said.

A decision will also need to be made about who owns what. Brunner said currently the Port owns the land on which the new hotel will sit. Adding a convention center expansion to the development could result in multiple owners.

“Right now, the city owns the current convention center," Brunner said. "So, perhaps they want to own the addition. Maybe the Convention Facilities Authority, maybe some combination. We’re a likely owner, but not guaranteed to be the owner."