'It is a humongous problem' 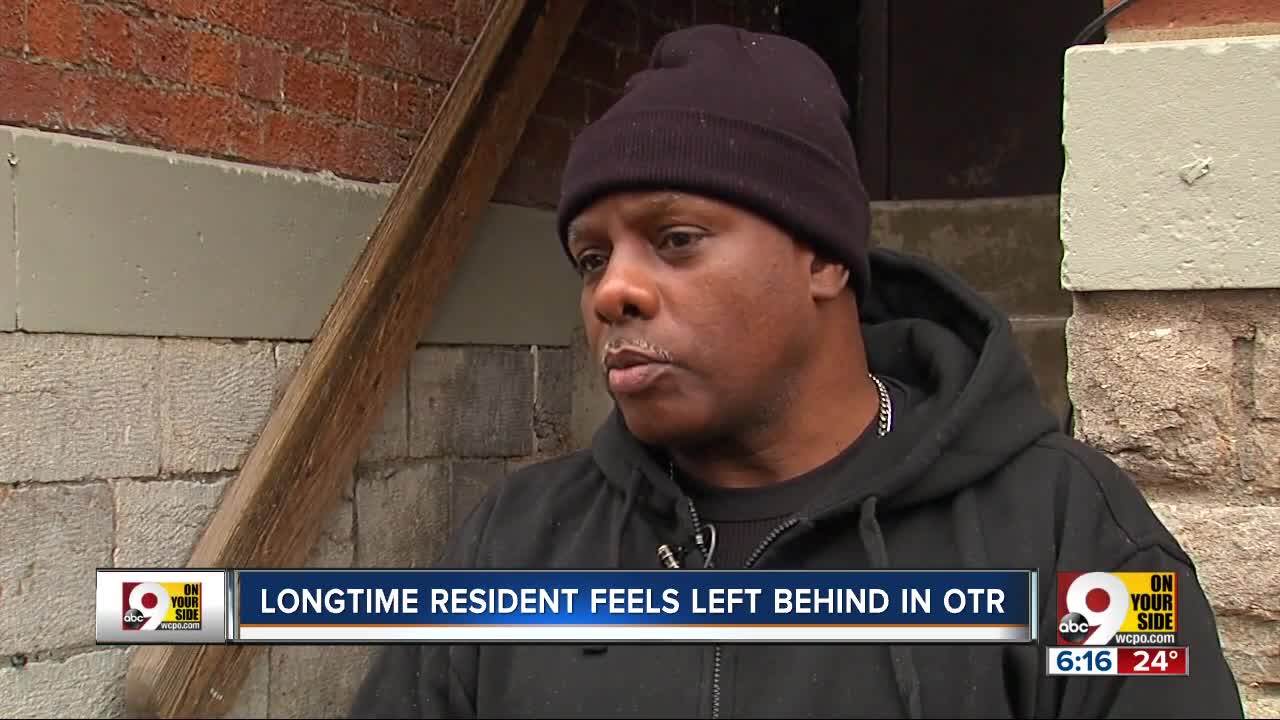 The region’s shortage of low-income housing combined with a push for redevelopment in the urban core have left a growing number of people struggling to find decent housing they can afford. Daniel Eubanks is one of them.

CINCINNATI — After a 25-year career as a machinist and 11 years in the same Over-the-Rhine apartment, Daniel Eubanks never expected to be homeless at this point in his life.

But Eubanks ended up out on the street this past summer after the building where he lived was sold.

Now, a week before Christmas, he’s spending his days at the Public Library of Cincinnati and Hamilton County Downtown and his nights at The David and Rebecca Barron Center for Men homeless shelter in Queensgate.

“It’s the community,” said Eubanks, 63, explaining why the Peete Street apartment was so important to him. “I went to Rothenberg, which is just a street over. I got grandkids in this neighborhood that need support … and they’ve tooken that all away from me.”

The region’s shortage of low-income housing combined with a push for redevelopment in the urban core have left a growing number of people struggling to find decent housing they can afford, said John Schrider, director of the Legal Aid Society of Southwest Ohio.

“It’s actually kind of a good news, bad news kind of story,” said Schrider, who also serves as chairman of the local Affordable Housing Advocates. “Good news for some people but bad news for people at the lower end of the ladder.”

There could be more good news on the horizon.

The recommendations are scheduled to be finished in February and could help thousands of local residents living in housing that consumes an outsized chunk of their income, said Kathy Schwab, executive director of LISC Greater Cincinnati.

“We have tons of recommendations around tenant protections and anti-gentrification policies,” Schwab said. “It is a humongous problem.”

Eubanks is feeling it.

For more than a decade, he has had a housing choice voucher, more commonly known as Section 8. Eubanks thought that would make it easier for him to find a new place to live after he had to leave his place at 212 Peete St.

But he has struggled for more than four months to find a decent place that will accept his voucher and can pass inspection, he said.

The landlord tried to put him in a different unit, he said.

“That failed as well,” he said. “But it wasn’t the stove. It was the electrical outlets.”

Several recommendations that Schwab expects to be part of her group’s final report could offer help to people in Eubanks’ situation.

Slowing down the problem

Such a policy would prohibit landlords from discriminating against people who have government vouchers to help pay their rent. The city currently has an ordinance related to income discrimination but doesn’t enforce it, Schwab said.

The group developing a 10-year housing strategy wants to see the city of Cincinnati enforce its ordinance and would like to see Hamilton County adopt a similar measure, she said.

Another recommendation could be to require landlords to give tenants more notice if they are being forced out by redevelopment.

Schwab said the idea behind that recommendation would be that any property owner who receives city funding for redevelopment would have to give tenants six months to find a new place to live instead of just 30 days.

“That won’t create more housing, but it could slow down the problem and help reduce homelessness,” she said.

The group also wants to see the city establish dedicated, annual sources of funding for the Affordable Housing Trust Fund “to promote development and preservation of affordable housing,” Schwab said in an email.

A 2017 study by Xavier University’s Community Building Institute found that for every 100 of the lowest-income households in Hamilton County, there are only 28 units of housing that are affordable and available.

To have enough for everyone, the county would need 40,000 more units of affordable housing for families with an annual household income of $14,678 or less, the study found.

That doesn’t mean the city and county need to build 40,000 units of housing to meet the need, Schwab said.

“We have a lot of vacant housing,” she said.

Plus, if local governments encourage the construction of more housing for middle class families, that would open up lower-cost housing naturally, she said.

People like Eubanks, though, just need that one place that will work.

Eubanks said he thought he had it with the apartment at 212 Peete St., where he lived for 11 years, but that all changed last summer.

A lawyer for the former owner of the building filed to have Eubanks evicted in June, telling the court that he owed $2,880 in back rent.

Eubanks was responsible for a portion of the rent as a recipient of a Section 8 voucher. He said his share totaled a little over $100 per month.

Stuart Richards, the lawyer who represented the former property owner, said his notes about the case indicated that the former landlord, Guilene Cadet, said Eubanks had not paid his portion of the rent for more than two years.

Eubanks said that’s because he had a deal with Cadet. She told him that if he maintained the building for her while she lived out of town, he didn’t have to pay his portion of the rent, Eubanks said.

“I guess once she tried to sell the building, she wanted me out of there,” he said.

Eubanks said he explained the situation in court, and the magistrate ultimately told him to pay $200 and move out without getting evicted.

He agreed to pay up and move out to avoid having an eviction on his record, he said.

WCPO could not reach Cadet for comment. Richards said he didn’t recall those details of the case but thought maybe Eubanks hadn't done what Cadet expected of him.

Hamilton County Municipal Court records show the court ordered a writ of eviction on Aug. 1, after the building already had been sold, but the eviction was never carried out.

Eubanks has been holding out hope to move back to Peete Street after the renovations were complete.

Venu Akkinepalli, the building’s new owner, told WCPO in an email that he hasn’t decided whether to accept Section 8 vouchers after renovations are complete.

Schrider said it’s uncommon for property owners in the region to buy a building, renovate it and then continue to accept Section 8.

Should redevelopment benefit everyone?

“With this tightening market, there are fewer and fewer landlords with decent housing that are participating in the housing choice voucher program,” he said. “There’s always been a problem of getting landlords to participate in the program. It’s even more difficult because of the market forces that are occurring in Cincinnati.”

Those market forces also are getting a boost, Schrider said, when local governments provide incentives to developers to renovate properties.

Eubanks said that’s what he would like to see.

He overcame a serious injury and subsequent drug addiction to get his life back on track after experiencing homelessness years ago, he said.

He loved the apartment where he lived, he said, and thought he would die there. Now he just wants to get into a decent place and get the belongings he has left out of storage, he said.

“As a community, we should be wanting redevelopment to benefit everybody,” Schrider said. “And unfortunately in some neighborhoods that’s just not happening.”