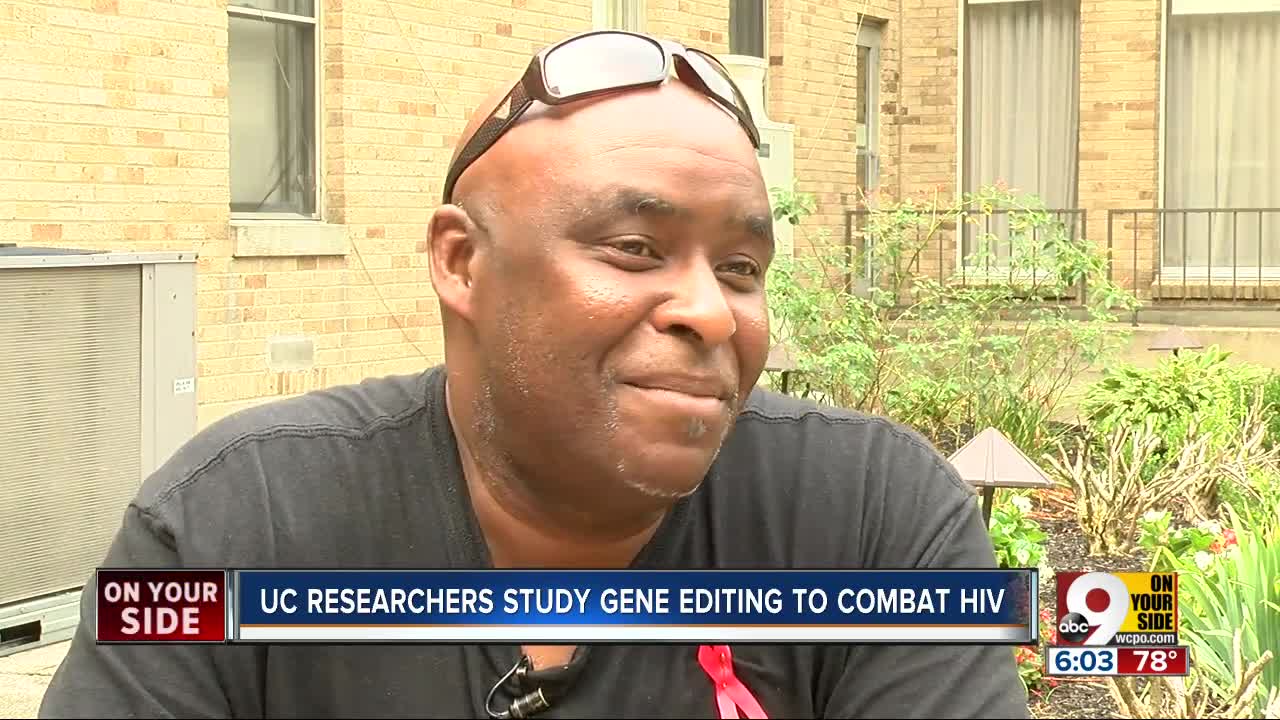 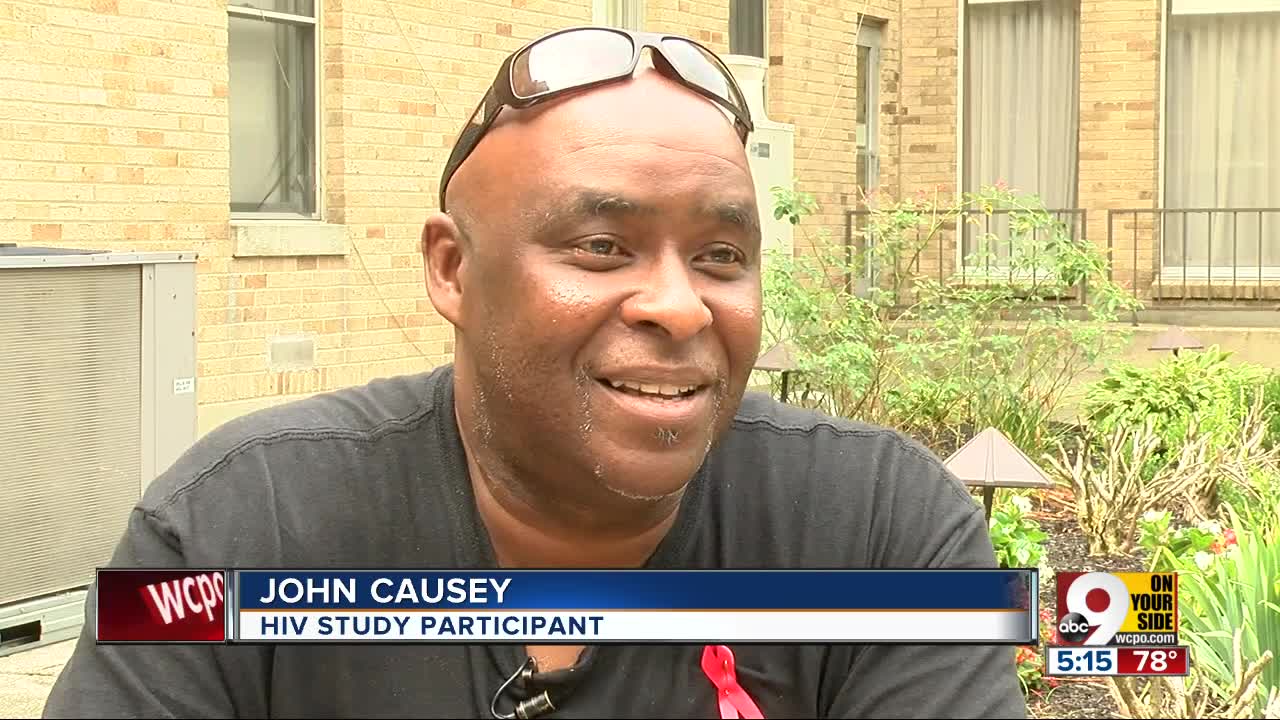 Researchers at the University of Cincinnati are participating in a groundbreaking study that potentially could find a cure for HIV.

"We have recognized that the medications we use to treat people for HIV infection control it, but don't eliminate it from the body," said Dr. Carl Fichtenbaum, the principal investigator and professor in the Division of Infectious Diseases at the University of Cincinnati College of Medicine. He said they will have about ten patients from the TriState as part of the study, called TRAILBLAZER.

John Causey is one of them. He's been HIV positive for 28 years.

"Back then a lot of times when you found out you were HIV positive, your life expectancy was a few months. A year would be just pushing it," he said. "It was a death sentence."

Causey said he knew a lot of people who didn't make it. He feels fortunate that he did, but it wasn't easy. He remembers being hospitalized, having trouble with his liver and struggling with his mental health.

"(There's) just the stigma of like it's a dirty secret or something. You don't want to talk about it or tell anyone," Causey said.

Then there were the handfuls of pills he needed to stay alive — 12 separate medications twice a day.

"That makes you sicker than the disease itself," he said.

Today, thanks to extensive medical research into the successful treatment of HIV, Causey only takes one. He wanted to participate in the study in order to do the same favor for someone else: Find a way to reduce their suffering and make living less of a challenge.

"Someone else did," he said. "They did that and went through all the studies and the trials and tribulations of all that to get where I can take one pill a day, and look at me. I look great!"

Participants will have a small group of their white blood cells extracted.

"Within those white blood cells, you have genes that tell the cell exactly what to do and what sorts of receptors belong on the surface," said Dr. Fichtenbaum.

The CCR5 gene receptor allows people to receive HIV. The researchers will use a specialized gene editing technology called zinc-finger nucleases to cut that receptor out of a small number of white blood cells from study participants.

"HIV has the key, and what we do is eliminate the lock, and now HIV cannot get into that cell," said Dr. Fichtenbaum. "We'll send them to Case Western, where they're the ones who are actually taking them and changing the cells in the laboratory."

Case Western Reserve University in Cleveland is leading the research study. The University of California-San Francisco is also a participating site. About 30 patients will be part of the pilot study, during which each will get their own genetically edited white blood cells injected back into their bodies. Following that process, the cells are expected to naturally regenerate.

Something similar has worked in the past. Researchers are looking for a safe way to replicate the case of the first person cured of HIV more than ten years ago. Timothy Ray Brown received a bone marrow transplant to treat leukemia, but the donor did not have the CCR5 receptor.

"To this day, he is not having HIV infection that is detectable in his body," said Dr. Fichtenbaum.

Causey said with medication, his own HIV is currently undetectable. However, he is hopeful the study will give him another weapon in what he calls "a war" against HIV.

"It's not really new cells. It's just cells with body armor on it," said Causey. "So, fighting cells."

The National Institutes of Health awarded researchers an $11 million grant to study whether the process will work. The initial study will last for five years, and UC is still recruiting local participants.

"Down the line it's gonna help somebody else, even if they don't remember me," he said. "Well, I did my part in the fight against HIV."