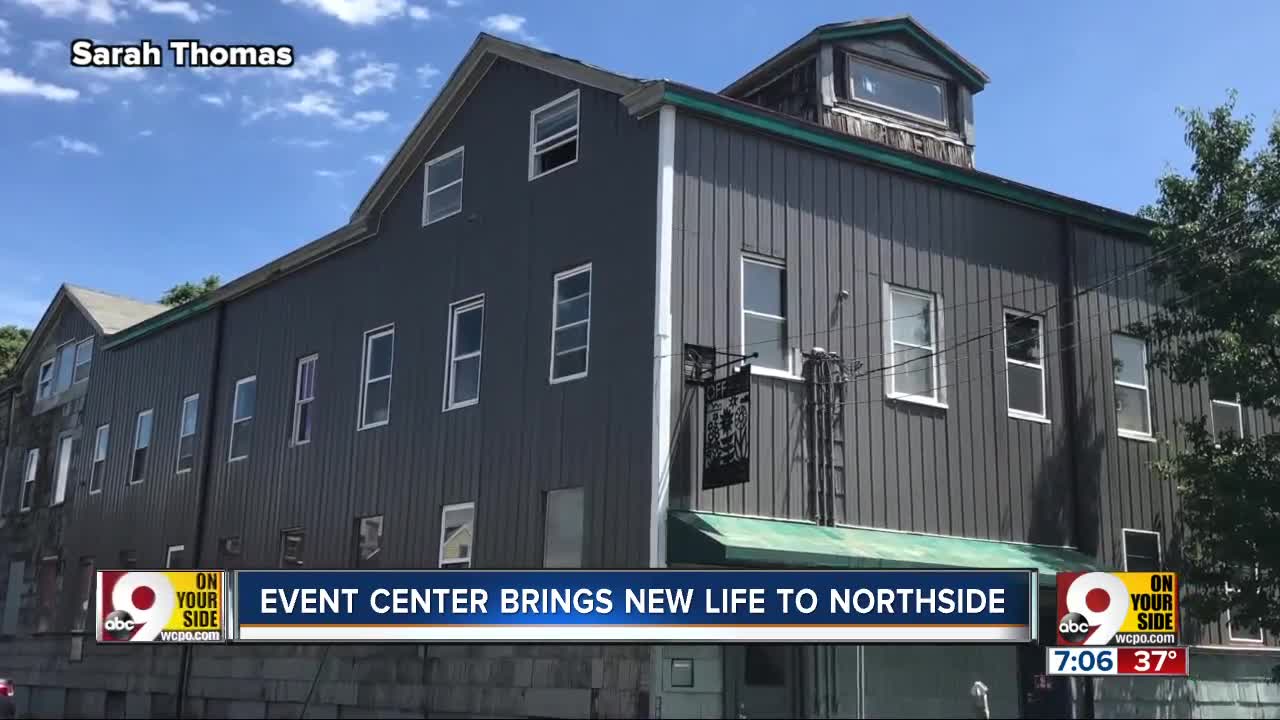 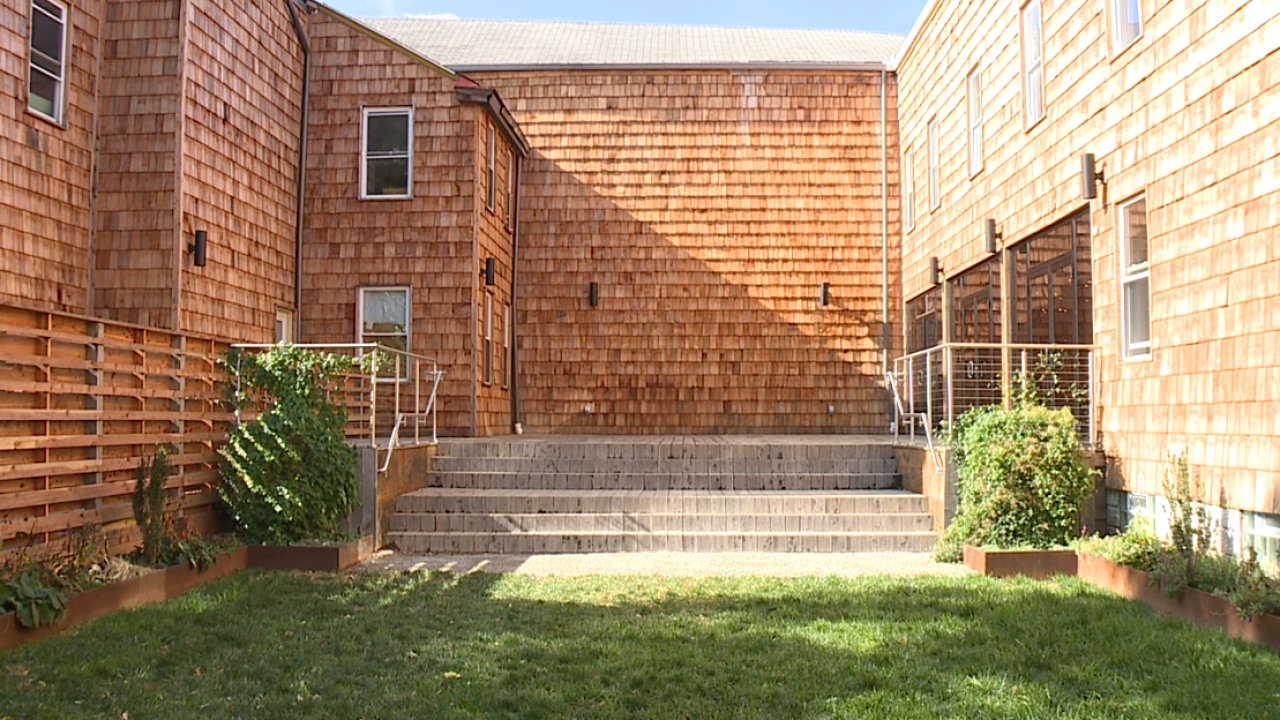 Northside is one Cincinnati neighborhood that has seen heavy reinvestment over the last 10 years.

A number of blighted and empty homes have been updated and modernized. But when Sarah Thomas and Chris Pohlar of Grey Rock Development were approached about finding a way to bring new life into one of the biggest structures in the neighborhood, they initially weren't interested.

"We came to look at it knowing that it was on the market, and we walked right back out saying absolutely not. Way too large of a project," Thomas said.

That was more than three years ago. The seller at the time was Maureen Wood, a beloved figure in Northside who was looking to sell the former Parks Woodworking Machine Company, which she had renamed Off the Avenue studios. The building at 1546 Knowlton St. dates back to 1902.

"The conversation went on and over the course of maybe eight or nine months," Thomas said. "We slowly drew up architectural plans for evaluating which parts are still functioning, what needs repair. And eventually decided to take the leap."

Today, what was an old, rundown factory is now a place for Northsiders and beyond to hold weddings, parties and other events. At 4,000 square feet, the $1 million Factory Events project is the largest historic renovation along the business district, Thomas said.

The first floor is the courtyard and event venue. The second floor is artists studios and working space. She said the facility works well with the growth Northside has been experiencing. Hamilton Avenue has become a popular area with bars, restaurants, businesses and residential space.

"Every single event that has been here that was a wedding, they all got married in the courtyard, had a reception here and when it was time to close, they all went right to Hamilton [Avenue]," Thomas said.

"This is huge," said James Heller-Jackson, who has lived in Northside for 15 years and also works as a community organizer in Camp Washington. "This is a great first step in bringing it into the 21st century."

Thomas said she wanted the space to be a reminder of the role Northside played in Cincinnati's manufacturing history,

"It was owned by Lewis Parks, who was a hobbyist, inventor and also owner of originally Parks Ball Bearing Company, which used to exist in the 1880s over on Colerain on the other side of Northside," she said. "Then they moved over here (on Knowlton Street) and he actually used to have a house right in the middle of the yard and then built his factory in three legs around it."

The factory was renamed Parks Woodworking Machine Company and held patents for a number of tools and machines that were sold by Craftsman and Sears. There are actually several Parks catalogs that are part of the Smithsonian Libraries Trade Literature Collection.

Thomas said there were several large pieces of equipment left in the building when they took possession of it. Now, the large, cast-iron lathes, which were used to create tools, hold prominent spaces in the building.

"We put them at each entry in these spaces to kind of celebrate that history," she said.

Also important, Thomas said, was continuing the spirit that Wood left behind. Wood passed away in 2017.

"She was very early to Northside and she had a vision that a lot of other people didn't believe for a very long time," Thomas said. "She believed in the community and she knew what could come here."

"No question. Maureen really saved that building initially," Heller-Jackson said. "It wouldn't have been standing today if it had not been for Maureen Wood back 20 years ago when she made it a usable structure. Sarah and Chris have taken it into the next level."

Thomas believes their project saved the building again. She doesn't know if the building would have survived if they hadn't bought it.

"We had this planned from the get go," she said. "And (Maureen) always knew that basically we had the energy and the vision to do it."

Thomas is also the executive director of Northside's community redevelopment corporation, called Northsiders Engaged in Sustainable Transformation, or NEST. She said the desire was for the new space to be part of Northside's redevelopment plan. But it also brings back memories for residents.

"When we were working on it, people would walk by constantly and say, 'Oh, can I come in and the see the progress? I got married here in 2001,'" Thomas said.