And a record number of drivers on the road 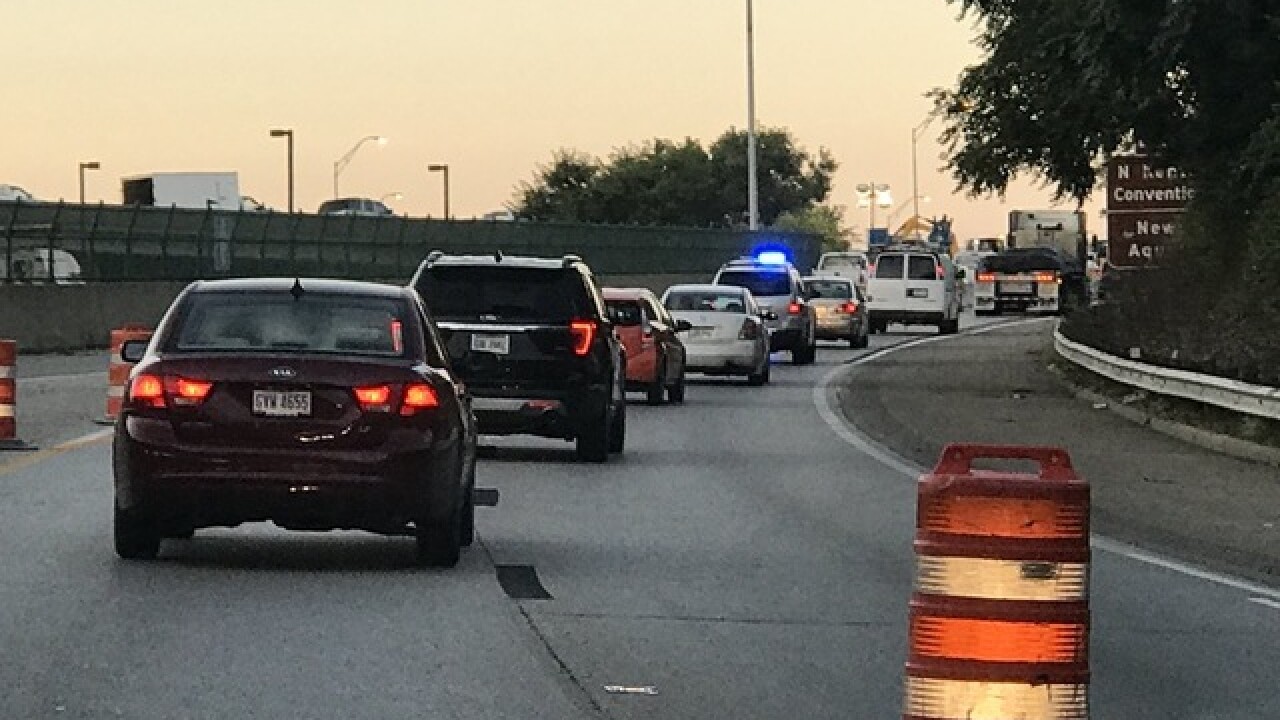 Copyright 2017 Scripps Media, Inc. All rights reserved. This material may not be published, broadcast, rewritten, or redistributed.
Kristen Swilley | WCPO
<p>CINCINNATI. July 15, 2017. Traffic is reduced to one lane on the southbound Interstate 75 approach to the Brent Spence Bridge.</p>

With the Fourth of July holiday falling mid-week on a Thursday this year, that means Tri-State construction crews will get an extended break, but drivers will still need to keep watch for the standing work zones they'll leave behind for the long weekend.

And -- if possible -- drivers might want to consider filling up their gas tanks in Northern Kentucky before hitting the road, as Ohio's gas tax increased Monday.

At least there won't be as many travelers on the roads this holiday, since it falls mid-week this year, right? Wrong.

For people driving on Wednesday, the good news is construction crews in both Ohio and Kentucky will halt work at noon that day. But for anyone traveling back to town on Friday, expect to see those crews back to work as early as 6 a.m.

Work zones -- including any necessary lane closures -- will stay in place throughout the week.

The Ohio Department of Transportation and the Kentucky Transportation Cabinet both identified the Combs-Hehl Bridge on Interstate 275 as a place where travelers from both states should expect to see some lane closures remain in place throughout the holiday week.

Motorists should expect lane closures along Kellogg Avenue near the I-275 overpass to remain. A nightly left lane closure on I-275 westbound from Four Mile Road to the Kentucky side of the bridge will begin Monday, July 1, pause on Wednesday until Monday, July 8.

ODOT's District 8 out of Lebanon identified these additional spots where drivers should expect to find standing work zones:

KYTC's District 6 in Covington pointed to these areas throughout Northern Kentucky where in-progress work zones will remain:

As for gas prices, 9 on Your Side consumer reporter John Matarese reported Monday that gas prices dropped an average of 20 cents late last week, from $2.79 to $2.59 for regular. He predicts this means holiday travelers shouldn't experience too much sticker shock at the pump this week after the 10.5-cent fuel tax increase went into effect Monday morning.