Flying through CVG? Passenger records being set this summer 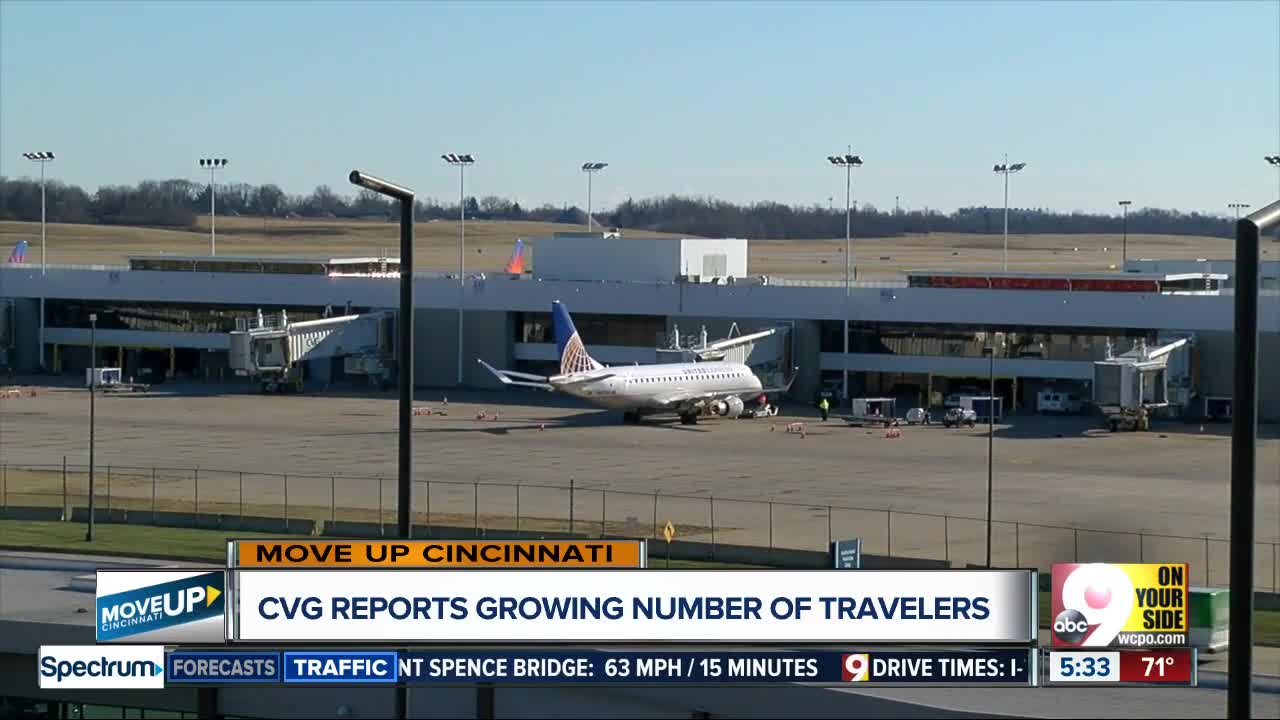 Those traveling this Fourth of July holiday weekend will have a lot of company on the roads and in the air, especially at Cincinnati/Northern Kentucky International Airport.

"I'm coming from Bradenton, Florida. I'm originally from Lebanon," said Emma Garland. "So, I'm coming back to visit my friends and we're going to have fireworks, barbecue. We're going to hit the rodeo while we're home."

"Friday, June 14 was our record for passengers flying out. It was nearly 17,000 people going through TSA security checkpoints," said Kershner. She said they expect to also have high travel numbers in July and August.

"We got here Friday. It was a family outing," said Margo Cole who was headed back home to Atlanta. "It's our annual Fourth of July, so we just celebrate a week ahead." She said she tries to avoid crowds by flying in the late morning.

"Five-thirty a.m. to 7 a.m. is that really busy time when people are catching those early flights. They want to get to their destination and be on their way," said Kershner.

Travel is expected to be heavy at the airport through Sunday. Kershner also advises passengers arrive at the airport at least two hours in advance to not only get through the security lines but also to navigate the construction outside the airport entrance.

"What we're suggesting is just slow down. Take a look at all of the road signs. We do have a lot of directional signage out there," said Kershner. The new roadway is expected to open by the end of July.

For those traveling by car, look for a jump in gas prices in Ohio. The state's new gas tax increase took effect July 1st and gas stations around the Cincinnati area were seeing an increase around 9 cents per gallon this week, according to Jenifer Moore, a spokesperson for AAA. Nationally more than 49 million people will be driving for the holiday weekend through Sunday. About 2.1 million Ohioans will be traveling, Moore said.

Meanwhile, CVG has a list of top summer destinations for travelers based on growth in passenger numbers and decreases in airfares.

"Top of that list is Sarasota, Florida," said Kershner. "Charleston, (South Carolina), Raleigh-Durham, (North Carolina). Atlanta is on that list as well," she said.