Could Oxford's new hub for trains, bikes and automobiles be a model for the state, country? 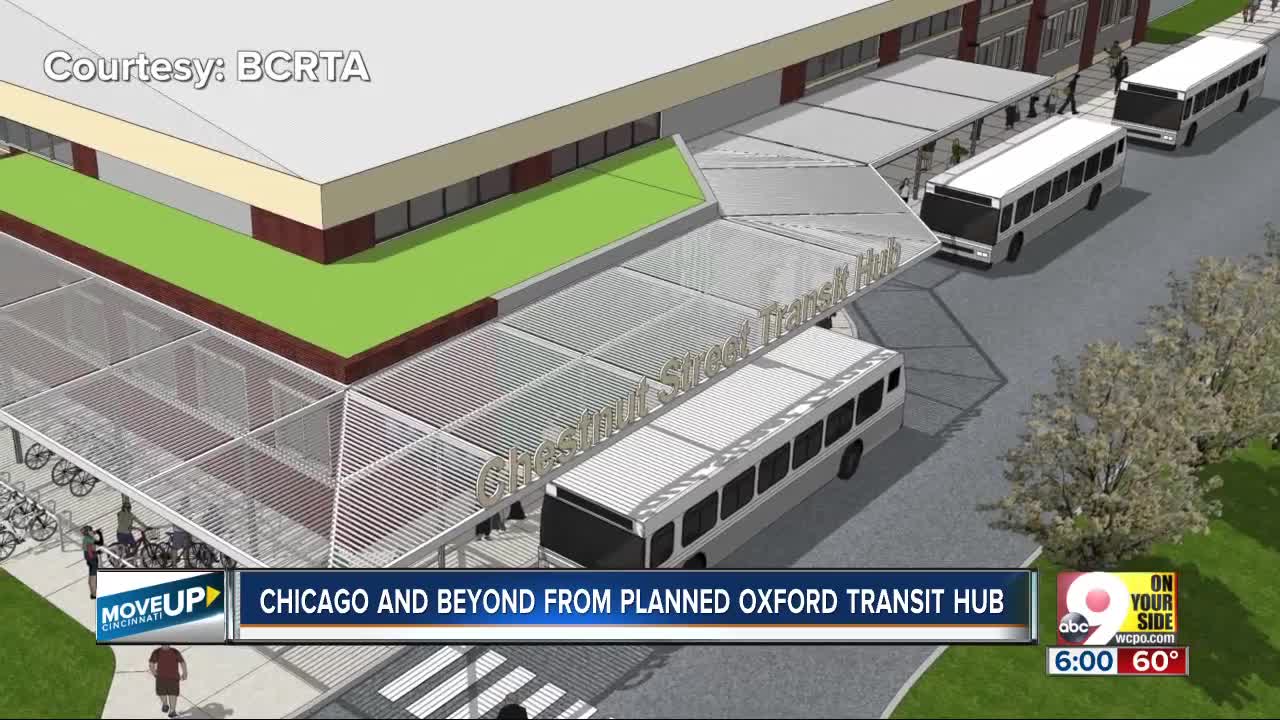 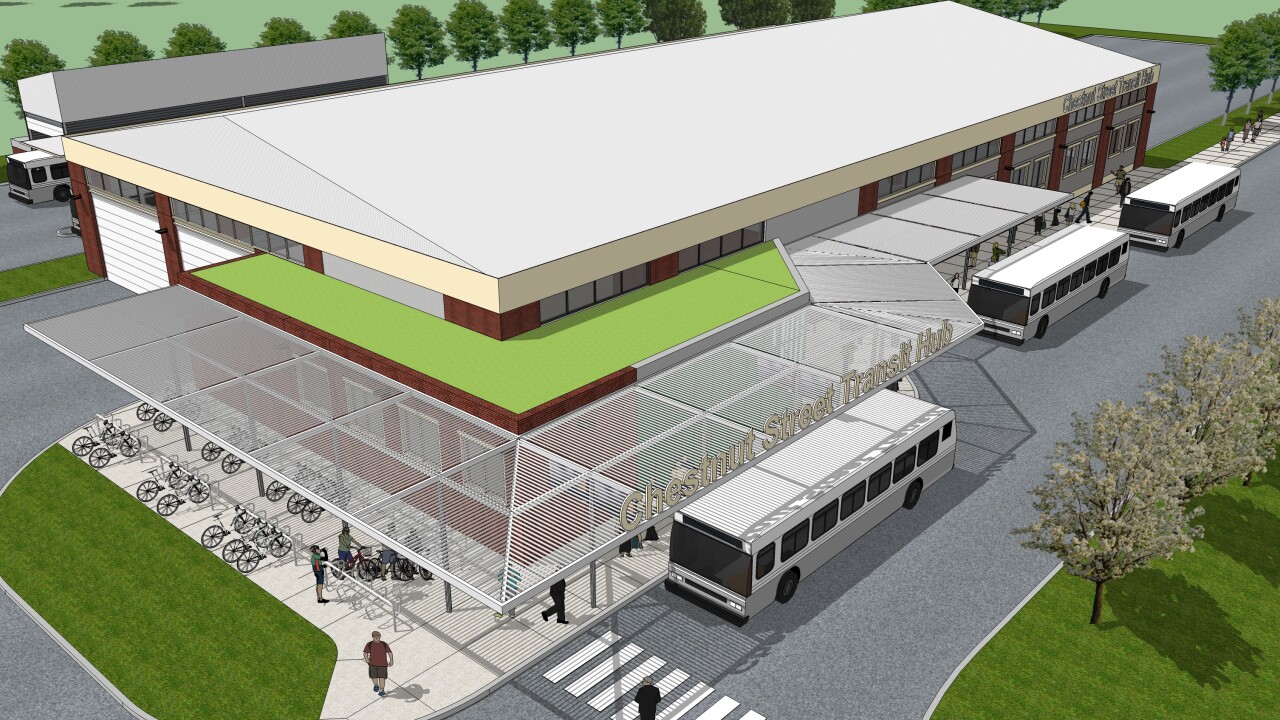 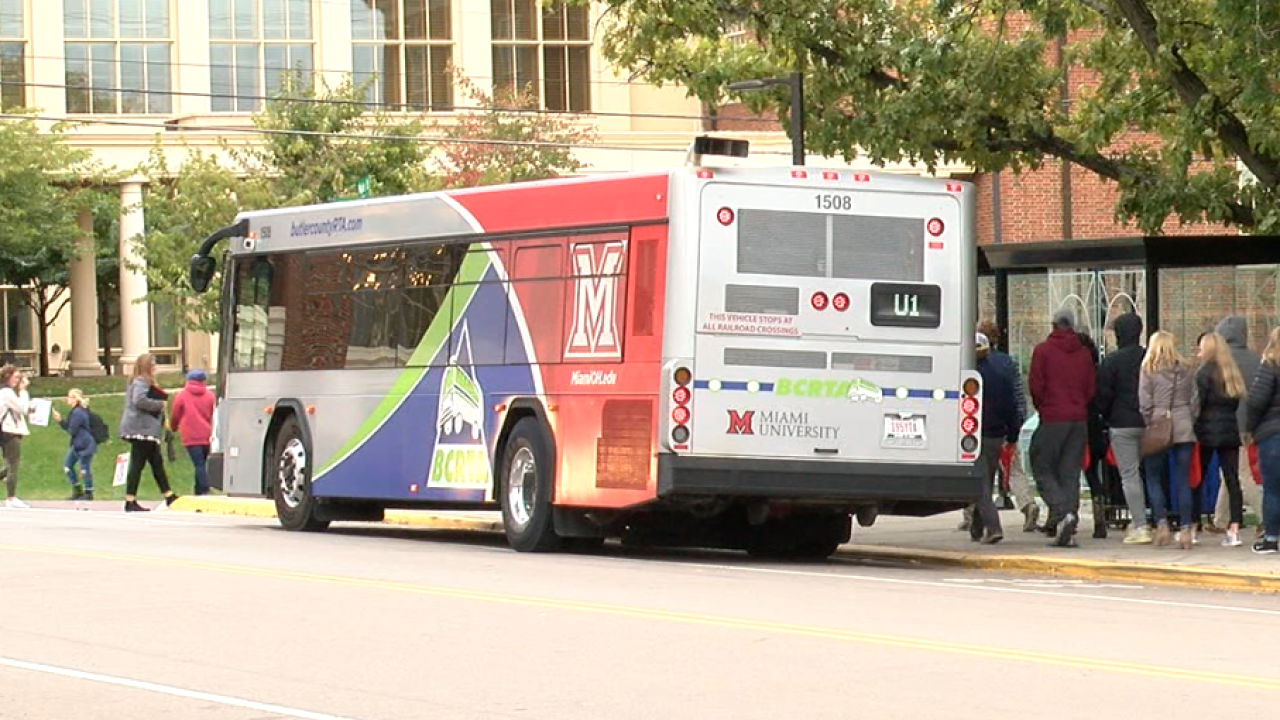 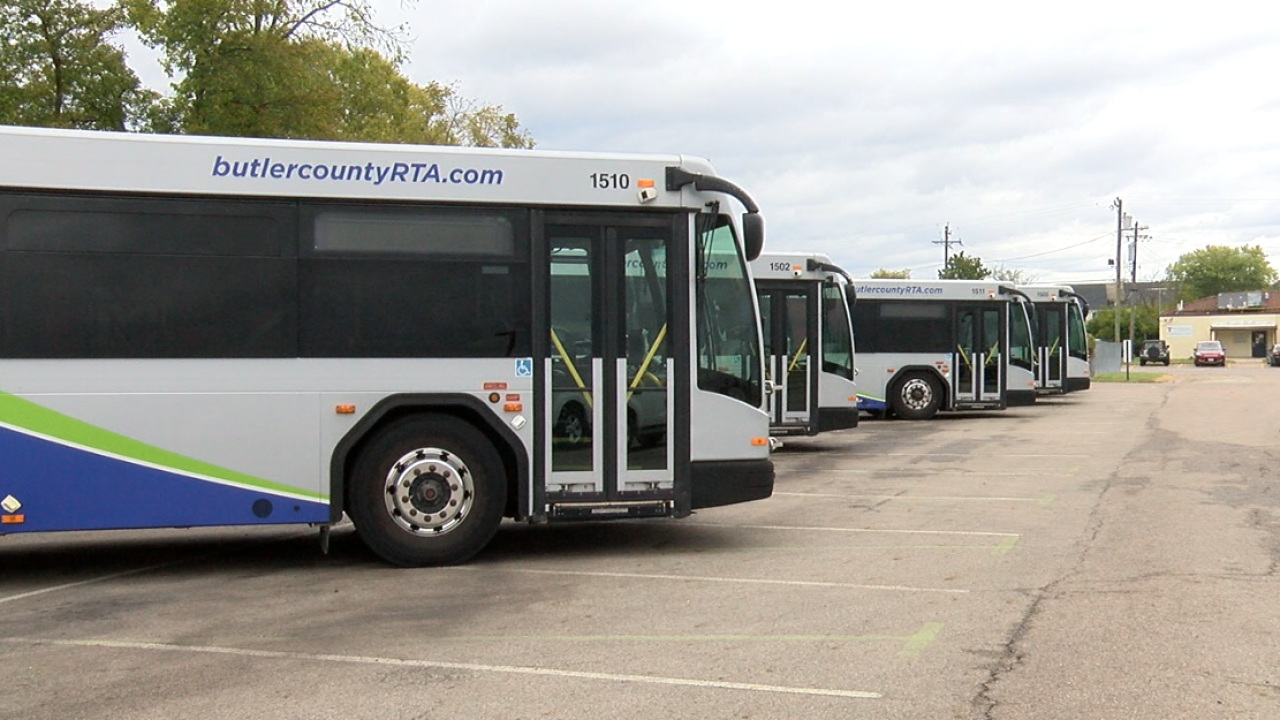 Riding the bus around Miami University and Oxford is a huge time saver for junior Christina Nickum.

"It saves me like a half hour walk every day. And then, another half hour back to campus," she said. "I think more students should use it more, honestly."

Butler County transit officials agree, but believe something is missing.

"We really don't have a gateway or presence for transit," said Matthew Dutkevicz, executive director for the Butler County Regional Transit Authority, which operates bus service in Oxford and the rest of Butler County. "If you're a visitor, you don't exactly know where to go to catch the bus."

Still, Oxford has become one of the busiest communities for the Butler County Regional Transit Authority since it began serving the area six years ago. It now provides over half a million rides a year in, to or from Oxford, primarily for Miami University students and staff.

With that kind of demand, BCRTA is looking to grow its service by making Oxford a major connector to other parts of the region. The transit authority now has the money to build a planned $9 million multimodal transit station on Chestnut Street in Oxford near Miami. It will replace an outdated facility at the same location. The new one will be a major transfer station for riders to Miami's campus and other parts of Butler County, possibly other Ohio cities, and potentially a train to Chicago.

The facility will include indoor waiting lounges and restrooms for passengers. There could even be some electric vehicle charging stations, said Dutkevicz, who described the facility as a hub and transfer station for regional passengers.

"We'll run all of our regional services from Hamilton and Middletown into this facility," he said. "We'd like to have some bike infrastructure for bike parking or bike lockers."

The bike facilities would be an attractive amenity for those using the Oxford Area Trail system, which is currently building phase two of the trail that will lead riders to Peffer Park, near Chestnut Street.

"When you get into the square mile of Oxford, it's very dense," Dutkevicz said. "We run transit more like you would probably see in New York or Washington or L.A."

During peak times, buses can run every 10 minutes. BCRTA hasn't decided yet on any route expansions from the Oxford hub, Dutkevicz said, but, there will be expanded uses.

BCRTA intends to make the facility available to longer-distance bus providers as well, like Barons, Dutkevicz said. That company's GoBus line already has more than 40 stops across Ohio including at the University of Cincinnati and in Athens, where Ohio University is located.

This month, the final half of the financing, $4.5 million, was awarded to BCRTA by the Ohio-Kentucky-Indiana Regional Council of Governments. That will allow construction to begin on the project by 2021 with completion expected by 2023.

Meanwhile, the city of Oxford and Miami University have a separate plan to build a train platform that would allow Amtrak's Cardinal line to add Oxford as a stop across the street from the BCRTA facility. The Cardinal makes three stops a week in Chicago, New York, Washington, D.C. and Indianapolis as well.

Alan Kyger, economic development manager for the city of Oxford, said Amtrak initially gave a "go" for the additional stop. However, there is currently a hold on the plan while Amtrak sorts through administrative changes. If the project gets back on track, it would allow for an easy ride home for a number of Chicago-area students who attend Miami. Kyger said Amtrak sees the additional stop in Oxford as a way to tap into the millennial market, which seems to seek shared transportation options.

Early projections for the cost of the proposed Amtrak platform is around $1.5 million. Kyger said the city of Oxford and Miami are already committed to paying $350,000 each for initial design costs. They would apply for grants to cover the remaining construction costs.

BCRTA already shares the Chestnut Street property with the city of Oxford, Miami University and Talawanda Schools. All four entities will continue to share the facilities which will also include climate-controlled garage space, maintenance structures and fueling. It will also serve as a park-and-ride location for passengers.

"You know parking can be tough (around Oxford)," Dutkevicz said. "It's very dense. There's a lot of people. It's a small space and it's a perfect application for public transit."

“A lot of my friends use this parking lot (on Chestnut Street) and they complain about how far it is and stuff from campus," she said. "So, I think if they did do some improvements and just make, you know, the parking lot nicer and find some better ways to connect this parking lot to campus it would be really good."