We didn't get Amazon's HQ2, but Cincy is still attracting companies because of Amazon. Here's why. 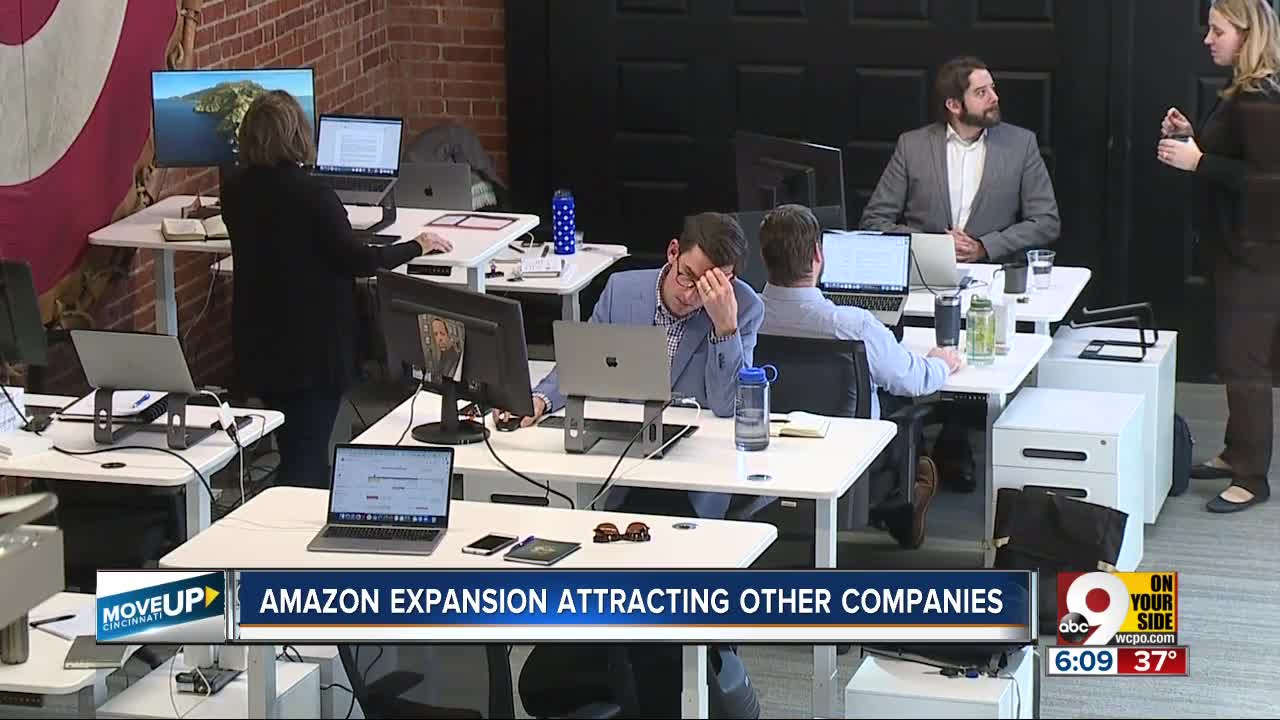 Companies moving to Cincy to be closer to Amazon air hub 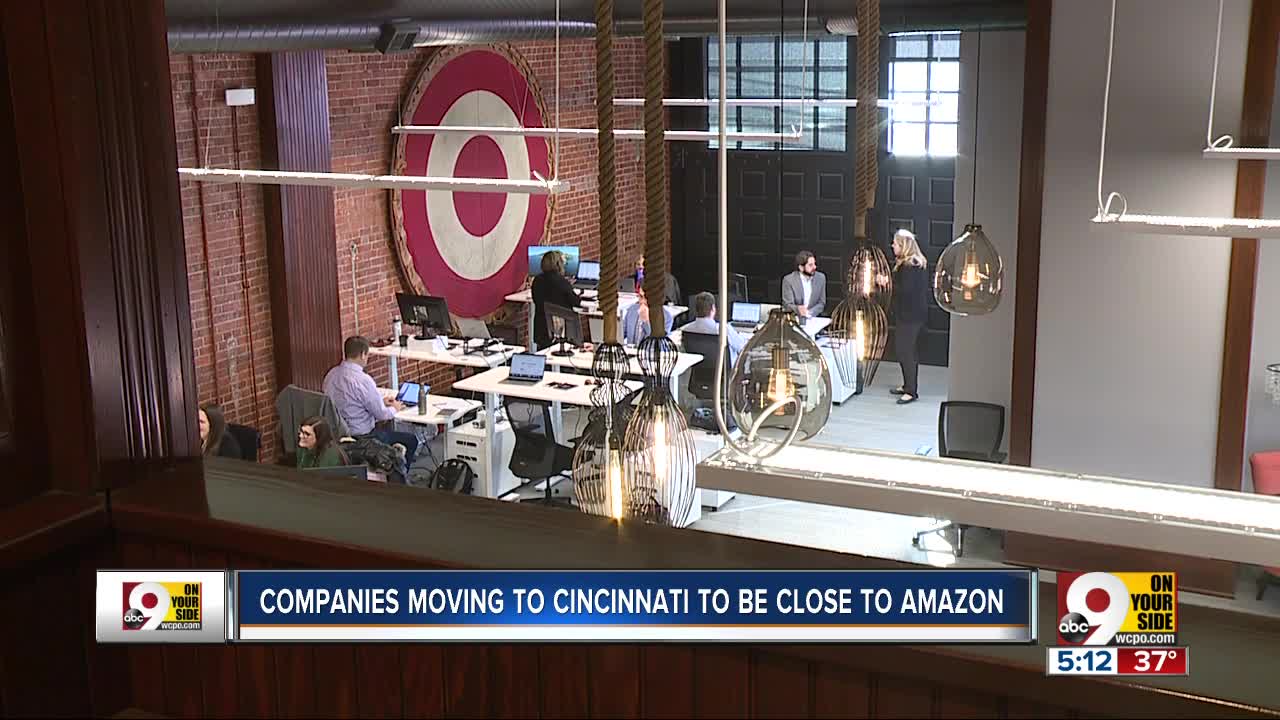 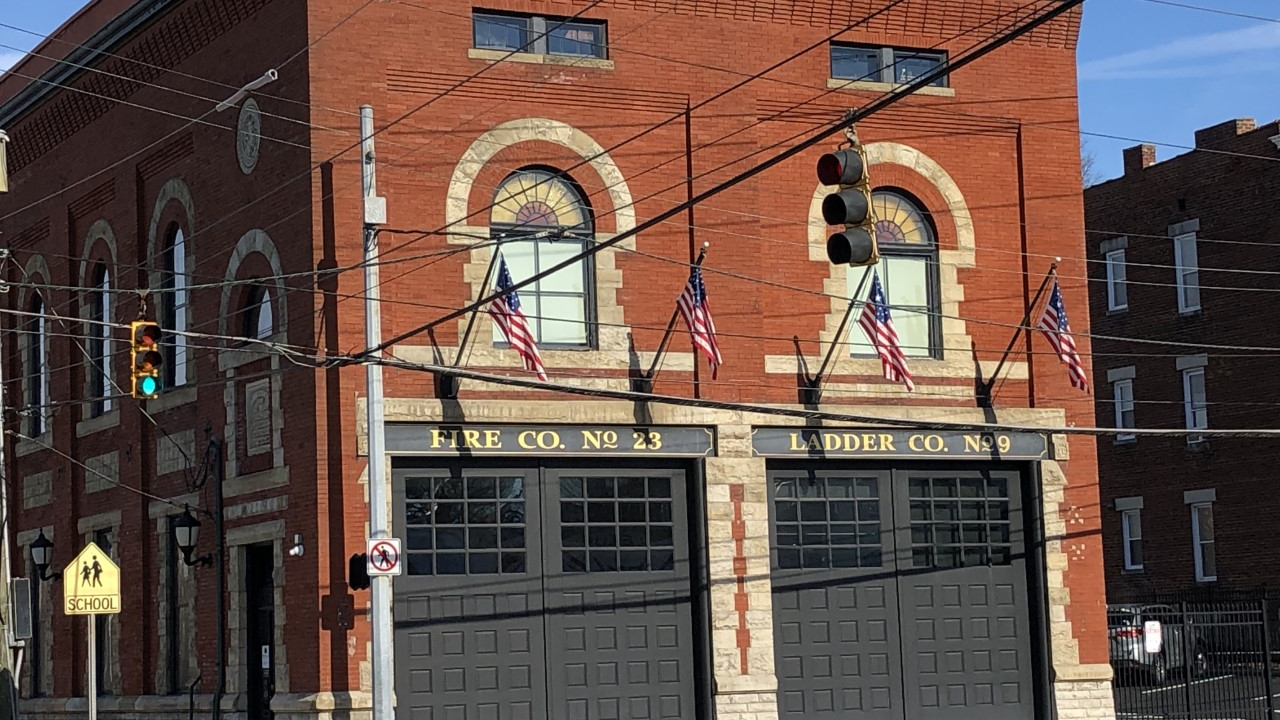 Timing was everything for Carrie Sarver, who describes herself as a born-and-bred Cincinnatian. After 10 years in Washington, D.C., she was ready for another move.

Fortunately for her, she moved back to town just as D.C.-based company Amify was preparing to bring its second headquarters to Cincinnati, near Amazon's CVG cargo hub.

"I thought, with Amazon opening up their hub at the CVG airport location, that it sounded like a great opportunity," Sarver said. She got the job as a marketing director for Amify.

Amify, which focuses specifically on boosting and managing brands that sell on Amazon, is one of the first companies to move operations to the area. It also recently moved its North American headquarters to Arlington, Virginia, to be closer to the new Amazon HQ2.

The decision to open a second headquarters in Cincinnati resembles the Virginia move. The company expects to grow its Cincinnati headquarters from a dozen employees to at least 90 by the end of 2022, with a payroll of around $8 million. Amify was attracted to Cincinnati in part because of tax credits from the state of Ohio, but company officials added they believe the region's strong talent pool was another bonus.

"Obviously with the CVG Amazon air hub that's opening here, that was a huge decision," said Sean Lee, vice president of marketing for Amify. "But really it was just the talent base that's in Cincinnati."

He added that major corporations already based in Cincinnati make it easier for other companies to move here.

"The ecosystem that supports Kroger, P&G, all the logistics hubs at CVG, it's the perfect space with the talent that we need to really grow and run the Amify business," Lee said.

Amify was founded eight years ago as a re-seller on Amazon, but its current focus is on helping other companies market their products on the platform and protect their brand images.

"We'll help them set up their executive level strategy," Lee said. "We'll do their content, we'll do their advertising and even run operations and logistics just to make sure that they're in stock at the Amazon warehouses."

Amify received support from local tech investor CincyTech, according to CEO Mike Venerable. He said he expects many more companies to take advantage of Amazon's presence in the Cincinnati area.

Venerable believes Amazon will continue to grow, and that it's likely the Tri-State could grow to match over the next several decades. Supporting the cargo hub will require a far-reaching corporate infrastructure and create jobs in areas like manufacturing, engineering and design.

"There's international shipping that comes with that," he said. "It's logistics and all the things that support it."

The Regional Economic Development Initiative, or REDI, Cincinnati is also helping to draw businesses to the Tri-State because of Amazon.

"We have to be ready with talent and infrastructure," said Gina Rittinger, vice president of marketing and strategic communications for REDI Cincinnati.

She said a second business, air cargo equipment company Satco, is also expanding with a new location in Loveland. That new office is expected to grow to 70 jobs.

"There are a large range of companies being attracted to this region because of Amazon," she said.

Meanwhile, neighborhoods will continue to feel the impact of the growth. Amify moved into an old fire house on Madison Avenue in East Walnut Hills in late 2019. The building had already been restored by the owner, and it's still got historic charm. Lee said they looked at several parts of town, but the building and the neighborhood were a perfect fit for the company.

“We wanted a space that was going to be fun, vibrant, in a great neighborhood that would help us attract talent and in a really cool kind of historic building," Lee said.

However, the old firehouse may not be a permanent address. Lee said once their workforce doubles there, they'll need to find a larger location. He believes they have a big niche to fill.

"(There are) over 30,000 brands that sell on Amazon that all have problems kind of running that operation, so there's a huge network of people that we can work with," Lee said. "We're super excited about the region and the talent base that's here."

Sarver, a Miami University alumna, believes local universities can create a pipeline of talent for Amazon and supporting companies.

“I think the talent pool coming out of school are actively looking for jobs here like I was, and with the growth of companies like Amify and the start-up scene becoming more and more prominent, there’s just lots of opportunity,” she said.

What's more, Lee sees the region potentially becoming an "'Amazon expertise area,' just like we have in marketing and some of those other fields."