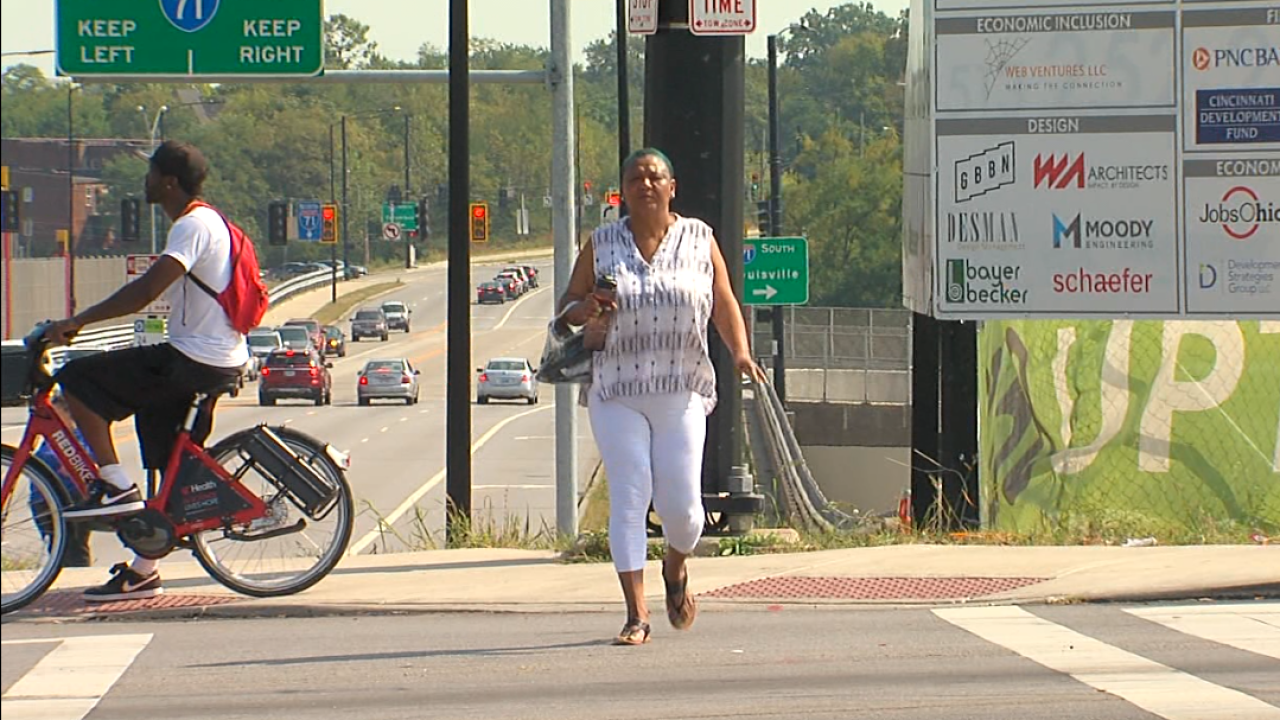 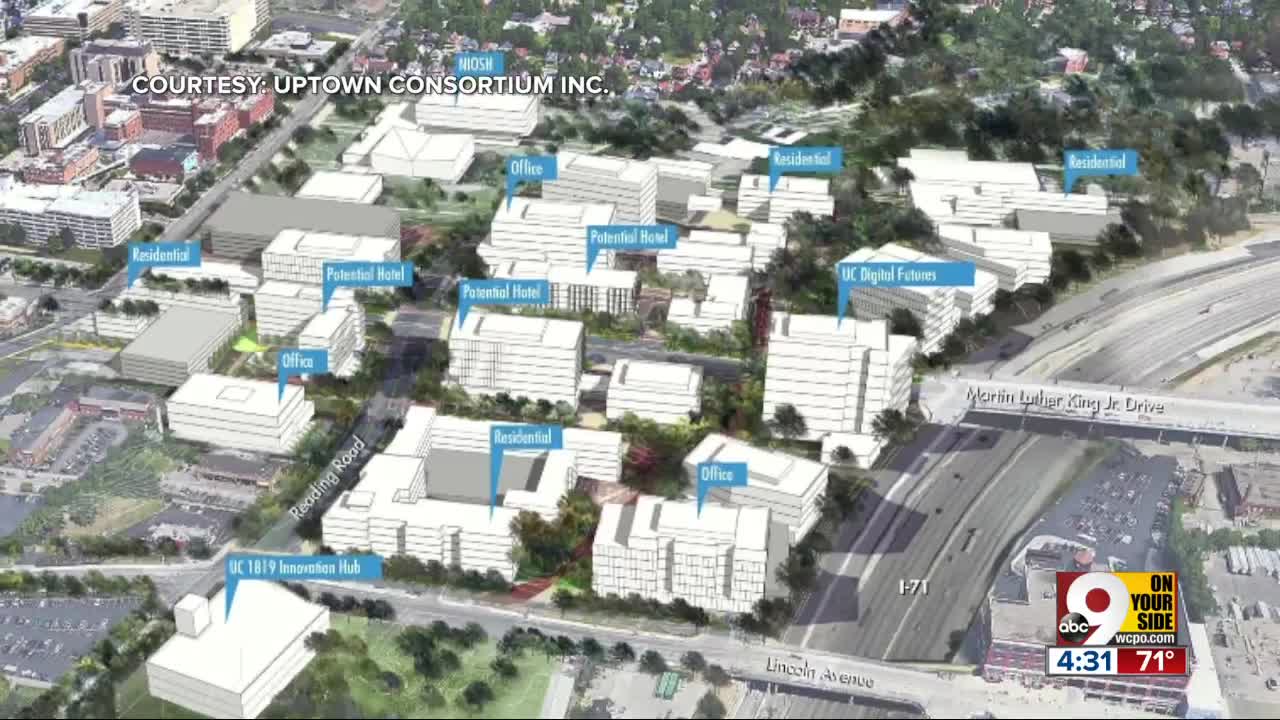 For some Avondale pedestrians, trying to cross the eight-lane Reading Road at Martin Luther King Drive intersection is like trying to climb a mountain.

Some of those steps come in the area of Reading Road and MLK, which is the site of the emerging Innovation Corridor development.

"I recall one time I was walking up that way and the car didn't know they needed to turn," Foster said. "Everybody was blowing, I was saying hey, stop, because they were about to hit me."

How do you make Reading Road at Martin Luther King Drive safe for pedestrians when potentially several thousand more cars will be crossing the intersection in about three years? That's the question the Uptown Consortium is asking Fred Merrill. He's a planning and design expert for Boston-based Sasaki Associates, Inc.

Merrill's job is to come up with ways to make the Innovation Corridor safe and pedestrian-friendly. He knows it won't be easy.

"It's a very daunting pedestrian experience," Merrill said. "We are, frankly, challenged a little bit by the scale of MLK and Reading."

The Innovation Corridor is the four corners of Reading Road and MLK designed to take advantage of the proximity to the I-71 and MLK interchange. The area is intended to attract medical, research and tech companies, retail and some residential. It is also expected to attract up to 7,000 workers, many of whom may drive to the Avondale intersection, where a number of existing residents walk.

Sasaki is talking with the Uptown Consortium about ways to safely direct heavy traffic through the area, while at the same time creating an inviting space for walkers, bikers and anyone else not driving a car.

Mike Brown lives in Walnut Hills, but his commute on his bike takes him through Avondale.

"Only thing I can say is keep your eyes open," said Brown, whose strategy for riding safely through the heavily congested area includes giving himself plenty of time and riding on the sidewalk.

Without bike lanes or trails, it's the best option -- for now.

A number of traffic calming measures are being considered at the intersection of MLK and Reading Road. Ideas include lighted crosswalks and safety islands as a midpoint for pedestrians to pause while crossing the street. Reducing the speed limit is another option, along with eliminating right turn on red and tightening up the curb radius at the intersections so that cars can't go around the turns as quickly, Merrill said.

"Making it walkable to me means making it safe," said Sandra Jones Mitchell, president of the Avondale Community Council.

She said the walkability could also encourage economic growth for the community.

"If we make that corner friendly enough, people will want to come spend money and time in Avondale," Jones Mitchell said. "Maybe (they would) buy homes and help out with what is happening right now in Avondale."

"We use this term 'park once principle,'" Merrill said. "We hope people when they arrive would park once, leave their car and spend any time they have in the district."

UC Digital Futures Building, the new National Institute for Occupational Safety and Health research facility and other projects are expected to invest more than $1 billion in the southern end of Avondale. In addition, the developments will have retail, office space, hotels and lots of green space.

Jones Mitchell said it will be important to make sure current Avondale residents feel included and welcome in those spaces.

"It can't exclude anyone," she said, explaining that she wants to make sure the new Innovation Corridor doesn't create a divide within the neighborhood.

"Having a walkable community to me means having things that the community can buy into," Jones Mitchell said. "Not just spend their money, but also spend their time to go up there with their families, and have a date out. Perhaps with their spouse, or playing with their kids and be a part of that."

But some residents in the neighborhood are feeling unwelcome with some of the growth happening in Avondale, Jones Miitchell added.

Foster said she's willing to talk to planners and give them her perspective as a pedestrian, "just to get an understanding of how walkers, pedestrians use the road."

Meanwhile, Merrill said the green spaces are for everyone.

The area is intended to be inclusive and create economic development opportunities for everyone from scientists to high school graduates.

Merrill said decisions on what methods will be used will be made as the developments go forth. The UC Digital Futures Building is expected to be completed first. Merrill said that project will likely start the pedestrian elements in the area.